The tournament follows a regular season schedule with a playoffs at the end of the season. Participants must play on a Playstation 4. 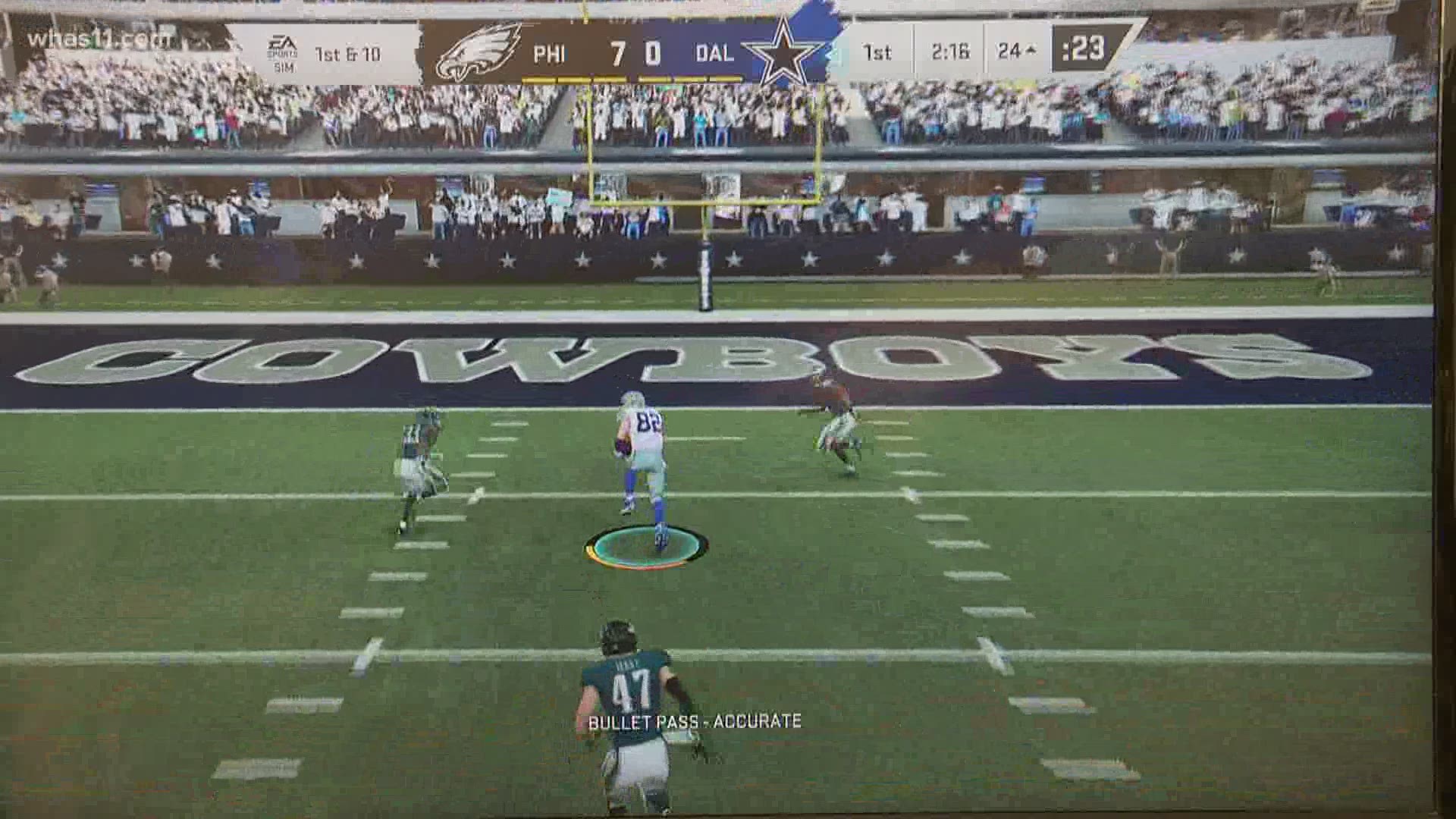 LOUISVILLE, Ky. — Registration is now open for an E-Sports tournament hosted by Louisville Parks and Recreation.

They are looking for sixteen players to play in a league for the latest version of the EA Sports Madden NFL franchise.

Louisville Parks and Recreation Athletics Supervisor, Brady Buckley, says the Madden tournament is a way for people in the community to compete in sports in a safe manner.

"We were looking to see how we could provide safe programming during this pandemic," Buckley said.

This tournament is the first time Louisville Parks and Recreation has offered an E-Sports event.

"Everybody's just excited because this is something that's totally different and video games are very popular among teens and young adults," said Buckley. "Traditionally, that's where Parks and Rec have struggled, 70% of kids stop playing sports by the age of 13 so it allows us to tap into that target market as well."

The tournament is going to span over a few weeks and participants will lead their team through a regular season followed by a seeded tournament for a first and second prize.

There will be two groups for the tournament with a 14-17 league and an 18 and older league. Louisville Parks and Rec is looking for sixteen players per league.

"We're looking for a max of 16," said Buckley. "If the word really gets out there and we have to offer more, we have a game plan in place so we can offer it to more people."

Those who want to enter the tournament can register online at bestparkserver.com and pay a $10 entry fee.

Depending on how this E-Sports tourney progresses, more events like this could be in the future for the parks department.

"We just wanted to start out small, just to see how it works for the city of Louisville and then after that we'll expand to NBA 2k and hopefully get FIFA and also MLB The Show," Buckley said.

Participants must have a Playstation 4 to enter and an online subscription to Playstation Plus.