The large Christmas tree will stand in Jefferson Square Park during the holiday season. 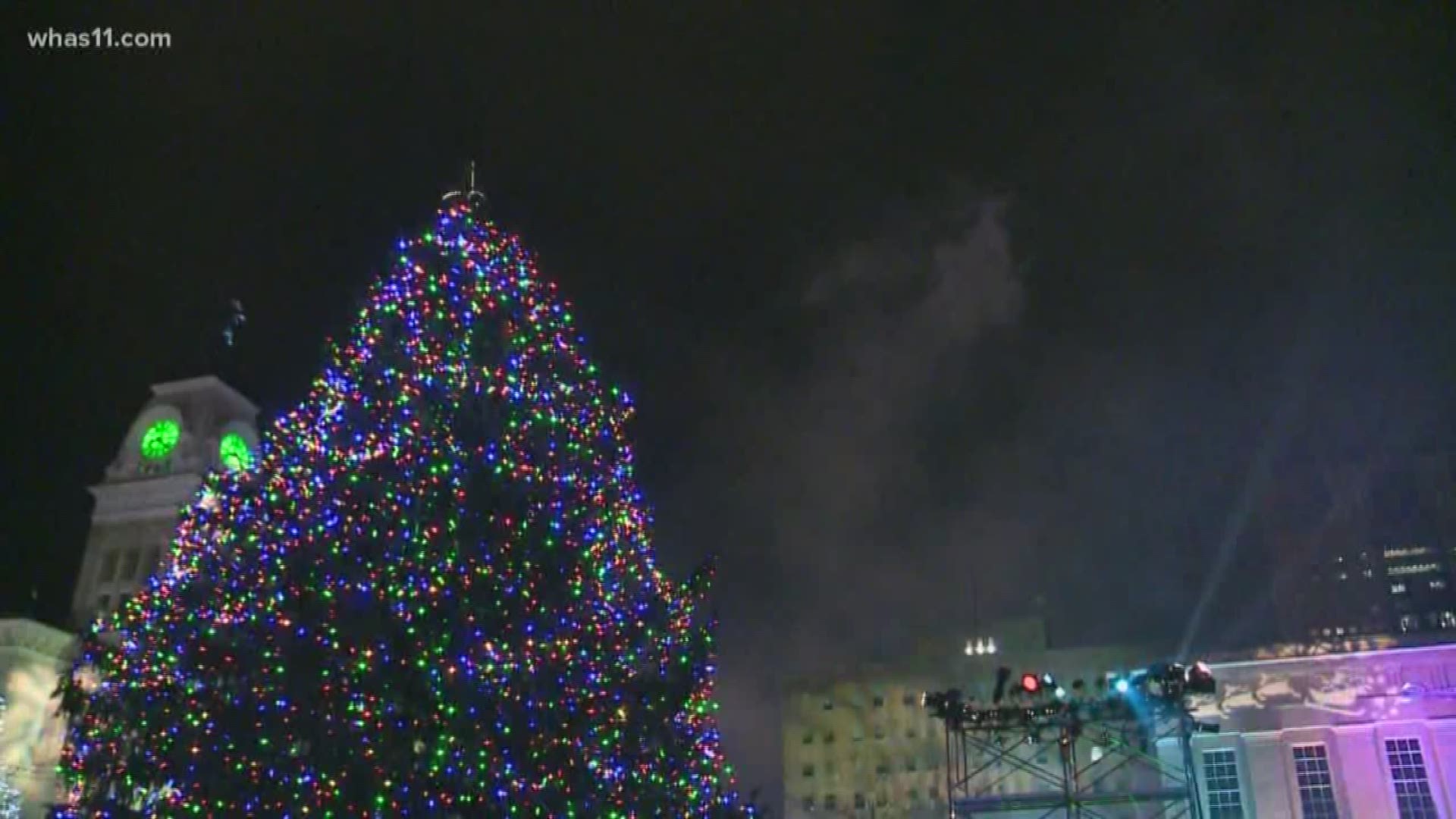 LOUISVILLE, Ky. — Louisville Metro is looking for someone to donate the large Christmas tree that will stand in Jefferson Square Park through the holidays.

“This tree will be the centerpiece of Light Up Louisville and the city’s month-long celebration of the holidays,” said Mayor Greg Fischer. “We’ve been blessed with good luck in finding the perfect Christmas tree every year. If you believe you have one that fits the bill, please give us a call.”

The tree should be a spruce or fir, about 40 feet tall, healthy and well-shaped.

The city will cut and transport the tree to its prominent spot across from Metro Hall at Sixth and Jefferson streets.

The tree donor will attend the Light Up Louisville sponsor reception as a featured guest of the city as well as the Light Up celebration.

Light Up Louisville is held annually on the day after Thanksgiving. This year, the event, in its 39th year, will be held on Friday, Nov. 29.

The tree will be moved with the support of LG&E, Bob Ray Company and Louisville Parks and Recreation.