The FOP held a meeting to discuss the major staffing shortage. It came as LMDC suspended one jail leader, and some said they want to see more change. 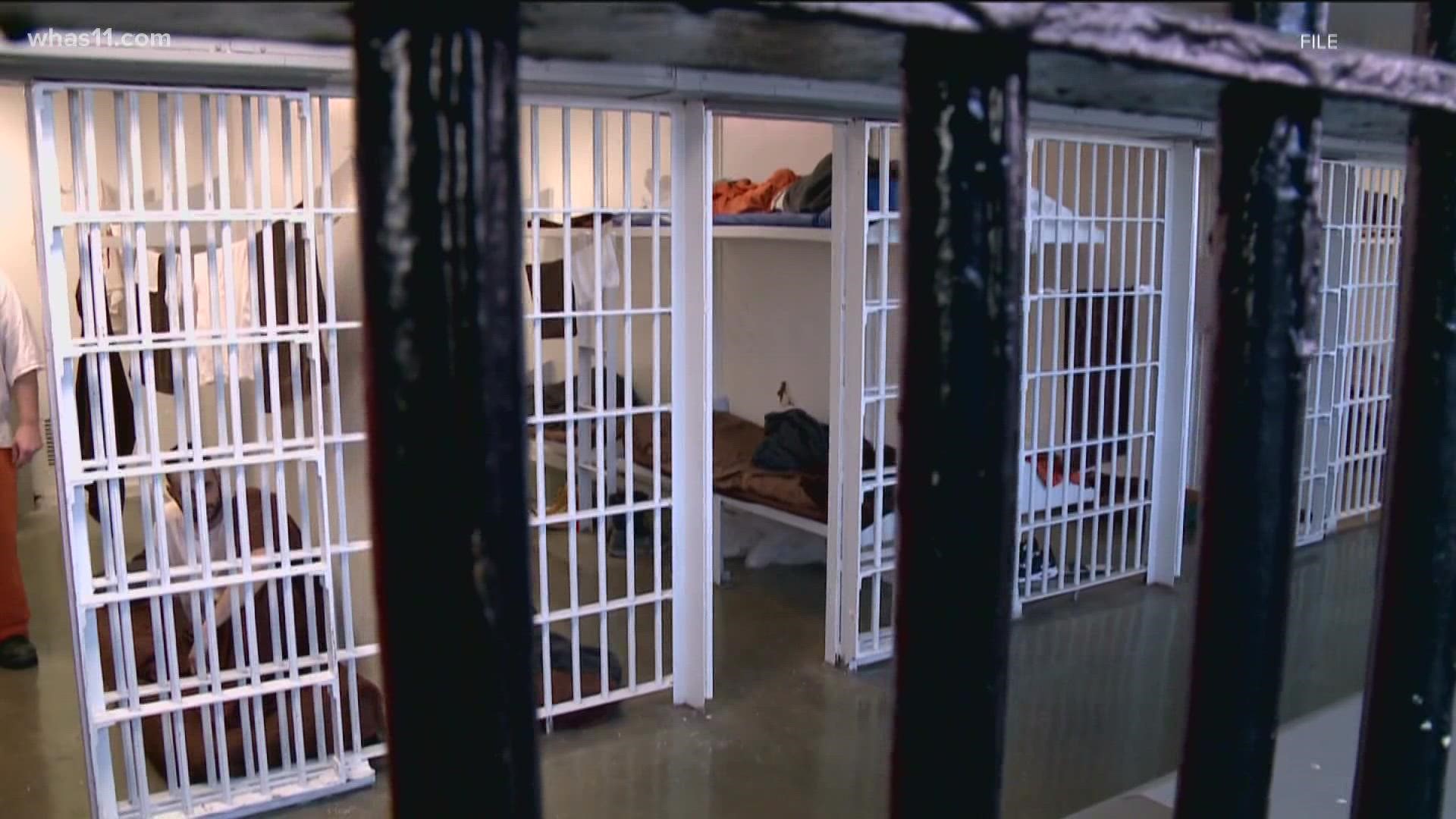 FOP hosted their own community meeting Tuesday, speaking with government, religious and community leaders about conditions at the jail.

Since June, the department has been running on a limited staff - as of Sept. 14, there were more than 120 open positions and about a dozen officers in training to fill those roles.

Some officers said they have been working 72 to 80 hours a week to fill in the gaps.

Right now, LMDC is on track to spend $10 million on overtime this year. Last year, it was $7 million.

"We have a duty, we are not able to complete that duty because of the indifference and the lack of effort," Dotson said.

LMDC Assistant Director Steve Durham said leaders have worked to alleviate the issues. They've rolled out hiring and retention incentives of up to $2,000 and creating a branding initiative.

The jail also agreed to temporary double overtime pay last week, desperate to bring in help on the weekends.

While Johnson said the agreement did help some this weekend, with volunteers coming in to help, he called it a "temporary band-aid" that can't be sustained.

"It's a little early to know what the long term is going to look like," Durham said.

Durham didn't say why Ashby was suspended, but FOP members said it comes after an email Ashby sent last week, that they felt shifted the blame for LMDC's issues.

"If there's an issue at LMDC it's the issue that's been there for a decade or more," Dotson said.

"Hiring and retention and what the director of metro corrections had been doing, actually not doing to get those corrected," James said.

James and Dotson said change needs to start at the top, with more changes to LMDC leadership.

“Metro corrections has had issues with leadership for several years and that has effected the staffing there," James said. “Director Clark’s position is an appointed position the mayor just simply has to say your services are no longer needed, and someone else is up.”

The FOP has been in discussion with Metro Council members about some other ways they could address the shortage quickly.

Two potential solutions would be declaring a state of emergency in the city to bring in the National Guard or other law enforcement officers, according to Metro Council President David James.

James said Council has asked the County Attorney for a legal opinion on if the jail is eligible for help from the National Guard, and is awaiting a response.

A specific plan to address the staffing shortage has not been released.

Johnson said the boost in overtime pay will be in effect for 60 days, and it applies to officers, sergeants, lieutenants and captains.