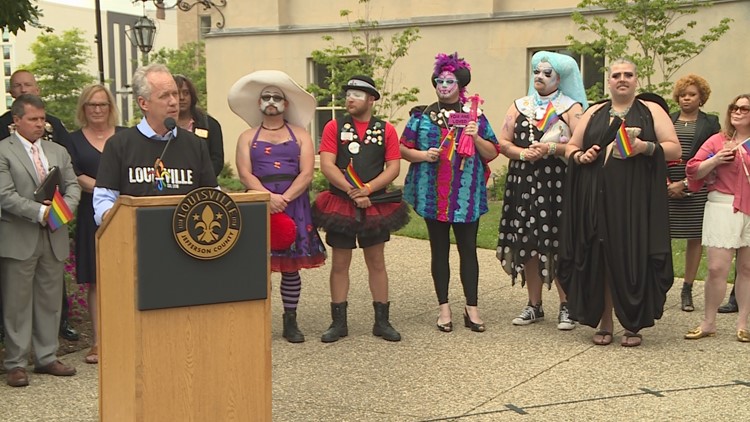 City officials kicked off the week by raising two Pride flags in front of Metro Hall.

“Louisville is a compassionate city where everyone is welcome,” Fischer said in a statement. “Let’s join together to show support and unity for our LGBTQ family, because no matter where you’re from or who you love, Louisville welcomes you.”

Fischer says Louisville is the first Kentucky city to display an international symbol of inclusivity by raising the flag.

City Hall’s Clock Tower will be lit in Pride colors in support of the city’s LGBTQ residents.

The Pride parade begins Friday at 7 p.m. at Market and Campbell Streets and proceeds to the Big Four Lawn where the Big Four Bridge will be lit in rainbow colors at dusk.

For more details about the pride festival, visit http://www.kypride.com/