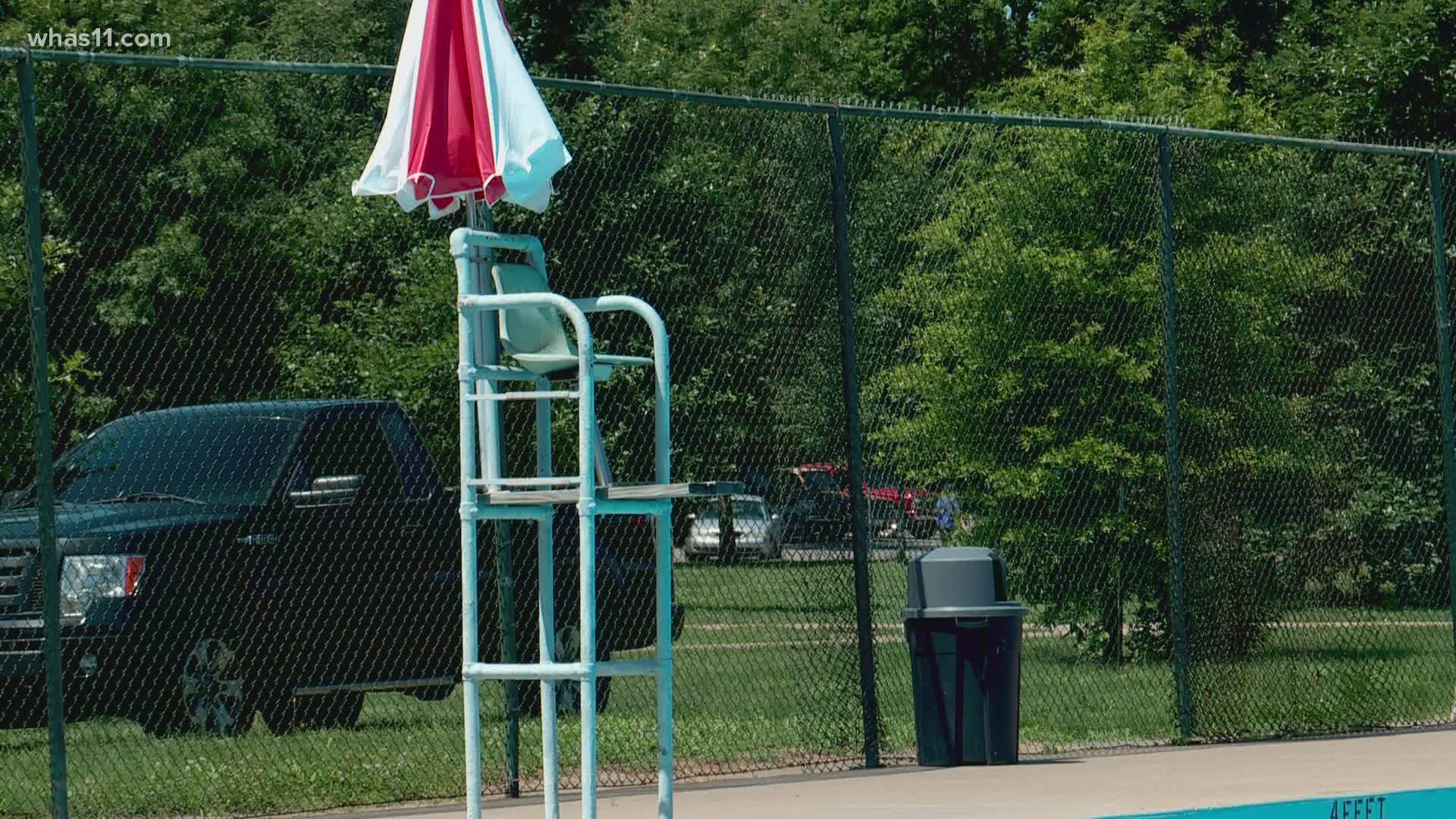 LOUISVILLE, Ky. — Louisville Metro Parks is looking for lifeguards as more people start heading to the pools this summer.

According to Louisville Metro Parks Aquatics Supervisor Keith Smith, the department is looking to hire six to 10 more lifeguards this summer to ensure they have enough staff to avoid closing the pools. This past weekend, Algonquin pool was closed unexpectedly when lifeguards called out without anyone available to replace them, Smith said.

"It's really hard on this community to do that and that's why we need the extra guards that we need," Smith said. "We even went to swim meets and tried to recruit swimmers to work as lifeguards."

But hiring lifeguards is easier said than done. Smith said out of seven lifeguard training classes held this year, only six people have signed up to work with Louisville Metro Parks as lifeguards.

"Last year with the pandemic, not having any lifeguard classes and people getting other jobs, now they're working other jobs and making more than what they were making as lifeguards," he said.

Louisville Metro Parks is offering to pay for a person's entire lifeguard training program if they can complete the prerequisites for becoming a lifeguard, which includes swimming 300 yards, treading water for two minutes and carrying a 10-pound brick from the bottom of the pool for 20 yards in one minute and 40 seconds.

"The pre reqs [are] the hardest part," Smith said. "If they can get through the pre reqs, I tell them the rest of it comes easy because we're going to teach you the rest that you'll need to know."

The next lifeguard training class is Monday from noon to 5 at Algonquin Pool. Smith said people who are interested can show up at noon with a photo ID, their social security card or their birth certificate and their bank account information.