The Jefferson County Sheriff’s Office said it is conducting a review after an inmate was left in a dark cell at the Hall of Justice. 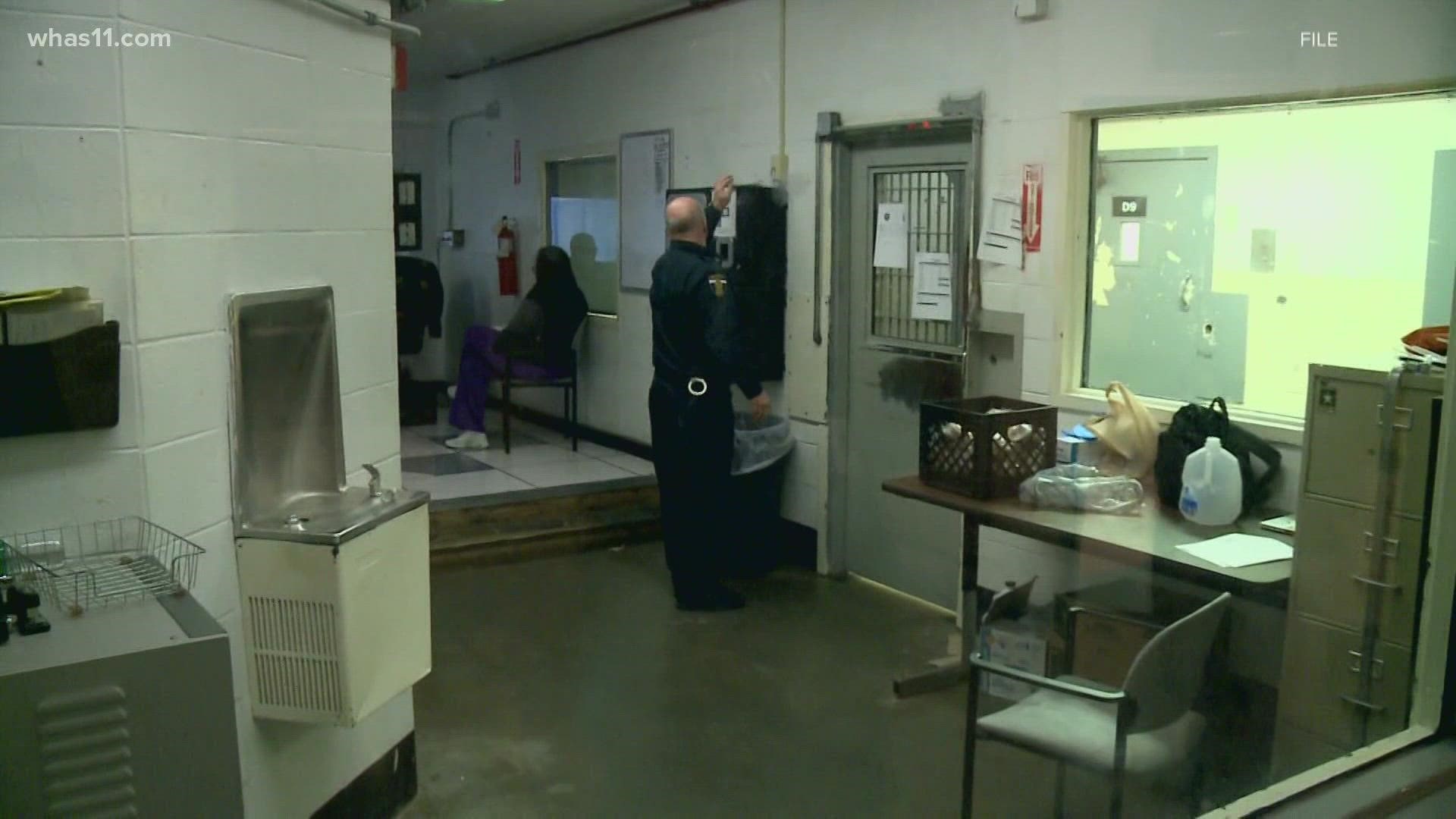 LOUISVILLE, Ky. — An inmate at Metro Corrections was missing for hours Wednesday before anyone noticed he was gone.

At 9:30 p.m., a Metro Corrections officer went to make his routine checks, ensuring every inmate is where he or she needs to be. During that time, he noticed one inmate was missing.

The jail was locked down, and all living areas were checked to see if the inmate was in the wrong housing unit by mistake. About an hour and a half later, the inmate was found, unsupervised, in a dark cell at the Hall of Justice.

The inmate was scheduled to be in court at 9 a.m. All inmates are supposed to be back in the jail by about 6 p.m., however this inmate was left in a holding cell until 11 p.m.

The Jefferson County Sheriff’s Office typically calls the jail to come pick up any inmates who had a court date, but Wednesday, something went wrong. The sheriff’s office said it is conducting a review, but denied an interview until that review is complete.

Louisville Corrections FOP Lodge 77 President Daniel Johnson said 9:30 p.m. is pretty late to be making inmate checks, but it’s the first opportunity this officer had to make checks. He was working a wing by himself at the end of his second 16-hour shift.

“Normal circumstances, fully staffed, we would have discovered that much earlier but when you have one person running around doing the job of multiple people, it takes much longer to get to those things,” Johnson said.

Metro Corrections has more than 90 staff vacancies right now. Johnson said he wants the city to invest funds into Metro Corrections staff. He said people can get paid more working at a grocery store or in a fast food restaurant, without having to work in dangerous conditions.

“People are getting hurt, they’re getting tired and it won’t be much longer, there won’t be anyone to staff the jail,” Johnson said.

The inmate left alone in a cell did not have a medical emergency, and did not escape, but Johnson said something needs to change soon, or the outcome could be much different.

“[It] could have gone much worse than it did, and if the city doesn’t do something quickly to address staffing issues, it’s going to take longer and longer to discover them,” Johnson said.

Johnson said he hopes Metro Corrections will get a portion of the ARP funds given to the city.