Louisville Tourism reported downtown hotel occupancy at 75% the weekend of March 6, which at the time was the highest since March 2020 before the shutdown. 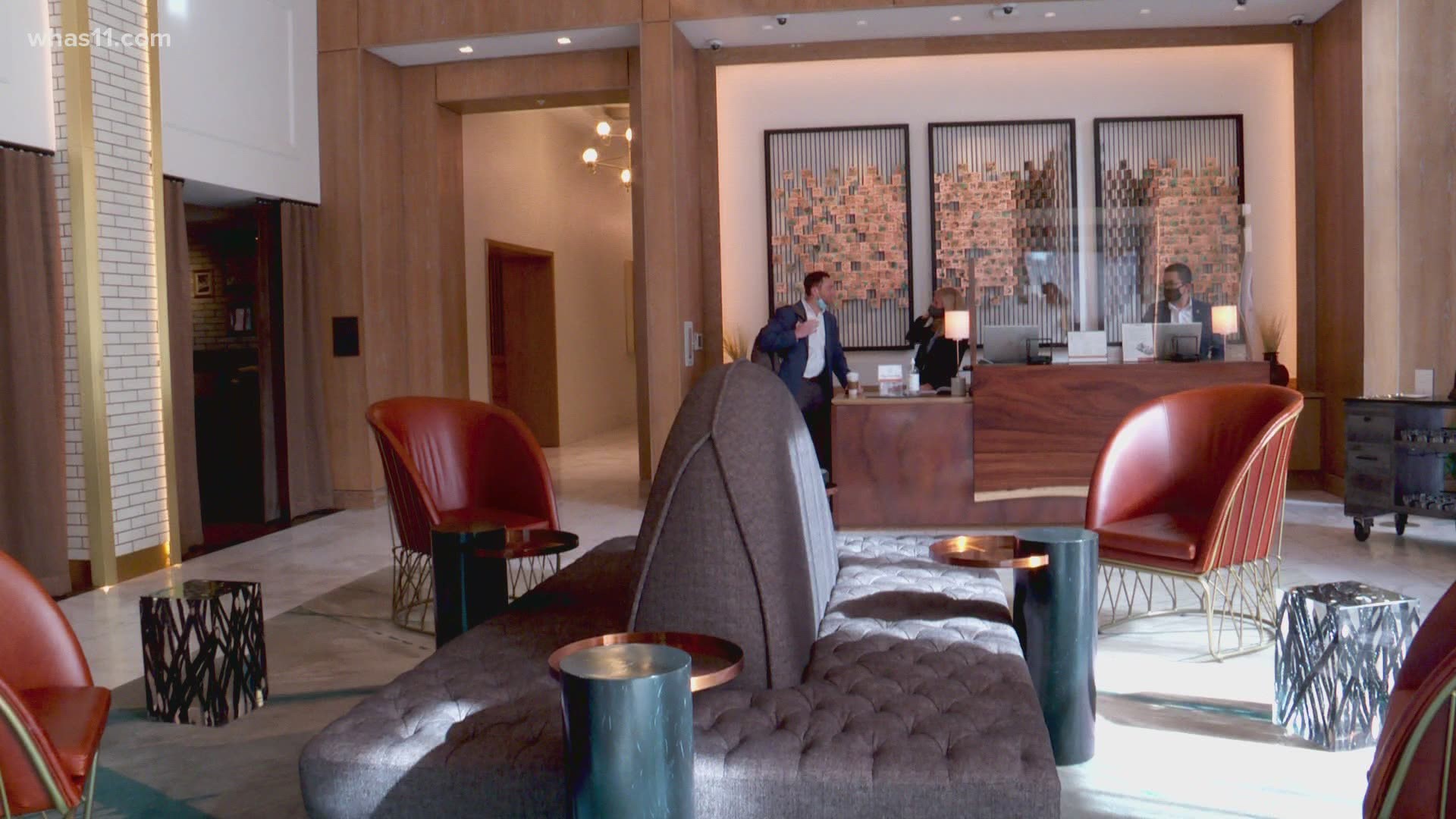 "We had one large function on March 13 of last year," he said. "I'll always remember it. They said everybody needs to stay after, even those that worked this morning, and they said, 'So sorry, but we're having to shut down. This is a bigger thing than we ever expected it to be.'"

Like many others, Krivitz lost his hotel job working as a banquet manager during the coronavirus pandemic as hotels around the country closed their doors as state's implemented curfews and travel restrictions. But with travel returning and visitors once again filling hotel rooms, Krivitz received some good news Monday morning.

"Got my job back, so it's a sigh of relief because it's great money," he said. "I liked everybody I worked with. I love hotels."

"It's been so cool to welcome people back in and see those familiar faces," Jasmine Reed said.

Reed, the cluster director of human resources for White Lodging, which runs several hotels in Louisville, including Hotel Distil and the Louisville Marriott Downtown, met with many prospective employees Monday at Hotel Distil for a hiring event. Reed said she was looking to fill more than 50 hotel jobs that included entry-level positions and management positions, many which were eliminated during the shutdowns.

"We're extending offers on the spot because we are seeing an uptick in business and it's a good thing, but we are desperately hiring the top talent in Louisville," she said.

Louisville hotels saw their biggest weekend yet since the beginning of the pandemic from March 19-21 thanks in part to a volleyball tournament at the Kentucky Expo Center that brought in thousands of visitors. Louisville Tourism said it did not have the occupancy numbers for the weekend yet, but said Louisville is set to host more than 13 events just in March that will bring in 30,000 attendees compared to 50,000 attendees total that were recorded for 30 events between July and December 2020.

According to Reed, White Lodging hotels have seen around 60 to 80 percent occupancy over the last several weekends. Louisville Tourism reported downtown hotel occupancy at 75% the weekend of March 6, which at the time was the highest since March 2020 before the shutdown.

"It ebbs and flows, but we have really steady weekend traffic, so we're already seeing that," Reed said. "It's here."

"I thought it might be longer. You never knew with vaccines and all of that," Krivitz said. "But I'm very excited. Maybe there will be a Derby season for all the downtown hotels. Something smaller, I know, but maybe a little bit of a Derby season."