Louisville has seen a record number of homicides in 2020, leaving so many families behind to pick up the pieces and cope with the pain. 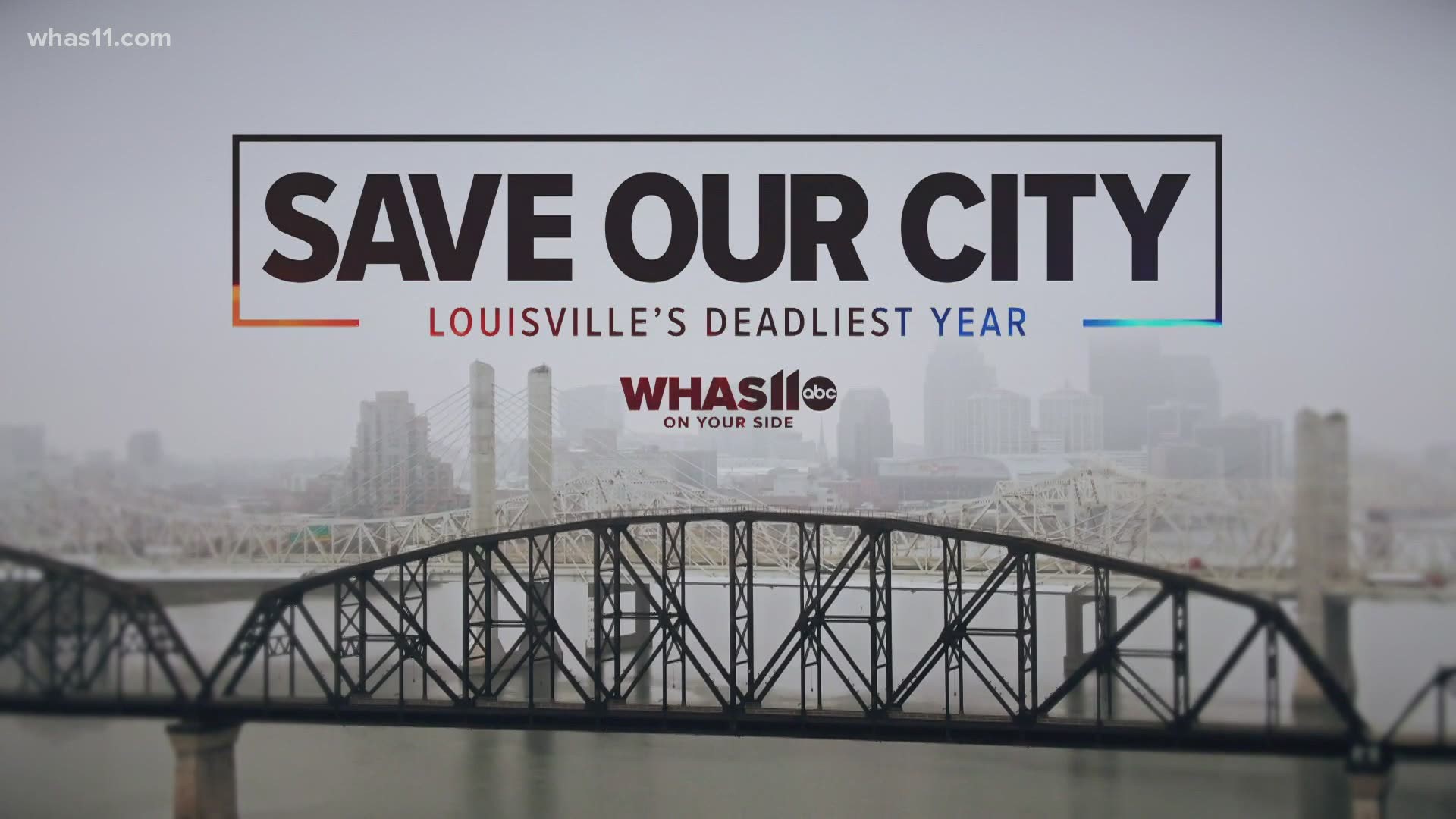 LOUISVILLE, Ky. — While the numbers show Louisville has seen more fatal shootings this year than ever before, gun violence has been tearing families apart for years.

The data might explain where and how people are dying, but the numbers do not tell the stories of those who died and those left behind to pick up the pieces. WHAS11 spoke to three Louisville mothers who open up about the pain of losing their children to shootings and the hurt of waiting for their cases to be solved.

Damion Morton, 38, was found shot and killed in 2017. Three years earlier, 24-year-old Cory Crowe Sr. was also found shot to death inside his car. A drive-by shooting resulted in the death of teenager Christian Gwynn one year ago. The three of them died at different times and ages, but each of their deaths brought the same agony to their families.

“I can still hear myself screaming for him,” Gwynn’s mother, Krista, said. “I said ‘Chris, where are you? I’m here! Where are you?’”

Christian Gwynn had set his heart on becoming a volunteer firefighter. Before his murder, the 19-year-old had just taken a class to pursue his dream.

“He was just an all-out, enthusiastic kid,” Gwynn said. “He liked outside. He liked to be out in nature. You couldn’t keep him bottled in the house. He always needed to be outside – he said I need to breathe air.”

He had left for his friend’s house, when Gwynn said she received a call from the friend’s mother – telling her to get to 43rd and Market. When she got there, all she saw was police tape.

“The doctor on the case came out and said, ‘I’m sorry your son has succumbed to his injuries,' and that’s the day my world rocked,” Gwynn said. “After that, everything is kind of a blur.”

Gwynn called him the ‘house clown,’ always making jokes and getting on his sister’s nerves.

Gwynn’s future firefighter was still able to help people, even after his death. Gwynn said he donated his eyes, the ventricles of his heart and the muscles.

"So somebody right now is seeing the world through my son’s eyes, and seeing the dreams that he had and have the same ambition that my son had in life," Gwynn said.

Still, nothing can ever replace having her son with her today.

“You don’t understand. Once you shoot that gun, you can’t bring that bullet back,” Gwynn said. “This is not a video game. My son’s life won’t come back at the end of this run. You can’t put another quarter in that machine – you took my son’s life.”

'I couldn't do anything to help my child'

Morton’s mother, Delphine Prentice, understands that same pain after losing her only son. After receiving a call from her son’s girlfriend, Prentice arrived at UofL Hospital to learn he had been shot in the back of the head.

“Being at the hospital, knowing that there was nothing that I could do,” Prentice said. “You know mothers feel like they could be there with their children, but it was out of my hands. I couldn’t do anything to help my child.”

Prentice stayed with her son for three days until he passed. After his death, she said she would avoid her living room just so she wouldn't have to see his picture knowing he would never walk back through her front door.

“Some days, I have good days,” Prentice said. “Some days, I go in my bedroom and I shut the door, close the curtains, don’t answer the phone, don’t turn the TV on...then there’s days when I just want to tear everything up in the house because my son’s not there."

To this day, Prentice said she has no idea who killed her son or why they did it. She said detectives came to the hospital and gave her their card, but she hasn't heard from them since.

Now, she's stuck with just memories – remembering the days her son would stop by the house and check on her, his ability to always make her smile.

“I would never want this on my worst enemy,” Prentice said. “This grief is a grief that never heals.”

Rose, the mother of Cory Crowe Sr., said she believes her son is in a better place. But it’s her, her grandson who was only five at the time of his dad’s murder, and Crowe’s loved ones who are suffering.

Crowe was shot inside his car at the intersection of 25th and Standard Ave. at the age of 24. Rose said Crowe didn't even make it to the hospital, seeing him for the first time at the funeral home.

“I never thought that I would be burying a child, and especially under the circumstances to something so violent and something that is so preventable,” Rose said.

He had dreams of opening a barber school and helping others. When he died, Rose said she knew she had to be his voice.

When she saw herself on the news, at the place where her son died, Rose noticed the house behind her. She bought it, remodeled it and started the ACE Place, a nonprofit focused on helping children in west Louisville, inside it.

“You silenced him, but I will not be silenced,” Rose said. “We want to give these children opportunities and let them know there’s a better way – you don’t have to do that, and we got to give them better experiences.”

Rose said her son's death brought out a warrior inside her, someone with a voice and a passion for making sure others don't feel the same pain she does.

"We want to give these children opportunities, and let them know there’s a better way, you don’t have to do that," Rose said. "We got to give them better experiences."

None of the mothers have answers in their sons' deaths. As Louisville continues to see more and more homicides, even more families are going through the same things these women have experienced.

"A lot of these parents who have just lost their kids this year didn’t say 'I love you,' and that haunts you when you feel like that you didn’t get to tell that person the one last words is 'I love you,'" Gwynn said.

While they’ve joined support groups and channeled their pain into action, the hurt never goes away. But they are not losing hope that one day, they’ll see justice for their sons. Now, they’re continuing to fight for answers in their sons’ cases and search for ways to stop other parents from burying their children.

For Rose, the ACE Place is her outlet. Both Prentice and Gwynn spoke at length about work needed to help children and young adults, the group most impacted by recent fatal shootings.

Leaders from all corners of the city spoke to WHAS11 about ways they believe the community can help fight against gun violence. WHAS11 will have more on their plans Friday at 6 p.m. and 11 p.m.