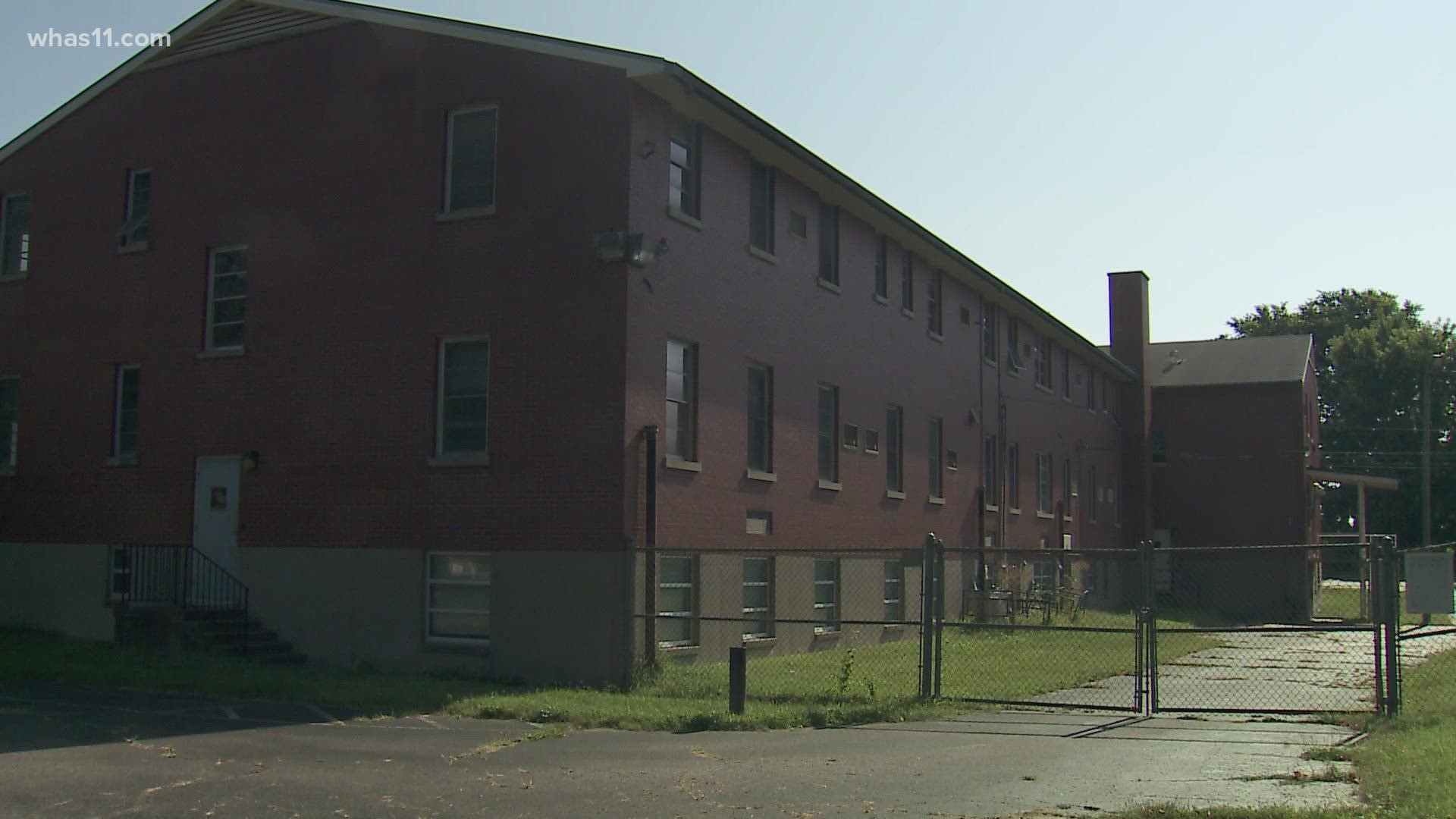 The city agreed to purchase property at 212 E. College St. for $1.6 million, and said it will cost $1.4 million to make the space operational. The Safe Outdoor Space will provide the homeless community a place to temporarily live, allowing them a place to secure their belongings and access supportive services.

"As a compassionate city, our goal is to help those who are living in unsafe and unhealthy situations on our streets transition into more stable shelter and then put them onto a path to permanent, supportive housing," said Mayor Greg Fischer.

Once an operating manager is in place, people can set up tents and use portable toilet or shower facilities while the city works on creating semipermanent shelter and shared bathrooms (including showers). Residents can have pets at the site.

Louisville Metro said it is issuing a notice of funding availability to identify an operating manager to oversee the space and provide necessary safety and social services personnel. Fischer said the goal is to have health care and housing help on-site.

The Safe Outdoor Space is part of the city's approach to addressing homelessness announced in July. Also included in the plan is:

"This is a good beginning step in assisting our citizens who are experiencing homelessness," said Metro Council President David James.

Fischer said the city is looking into the potential of developing affordable housing at the site.

"The only solution to houselessness is housing," District 4 council member Jecorey Arthur said. "Until we address our 31,000+ housing gap for families at the bottom, we need every possible option for safe, transitional shelter. This space is one of those options."

"Frankly resources have been a big impediment for us but with the American Rescue Plan dollars we hope to change that,” Fischer said.

From those who work in the community day in and day out, there’s skepticism.

"Camps put people on a piece of property out of sight out of mind, that does not house anyone,” Donny Greene with Feed Louisville said.

Greene thinks money should go to housing-first initiatives. His organization is putting a request in front of Metro Council to use about $38 million of the city’s ARP funding to house 1,500 people.

"We start housing people tomorrow, we pay their rent and put wraparound services around them,” Greene said.

Fischer said the space will be a cleaner, more secure alternative to the camps the city returned to clearing this summer.

"People are free to come and go but we think there should be an element of security,” Fischer said.

The city plans to lean on community partners to find potential residents, though some may not want to move.

"Just because they aren't houses doesn't mean they haven't chosen a community or neighborhood because it has the things they want or need in it,” Greene said.

Leaders said this is just phase one in plans for the ARP influx, after Louisvillians resounding funding input session response that housing is a priority.

"We have a lot to do and thankfully now resources to begin doing it,” Hollander said.

Officials say it will be about 60 to 90 days for them to officially purchase the property. People could move in shortly after that.