FBI launches investigation after 2 fires set at Hall of Justice

The sheriff's office said a courthouse window caught on fire when a flammable material was thrown. A second fire was set outside the building on 6th Street. 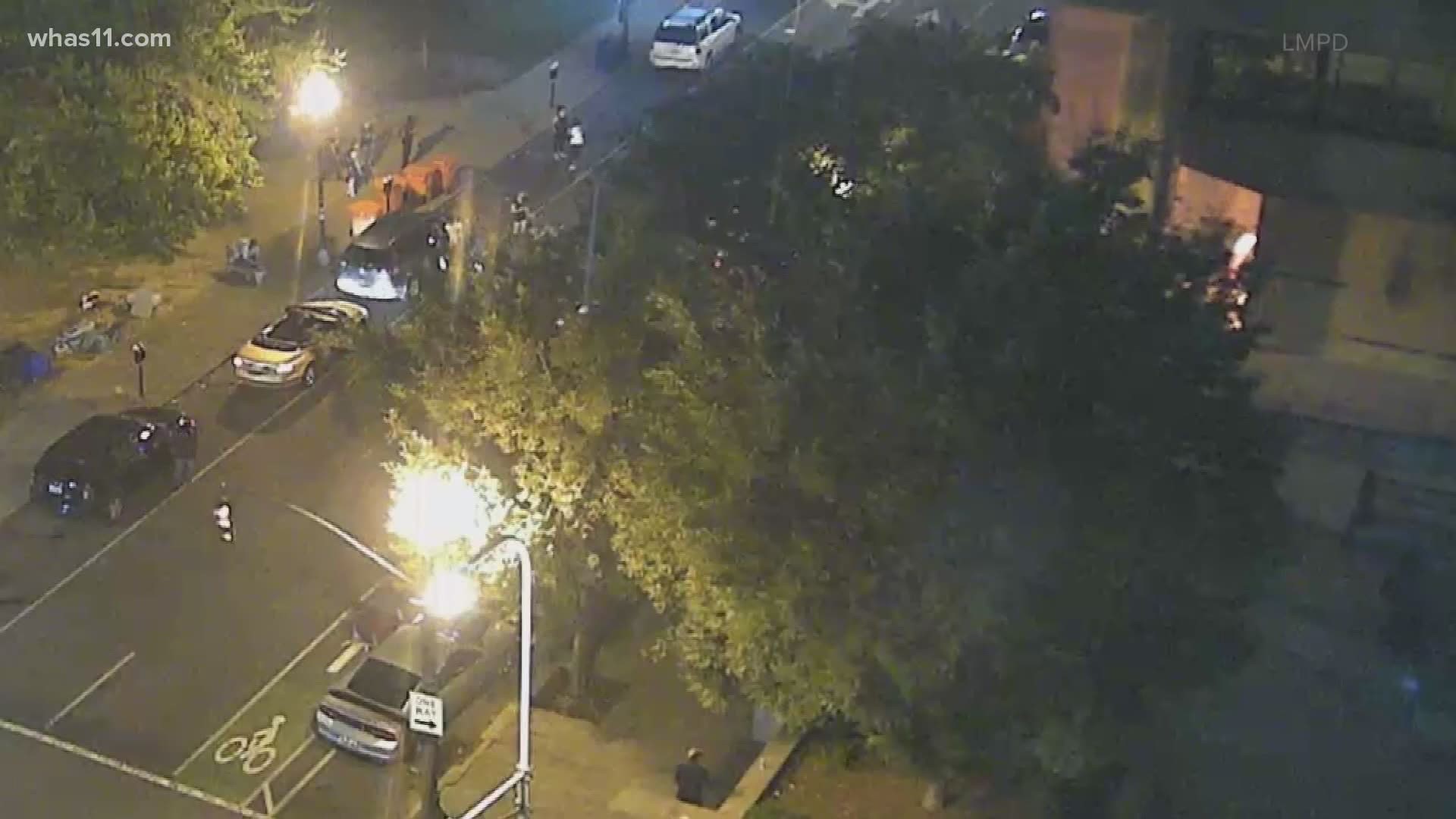 LMPD spokesperson Lamont Washington said a group who had been in Jefferson Square Park attempted to set a fire on the south side of the main entrance.

"[Deputies], of course, could hear the bottles smash against the plywood and they could see the flames shoot up," Lt. Col. Carl Yates with the Jefferson County Sheriff's Office explained.

Surveillance footage from the night does show a fire at the Hall of Justice. Cameras show a small group of people watching the fire from across the street.

The Jefferson County Sheriff's Office said a flammable material was thrown at the building, which ignited the plywood covering a window. The fire melted some of the glass.

"Most people are peacefully demonstrating and unfortunately they are allowing these others to come in among them and create criminal activity," said Yates.

More footage provided by LMPD shows a second fire burning on 6th Street. In that footage, people can be seen throwing water bottles.

"There are people inside those buildings, in addition to the deputies there are prisoners and other people, there lives are in danger and that carries a first degree felony offense," Yates said.

Washington said "several water bottles" were thrown at Jefferson County sheriff's deputies who responded to the fire at Hall of Justice. The sheriff's office confirmed deputies responded with pepper balls "to move the crowd back."

"We don't want to use them at all, but last night we didn't have any choice," said Yates.

After initially stating Louisville Fire's Metro Arson Unit would investigate the fires, LMPD said the Louisville FBI office is leading the investigation. No one has been arrested.

"The majority of the people in the park fled before LMPD officers arrived," Washington said. "LFD put out the fire and Public Works cleared the debris from the street."

Lt. Col. Yates said those arrested would be charged with a felony because they endangered everyone inside the building.

"This is not a game. This is a serious charge. If they are caught and charged, it’s first degree arson," Yates said. "They’re looking at some serious prison time if convicted."

He has a simple message as the city awaits a decision in the Breonna Taylor case: "Most of our police officers are like most peaceful protesters. We're there for the right reasons to do the right thing."