'They're looking for safety': Louisville Haitian community reacts to 'crisis' at US border

They are seeking security and safety from Haiti which remains unstable after the assassination of its president and a deadly earthquake, pastor Izean said. 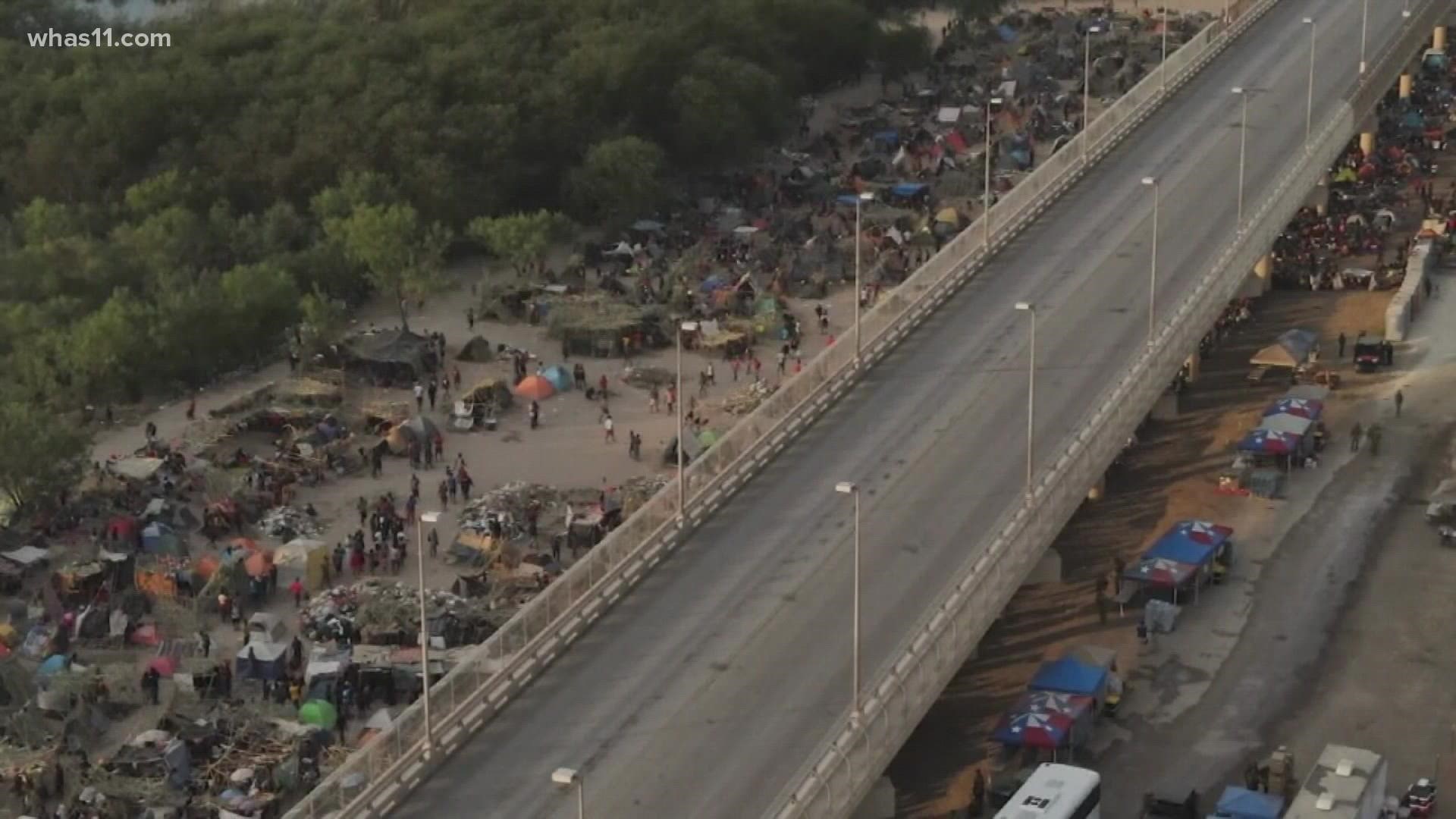 LOUISVILLE, Ky. — When Pastor Celeve Izean first saw the pictures circulating of what appears to be a U.S. border patrol chasing Haitian immigrants on horseback he said he was angry and immediately want to speak out.

"This is why I cannot stay quiet because I look at these images and it is so sad," he said.

Nearly 30 years ago, he came to to the United States as a Haitian refugee. Pastor Izean told WHAS11 he left his home country for stability and security in America.

This week, he like so many others are outraged at the images at the border.

"We talk about it every day," he said, "Definitely angry and sad".

At the US Border, there is a mass migration of Haitians seeking asylum. Izean says they are seeking security and safety from Haiti which remains unstable after the assassination of its president and a deadly earthquake last month.

The images circulating right now show thousands of Haitians under the Del Rio bridge waiting to be processed. Politicians are calling the situation a "crisis".

Izean is pleading with people to try to understand why the Haitians are here.

"They are trying to get to safety because they are not safe," he said.

Izean is in constant contact with friends and family back home and the stories he is hearing are horrific.

"I got the news a father was watching his two children get raped in front of him in Haiti and he couldn't do anything."

He is confident they will lead productive lives in the country if they are allowed to stay.

"They can find it in America. I'm sure because I am one of those people as a refugee who came here in 1992. I made it happen," he said.