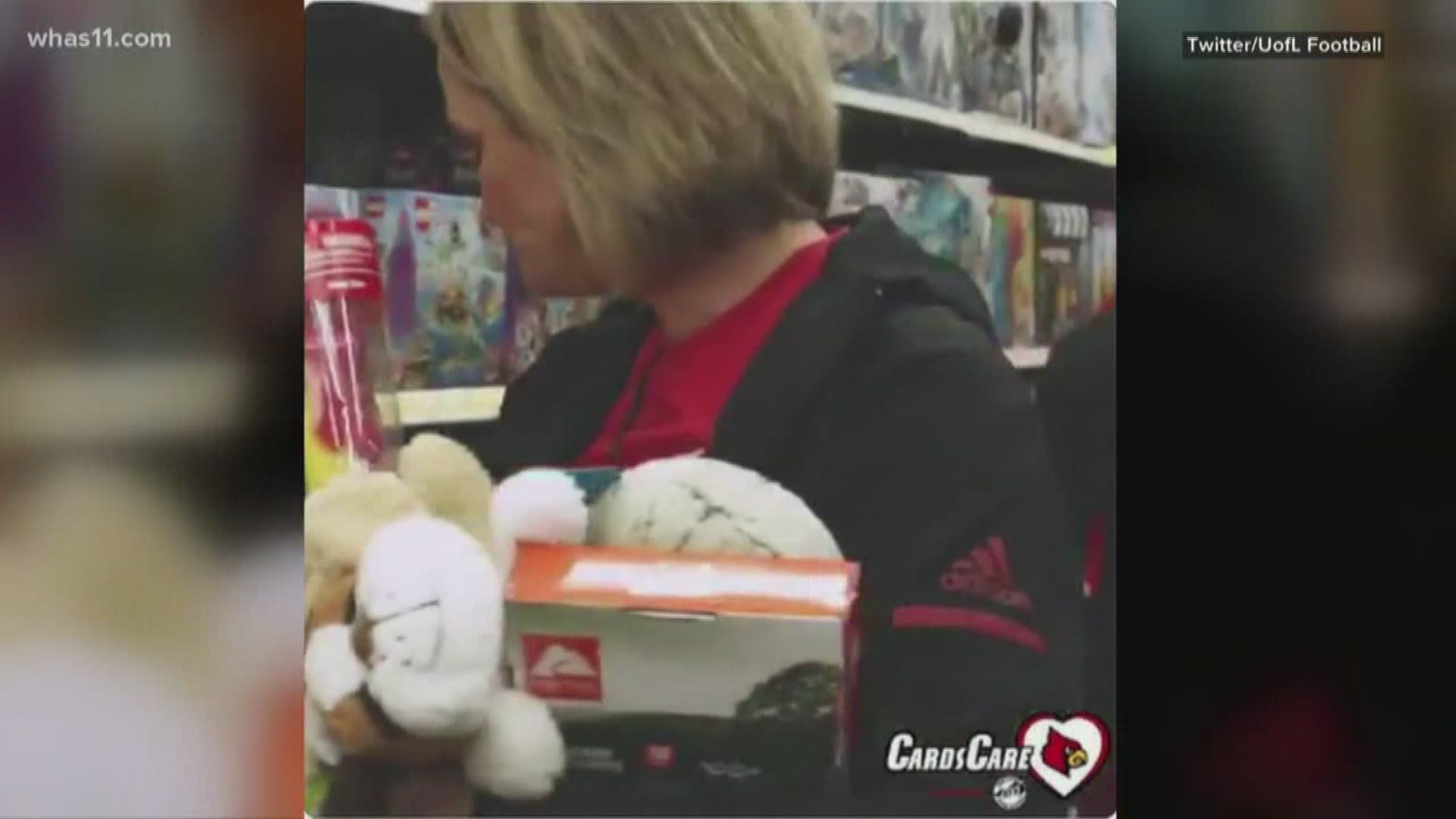 LOUISVILLE, Ky. — Saturday's rivalry game with Kentucky wasn’t the outcome Louisville was looking for, but it didn’t stop the Cards from taking time out of their schedule to make an impact on others.

The football squad participated in a community service event at the Bashford Manor Walmart on Sunday, to make sure kids around the world could celebrate Christmas.

Players and coaches spent the day shopping and creating gift packages for children as part of Operation Christmas Child.

Toys, toiletries and other essentials were packed in shoeboxes and shipped to children at various destinations overseas.

“It’s a fantastic day – anytime we come out here and do something for others. We’re going out to participate in Operation Christmas Child which is unbelievably a huge project that reaches millions of people a year, but it really is a huge benefit for our guys and us as coaches – the feeling that you get for doing something for others. So we learn a lot and we pray that this will go to the right people – gets in the right hands to help someone not only have a better Christmas, but a better life," Mark Ivey, defensive line coach, said in a video posted to Twitter.

According to Samaritan’s Purse, more than 168 million children in over 100 countries have received gift-filled shoeboxes via Operation Christmas Child since 1993.

The Cards are expected to know their destination and challenger when bowl games are announced on Dec. 8.