"Suburban and urban, we all have really nice equipment. It’s how we’re going to get together and train and put it to good use." 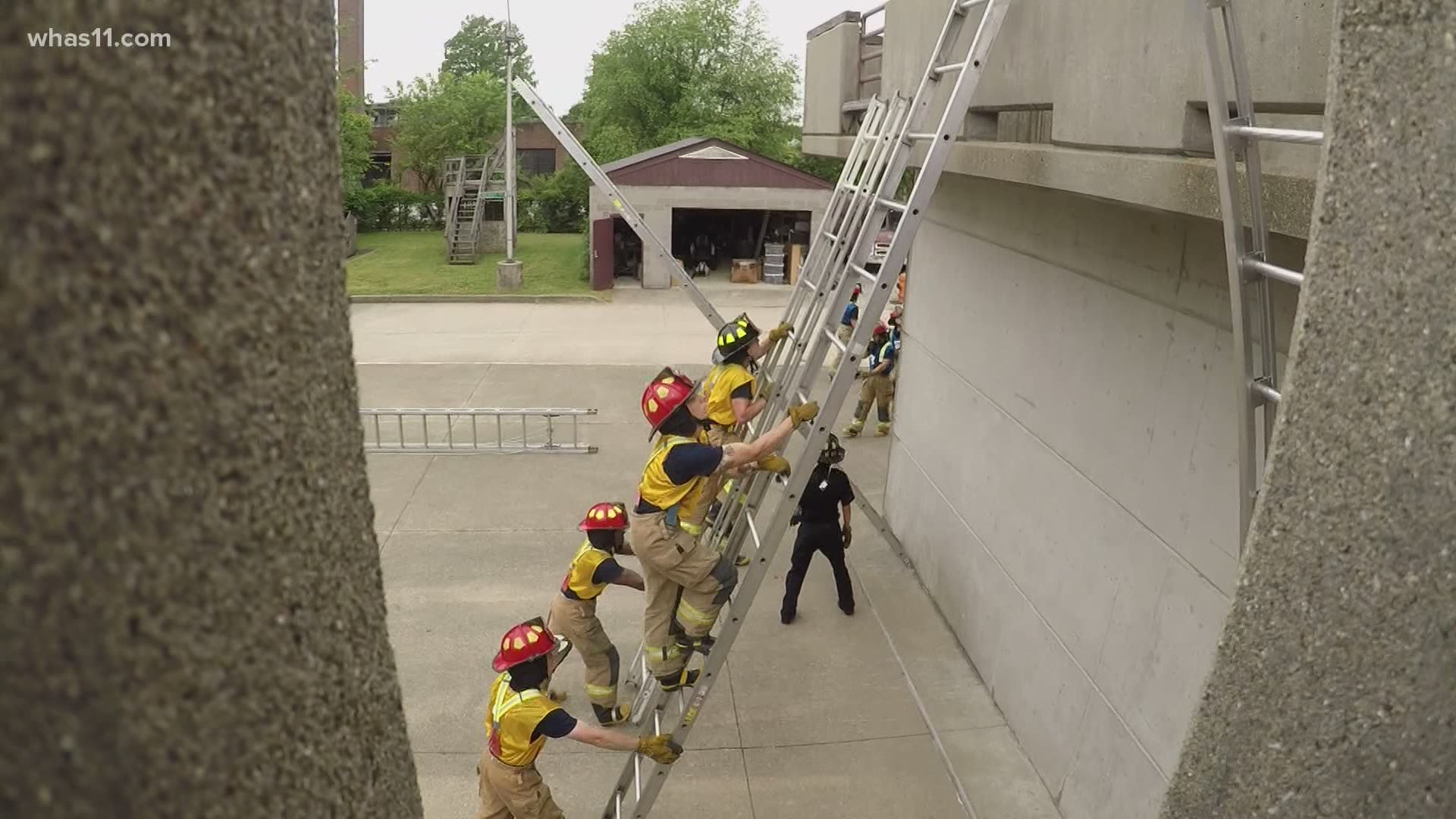 LOUISVILLE, Ky. — Dozens of recruits are training right now to become a firefighter in Louisville. Whether they join the city department or one in the county, there's a connection they'll have with each other previous recruits didn't have.

They are the Louisville Division of Fire's Class 186, the largest class to come through the Louisville Fire Training Academy, located at 1501 W. Hill St. It's due to a new partnership between three fire departments, who for the first time, are training as one. Louisville's trained Shively firefighters for years but just welcomed 15 recruits from Pleasure Ridge Park Fire Protection District.

"This is tryouts. You’ve earned the right to try out for one of the departments that hired you," Patrick Dalrymple, LFD's Chief Training Officer said.

The first week started off with 64 recruits. By the third week, it was down to 60.

"They realize, this isn't for me," Dalrymple said.

What does it take to be a firefighter? "Effort. Just give 100 percent effort and we’ll teach them everything they need to know," he said.

The recruits who stick with the training will graduate after 26 weeks. It will include certifications as State Certified Firefighters, Hazardous Materials Technicians, and National Registry Emergency Medical Technicians (EMTs). Each respective department is funding the cost of their personnel, testing, and certifications.

At first, they're learning accountability and responsibility, while working out their fears of heights and claustrophobia.

"I’ve had them take their face packs home and put their face piece on and sit and watch TV just to get used to it," Dalrymple said. "It’s a crawl, walk, run. You gotta practice."

This class splits its time between Louisville and PRP's training facility, on Greenwood Road, laying the foundation for a smoother response when the departments make runs together down the line.

"When you're out on incidents together, you already know each other and it creates a better bond and working relationship for all departments involved," Maj. Joseph Bowman, with PRP Fire said.

"Everybody teaches out of the same book," Lt. Col. Randy Croney, with LFD said, but the terminology, response, and techniques can vary between departments within the same city. It's true for many right here in Louisville.

The hope is to continue this partnership and expand it, opening the door to all suburban fire departments.

"It makes for a good experience for all of them," Bowman said.