The lawsuit states that Louisville is seeking damages to help Louisville combat the health crisis of nicotine addiction that has impacted the city. 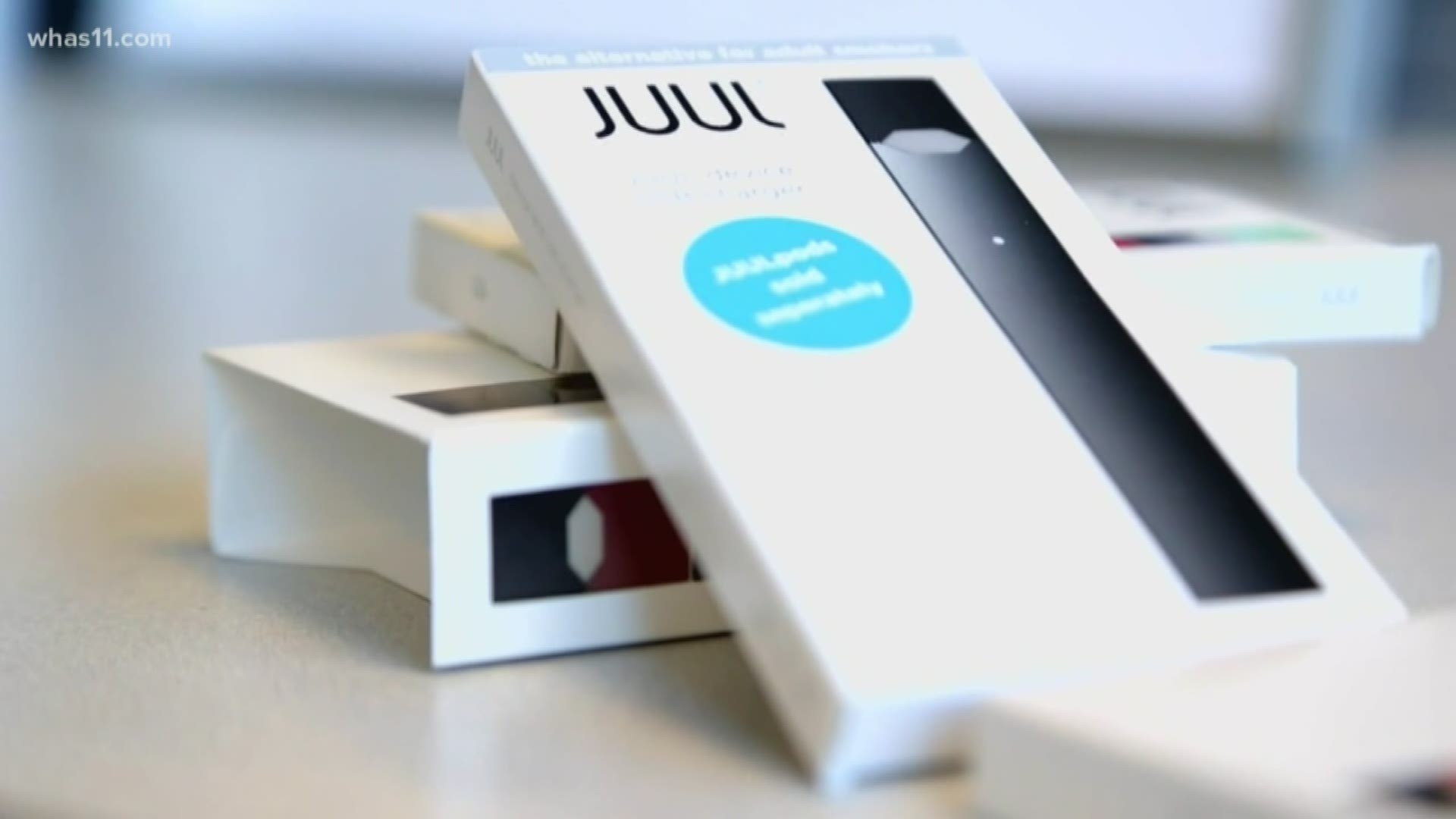 Louisville Metro Government has filed a federal lawsuit against JUUL Labs, the largest manufacturer, and seller of e-cigarettes and vaping products, for its role in fueling the community health crisis of nicotine addiction, allegedly among young people.

The suit was filed Wednesday in U.S. District Court for the Northern District of California under the direction of Mayor Greg Fischer and Jefferson County Attorney Mike O’Connell. They are seeking damages to help Louisville combat the health crisis of nicotine addiction that has impacted the city.

According to a media release, data shows that Kentucky has the second-highest rate of e-cigarette use in the country. The Louisville Metro complaint alleges that JUUL is responsible for an explosion of nicotine use and addiction, here and across the country.

The lawsuit claims that the company is marketing and selling the product as a safe alternative to cigarette smoking. They say JUUL’s actions have contributed to an entire generation using a product that has never been proven safe, the suit says. As a result, nicotine use among America’s youth is sharply on the rise. E-cigarette use in general increased 78 percent among high-school students and 48 percent among middle-school students from 2017 to 2018.

“From the very first day that I took office, my team and I have been working to make Louisville a healthier city, because health is the foundational element of everything we do as people and as a community,” said Mayor Fischer. “JUUL’s goal has been to turn our kids into nicotine addicts and, in terms of the company’s focus, long-term paying customers. This has serious medical and economic repercussions for our community.”

JUUL, in concert with its advertising agencies and others, followed Big Tobacco’s playbook in developing a product and marketing strategy to appeal to young people. JUUL sought to portray its products as trend-setting and used by those that teenagers admire. JUUL promoted itself as a safer alternative to traditional tobacco use, and utilized social media extensively, mindful that those platforms are teenagers’ predominant communication forums.

“JUUL delivers levels of nicotine cranked up much higher than traditional cigarettes, and they’ve targeted their product to impressionable kids,” said O’Connell. “This has been a surgical strike against our young, addicting a new generation to nicotine for life. The damage is done, and JUUL must be held accountable for their actions.”

“Research tells us that nicotine addiction in their developing brains can leave our children and young people vulnerable to learning and attention deficits and to future substance use disorders,” said Dr. Sarah Moyer, Chief Health Strategist and director of the Louisville Metro Department of Public Health and Wellness. “It’s up to us to keep them out of harm’s way. We must take decisive action now to protect the next generation.”

Kids in Louisville have always been able to count on Mayor Greg Fischer as a leader with a heart and a backbone. He and Jefferson County Attorney Mike O’Connell showed their commitment to kids again today by joining a landmark lawsuit against Juul, the United States’ largest manufacturer of e-cigarettes.

The powerfully negative impact that Juul and other companies in the e-cigarette market have had on young people in Louisville and across Kentucky is pernicious and pervasive. And, their profiteering at the expense of children’s health must be stopped.

Mayor Fischer and Mike O’Connell took a gutsy step today to stand up against these powerful interests, and youth in Louisville and across from Commonwealth owe him a genuine thank you!