The agency's focus is on civil rights and public corruption, domestic terrorism and violent crime. 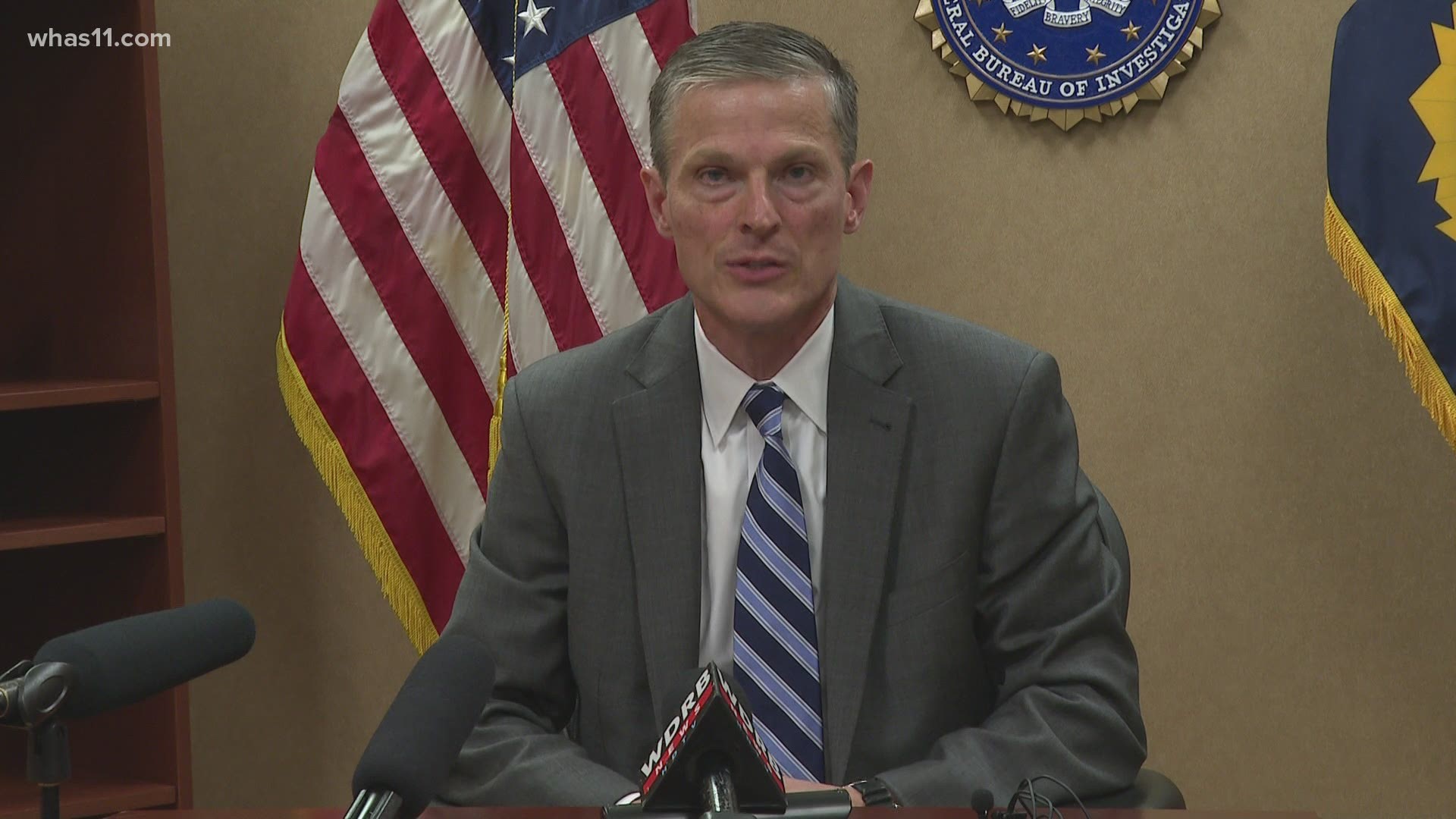 KENTUCKY, USA — The Special Agent in Charge at the Louisville FBI Office will be leaving soon to take on a new role in Washington D.C.

Thursday, he invited local media to discuss what he hopes the office will accomplish moving forward and the top priorities for our state right now.

Every two years, the FBI conducts a review of intelligence and reporting, as well as what partners are telling the office. Then, the office comes up with a focus. In Louisville, that top focus is on civil rights and public corruption, domestic terrorism, and violent crime.

“We’re on track to surpass that which is extremely troubling,” Brown said. “So the FBI, through our violent crime task force and our safe streets gang task force, are focusing and partnering with the Kentucky State police and LMPD to really investigate the worst offenders to disrupt them.”

Brown is optimistic about 2022. The world is coming out of COVID, people are going back to work, agencies are working together, and the community is doing its part too.

But a rise in domestic terrorism, particularly the attack on the Capitol at the beginning of this year, has put a pause on some of that progress.

“We have not been able to focus on violent crime and other issues because of the time we’ve had to spend investigating those who committed violations of federal law on January 6,” Brown said.

The FBI is also conducting an investigation into Breonna Taylor’s death, which is still in process. Brown could not give us a set timeline for an announcement in that case, but is pleased with the momentum that the team has.

“We did lose some time because of COVID, we had travel delays which impacts witness testimony,” Brown said. “For example, in Breonna Taylor, the complexity of it, it’s not like other cases where you have video evidence.”

The FBI is also still working on the investigation into the disappearance of Bardstown woman Crystal Rogers.

Brown said as he leaves Kentucky, he is proud of the resilience his team has shown, overcoming obstacles like a government shutdown, and working through COVID.