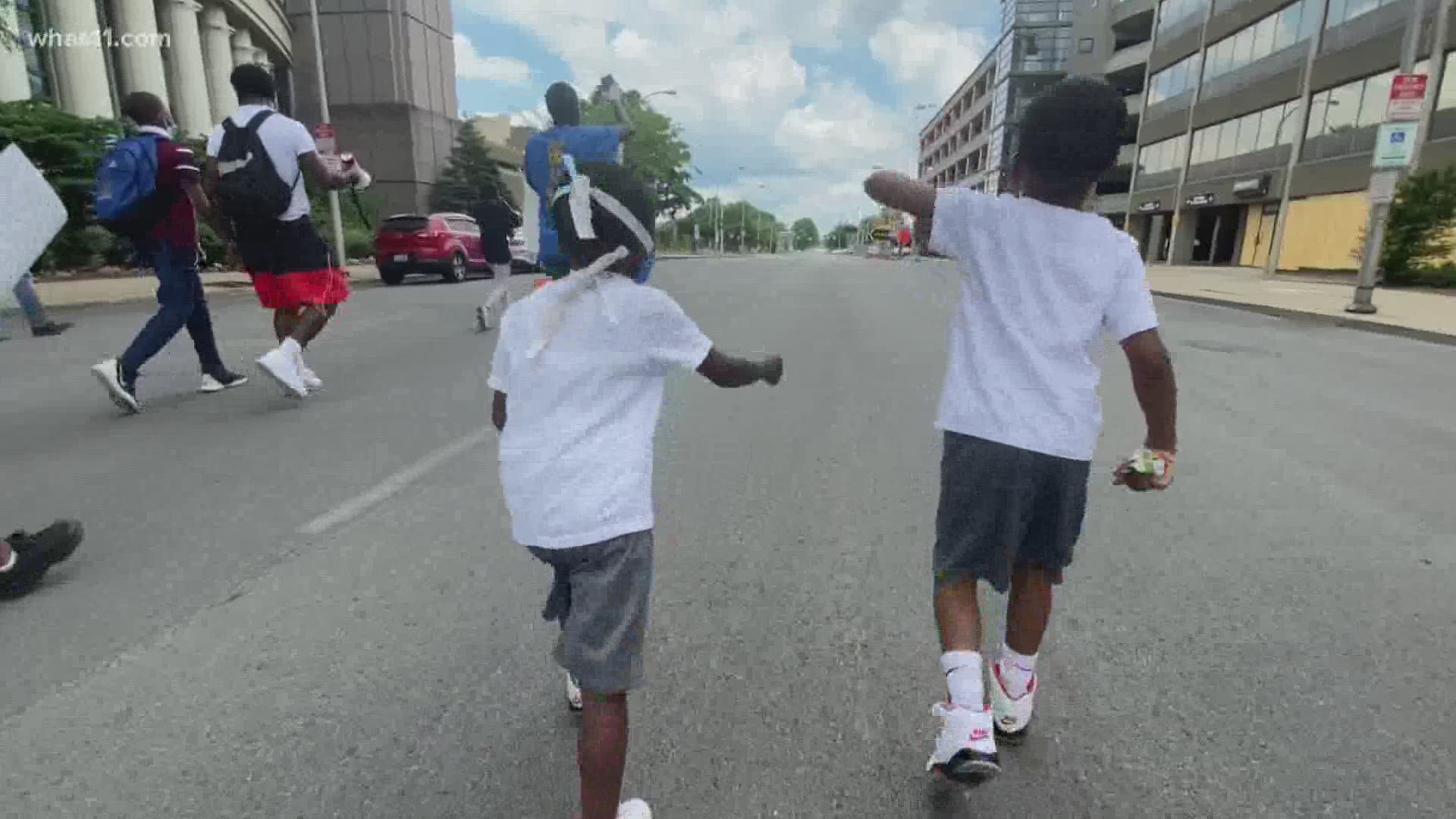 LOUISVILLE, Ky. — Hundreds of faith leaders across Metro Louisville are calling for justice in the Breonna Taylor case.

They want city and state leaders to meet demands of the Black Lives movement including to fire and prosecute the three Metro Police officers involved in Breonna Taylor’s death.

The leaders are also asking for an independent civilian oversight board to investigate police abuses.

Like other parts of the country, the group said a portion of the police budget should be used to benefit black communities.

More than 300 signed the letter representing different faiths and congregations.

These tragic deaths occur in the midst of a pandemic where Black people, only 13 percent of the population, account for 23 percent of COVID-19 deaths, pointing to a larger systemic disregard for Black bodies.

We are 344 Black, White and People of Color representing many faiths and congregations in our city who believe that racism and police brutality is against the will of God.

As faith leaders in Louisville, we call on the Mayor, Metro Council and the Attorney General to heed the calls for justice that have echoed in our streets in these recent days and for decades. We will never have peace without justice, and we call on you to meet the demands of the Movement for Black Lives, Breonna Taylor’s family, and local leaders:

First, to fire, charge and prosecute the three police who killed Breonna Taylor.

Second, to establish an independent civilian oversight board with subpoena power to investigate all cases of alleged police abuses.

Third, to roll back the Fraternal Order of Police’s ability to unduly shield police from criminal prosecution.

Finally, to divest a significant portion of the $190 million police budget and invest those funds in health, education, transportation, housing, food security, and living wage jobs to benefit Black communities.

We call on residents to join in pushing for these demands and ask everyone to contact their Metro Council person at louisvilleky.gov/government/metro-council/email-council-member, the Mayor at greg.fischer@louisvilleky.gov, and the Attorney General at ag.ky.gov/Contact-Us.

We see the fulfillment of these demands as a first and critical step in a community-driven, comprehensive process of truth telling, justice, and repair for our city and society.

Louisville’s Black lawyers march to balance the scales of justice

'This building matters to us, but Black lives matter much, much more.': Mayan Café owner

What do we know about Brett Hankison?

Officer to be fired for involvement in Breonna Taylor's case

'We are encouraged': attorneys on Breonna Taylor investigation update

'I can assure you at the end of our investigation, we will do what is right': Kentucky AG asks for patience in Breonna Taylor case