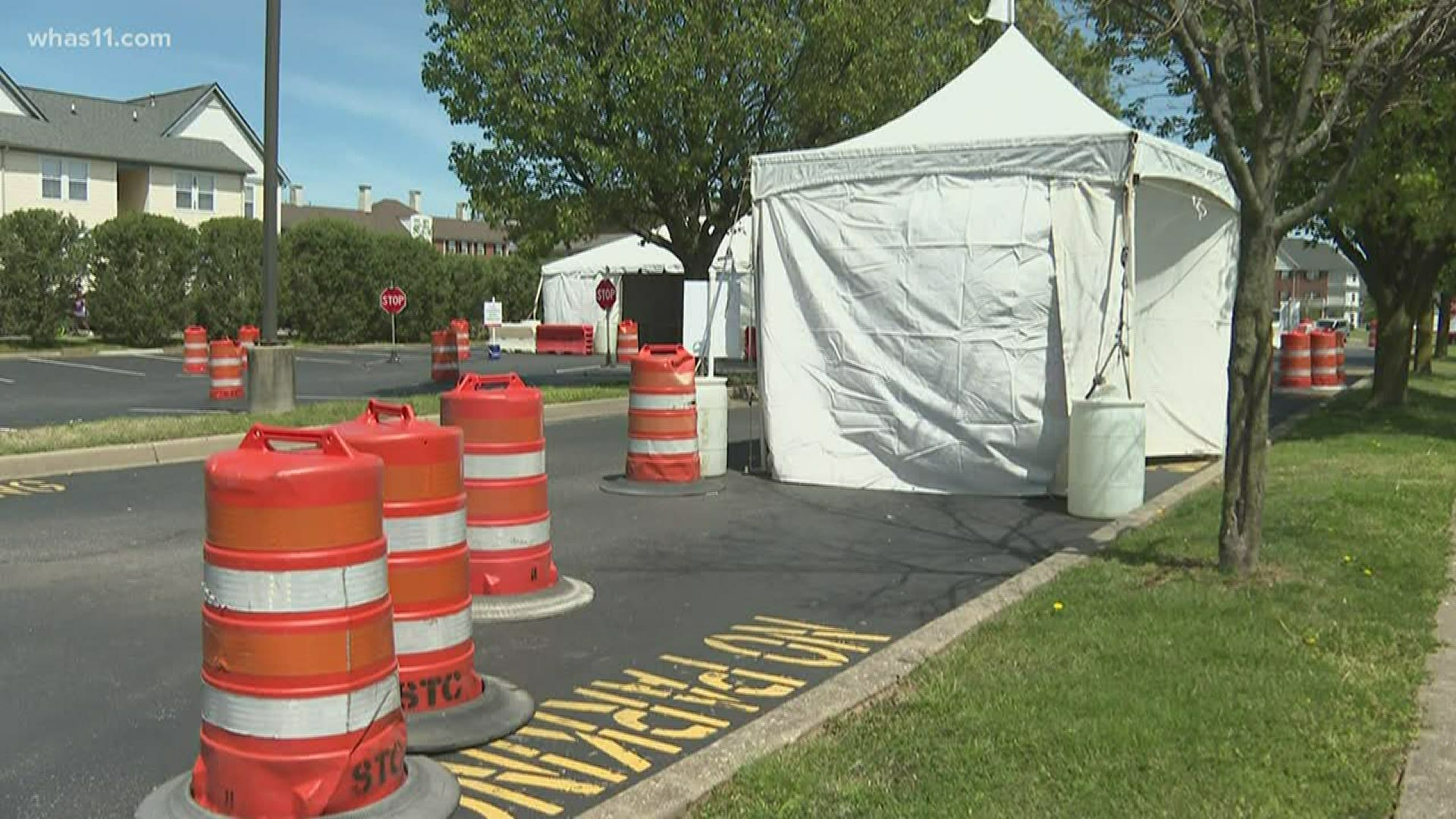 Beshear said anyone, not just those who fit certain criteria, can sign up for a test at any location.

"If we're gonna truly be "healthy at work" come out of this in a positive way, we need you to take advantage of that testing capacity," Gov. Beshear said.

The locations will be open for at least two weeks near African-American communities.

"We have seen the disproportionate impact, especially in the death rate, of this virus," Beshear said. "A significant disparity that is based on hundreds of years of inequality and certainly unequal access to healthcare. It is our hope that we can provide at least some help during this epidemic."

The Louisville location will be in Shawnee Park at 4501 W. Broadway. The site will also provide a mask and hand sanitizer to anyone who takes a test at the location.

Louisville Mayor Greg Fischer was at the announcement, saying the disproportionate impact on the African American population is completely "unacceptable." Fischer said African-Americans make up 23% of Louisville's population, but account for 32-33% of the city's covid-related deaths.

"In Louisville, like cities all over America and in the Commonwealth, there is a 12 year life expectancy difference between the most resourced communities and the least resources communities," Fischer said. "That is something that I don't think anybody would tolerate if you were sitting in one of those zip codes."

The Park DuValle Community Health Center and UofL Health recently launched a new drive-thru testing site in their neighborhood. The site is by-appointment and only for patients who have a referral and are considered high-risk.

The governor also said the state will shift a large part of its testing capacity to prisons and senior living facilities.

RELATED: Hundreds line up to be tested for COVID-19 at free West Louisville site