Metrosafe said police have blocked off the area after an RV was found parked in front of the Humana building. 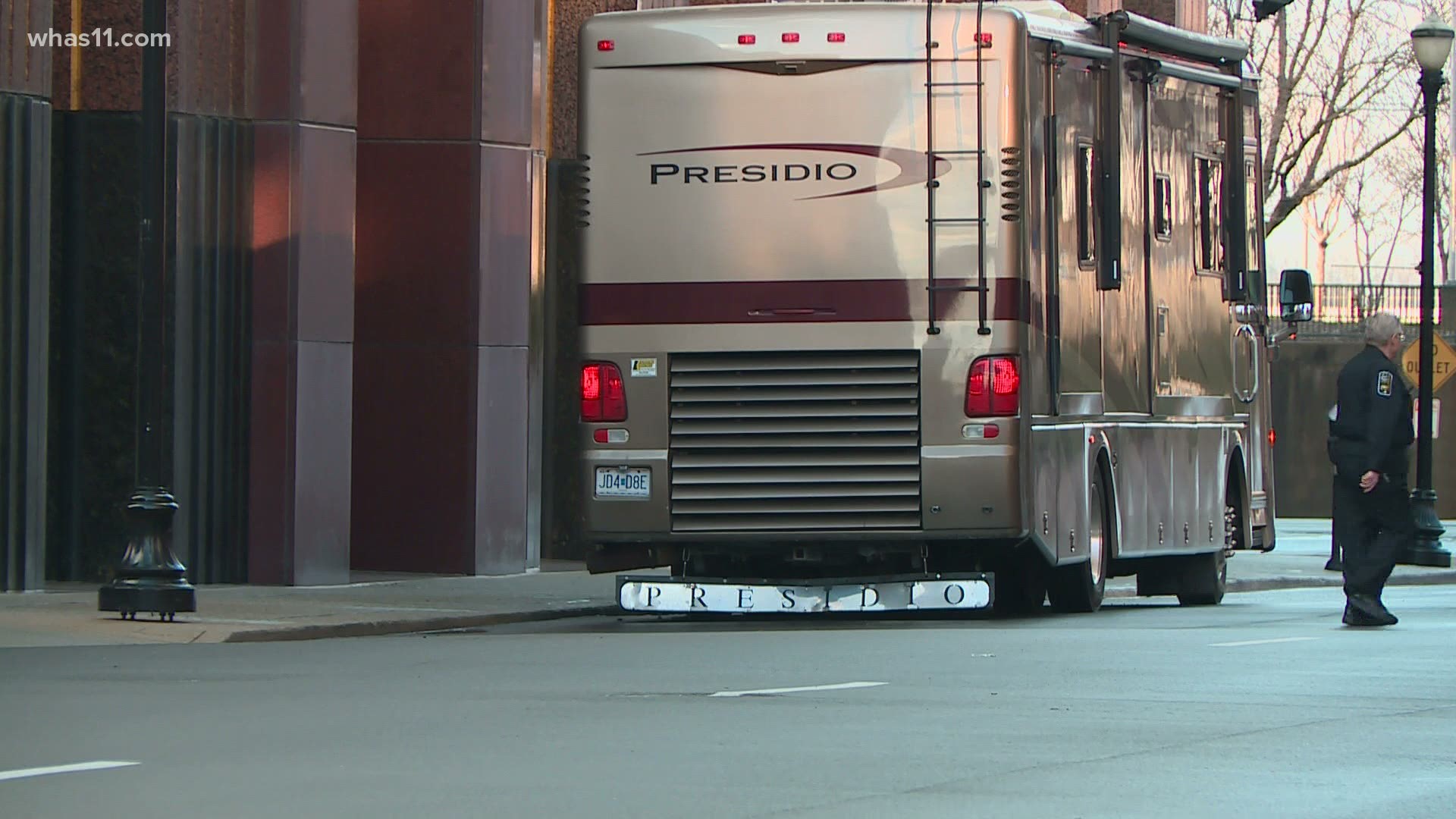 LOUISVILLE, Ky. — Louisville police have reopened downtown streets after shutting down the area due to a report of a suspicious RV found outside the Humana Tower Friday afternoon.

LMPD said officers blocked off the area as a precautionary measure after the RV was found parked in front of the building. The building was evacuated, and the LMPD Bomb Squad and K-9 Unit were dispatched.

A WHAS11 reporter at the scene said an officer said "the perimeter was not safe," saying it would be "a while" before anyone could return to the area.

After about an hour, the streets were reopened when the Bomb Squad declared the vehicle safe. The man renting the RV returned to the area, and told WHAS11 he and his family were visiting from Missouri and parked downtown to go to the Kentucky Science Center.

"I don't know who called it in but I guess some people are just more cautious and suspicious than others," said Tyler Coyle, who was visiting from Missouri.

"I understand their position, they let us go as soon as they realized we were just a regular family," he explained.

The investigation kept people like Michael Schmitz from getting to his car for over an hour.

I am a few blocks away on 5th and Jefferson but can see the RV from here @WHAS11 https://t.co/k3Oe03IeIT pic.twitter.com/TqWhE5c656

"We're like, 'what is going on?' We asked if we could go back to our car, they said 'oh not for a while,'" Schmitz said.

One week ago on Christmas day, an RV exploded in downtown Nashville injuring three people.

Just 24 hours ago on New years Eve in Lexington, there was another report of a suspicious RV.

Bars and restaurants were evacuated, but no explosives were found. That scene was cleared safely.

"Today's world right now is a little chaotic. When you see this happen in another city, you kind of prepare yourself but still at the same time, never expect it," said Schmitz.

The Coyle family took off in the R.V. to head back to Missouri shortly after 4:00 on Friday. They said despite the situation, they will return to Louisville for another visit.

“We’re heading back to Missouri.”

This RV carrying a family says after showing police photos from their visit to the Science Center, officers were understanding and cleared the scene quickly. @WHAS11 pic.twitter.com/cTOJaV3AOz

LMPD's message to the community is that if you see something suspicious, say something by calling the anonymous tip line at 574-LMPD.