Even after reopening, business has been slow as customers remain hesitant to come downtown. 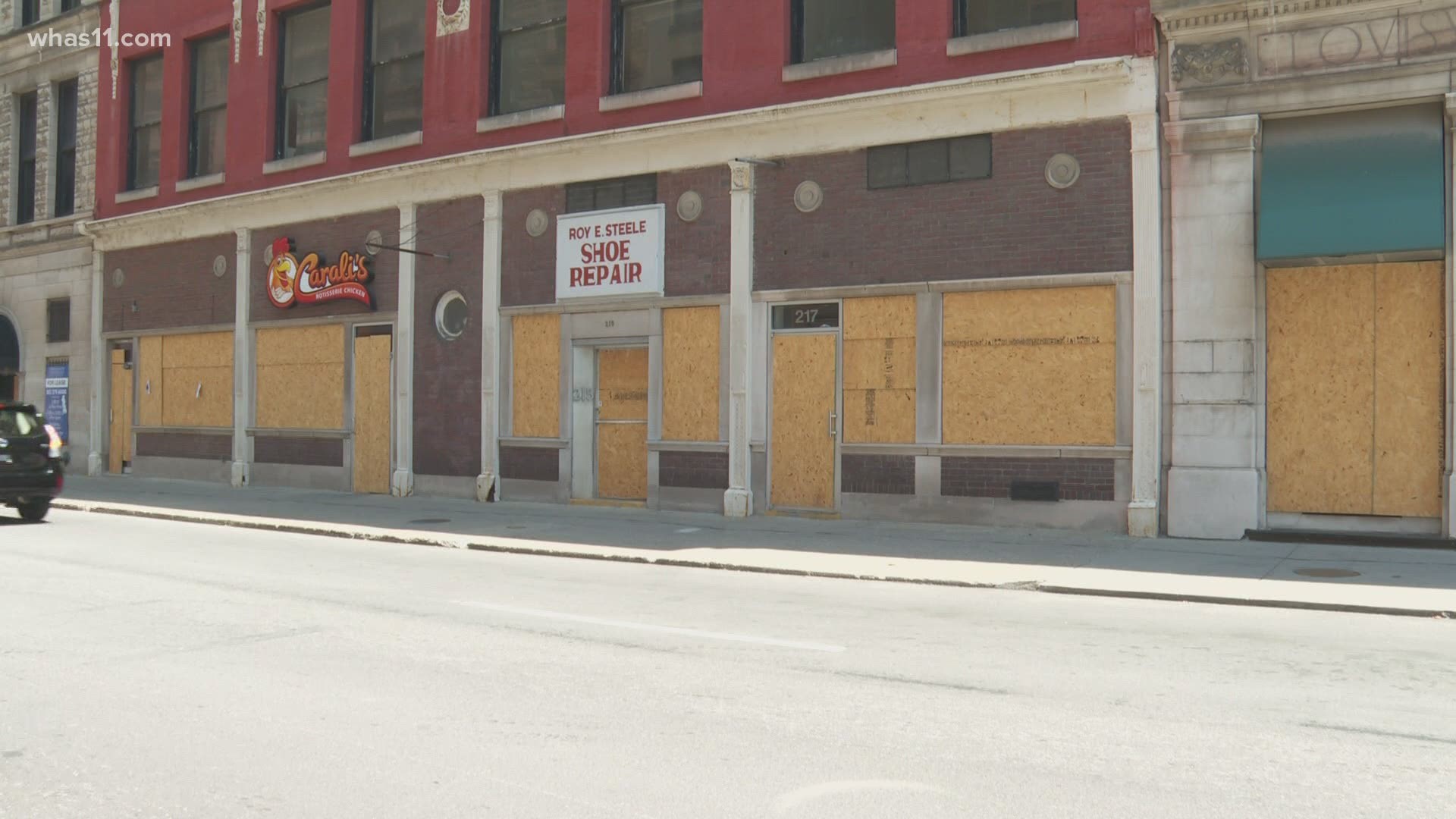 LOUISVILLE, Ky. — Eric Talbott knew when he opened his store on Fifth Street in downtown Louisville that it would be a challenge. But with the storefront of Talbott Fashions Downtown Haberdashery now boarded up, and a pandemic keeping most of his customers away, Talbott said he did not expect it to be this tough.

"I know that to be in business is not an easy thing," he said.

Talbott, who also has a separate smaller location inside the Galt House hotel, said his sales have plummeted since the coronavirus pandemic shut him down. Even after reopening in May, business has been slow as customers are still hesitant to come out.

"As a business owner, I can do what I need to do, which is make sure things are sanitized, cleaned, that I'm wearing a mask, which I have," he said. "I'm doing the best I know to do, but I can understand if someone didn't want to come out and pick up a pair of socks, unfortunately for me. But it's the day and time we're living in."

Other downtown businesses have also suffered similar drops in revenue and many, like Talbott Fashions, have been boarded up after people vandalized several downtown buildings following protests against racism and police brutality. Talbott said his landlord made the decision to keep the boards up, but there have been some discussions about how long they may remain over his store.

The boarded up businesses was also a topic of discussion Tuesday morning at the Main Street Association's panel at the Frazier History Museum focused on the needs of downtown businesses as they look to bring more customers back.

Councilwoman Barbara Sexton Smith (D.-District 4) made the point that business owners cannot blame their economic woes on the protests downtown and forget about the much larger impact of the pandemic.

"I think as business operators, one of the biggest mistakes we can make is to kid ourselves and to blame certain things on one P [protests] when it really might be the other P [pandemic]," she said.

Sexton Smith said in speaking with her constituents, many told her they have left the boards up while they are waiting on replacement windows, which have been delayed because of the pandemic.

"So my question would be how many boards would come down if not for the pandemic?" she said.

Talbott said he hopes people will come downtown and realize its not at bad as they might think.

"I would encourage anyone who may be hesitant to come downtown to venture out and come see for themselves that it's not what it may seem to be," Talbott said.