J. Russell Lloyd, 50, passed away Sunday morning, according to officials. 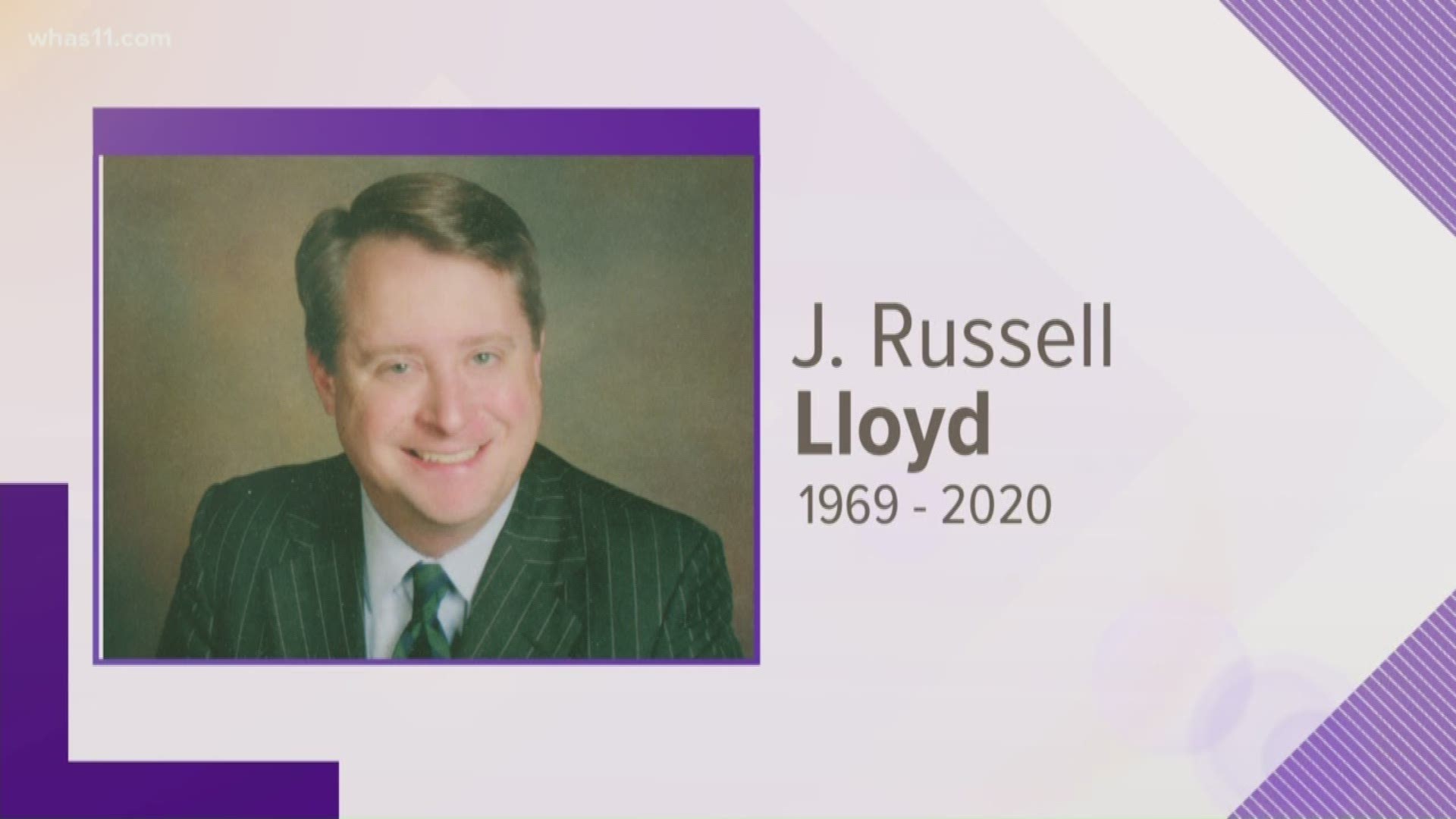 LOUISVILLE, Ky. — The Louisville Democrats are mourning the loss of their chairman of the executive board.

J. Russell Lloyd, 50,  passed away Sunday morning, according to officials.

Lloyd had been the chair since 2016 and had fought tirelessly for voters whose right to vote was being challenged.

He also ran the voter protection hotline in Jefferson County.

“Russell has made a permanent mark on how the Louisville Democratic Party functions, and we will honor him by continuing his legacy of leadership, ethics, and commitment to electing Democrats across Jefferson County, up and down the ballot. We are all going to miss him and we send our deepest condolences to his family,” Virginia Woodward, vice and acting chair of the board, said.

"I am saddened to learn of the passing of J. Russell Lloyd. Since 2016, he served as the Chair of the Jefferson County Democratic Party. He strongly believed in democracy and worked with everyone in our party to bring new thoughts and ideas into the political process. While he was a lawyer by profession, he was also dedicated to many civic activities. A native of Louisville, he has said many times he wanted to see our city become a world class city. Our thoughts and prayer are with his wife and family in this time of grief. Those of us who knew and worked with him have lost a good friend.”

Funeral arrangements for Lloyd have not yet been announced.