Kentucky Gov. Andy Beshear and emergency management officials are asking for all non-essential travel to be canceled ahead of the weather. 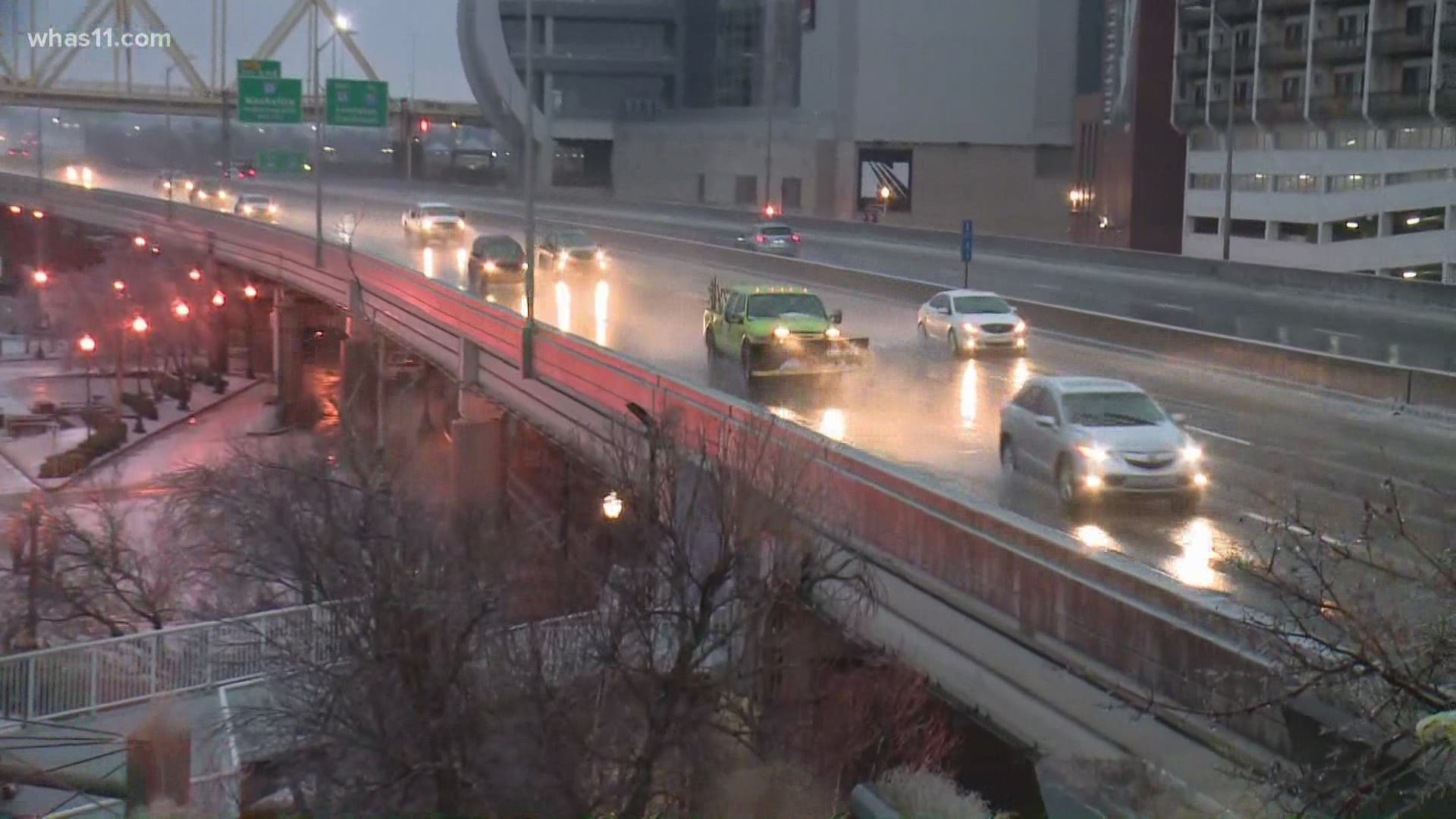 MetroSafe said five non-injury crashes were reported by third-party callers Wednesday morning, while 15 motorists were stranded. There were 20 crashes that involved injuries, several of which happening on I-64 and I-65.

At one point, a multi-vehicle crash blocked all lanes on the Gene Snyder near New Cut Road. An officer responding to the original crash was injured in another crash, but is expected to be okay.

Gov. Andy Beshear and emergency management officials are asking for all non-essential travel to be canceled ahead of the weather.

The Kentucky Transportation Cabinet said crews have been out since overnight hours and will remain on throughout the day to monitor conditions and treat roadways.

KYTC said drivers should remember to drive slow no matter what type of vehicle they are in, especially when approaching intersections or bridges. Anyone who needs to travel should allow more time for commutes than normal.

Multiple schools and businesses have announced closings or delays, which can be found here.

For more information on the wintry mix that will be in the area within the next 48 hours, visit our First Alert Storm Team's blog.

RELATED: A wintry mix of snow, sleet and freezing rain will be with us for the next 48 hours