Mayor Greg Fischer said that while the city supply is currently limited, the federal government is expected to distribute more doses in six to eight weeks. 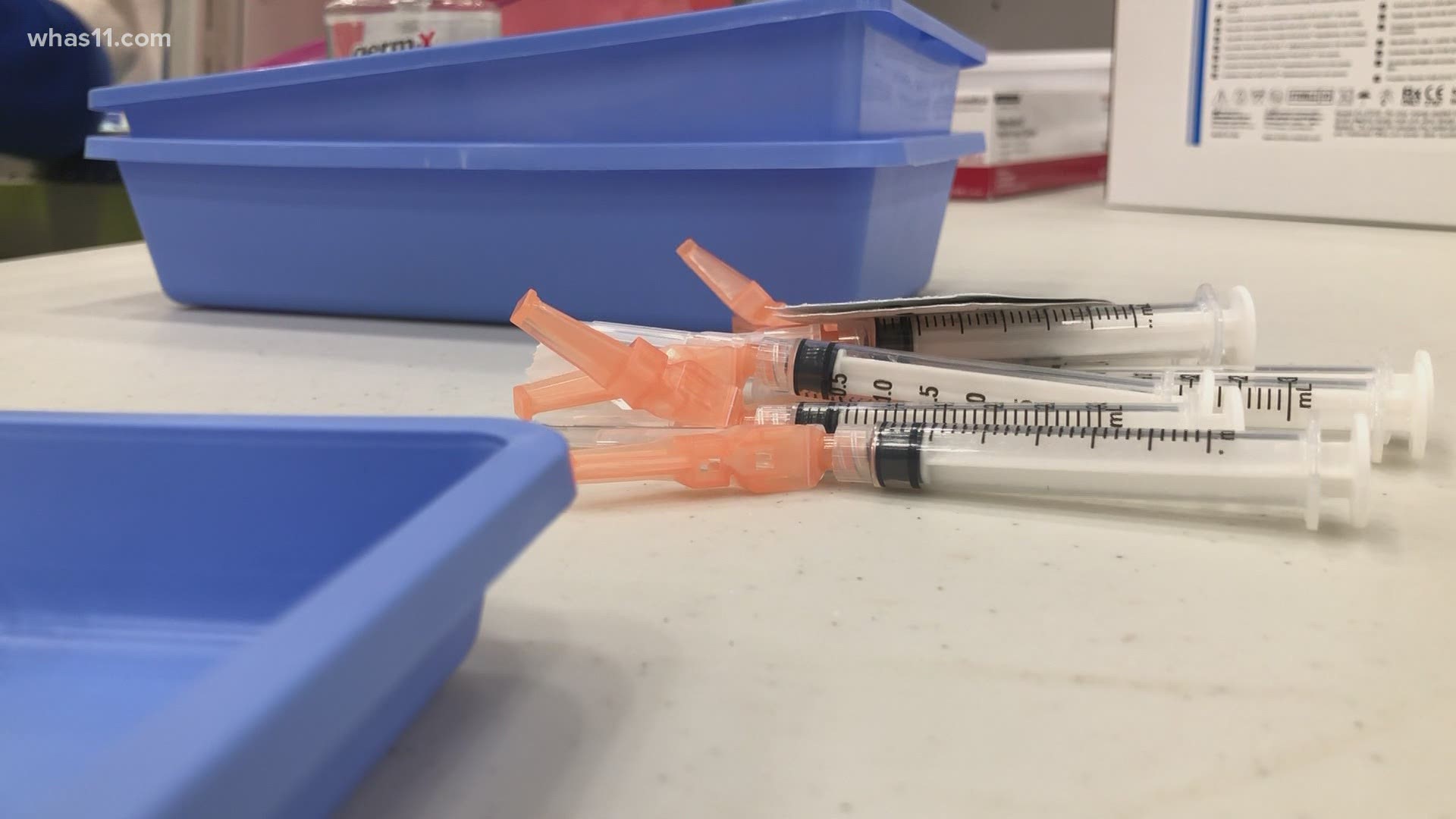 During a COVID-19 update at Broadbent Arena, Associate Medical Director Dr. SarahBeth Hartlage said more than 90,000 people have received at least their first COVID-19 vaccine. About 23,000 of those doses have been distributed at the mass vaccination site.

"It's an awesome milestone, but we're still a long way away from herd immunity," Hartlage said.

Mayor Greg Fischer said that while the city supply is currently limited, he believes the federal government will distribute more doses in six to eight weeks, meaning more vaccinations at a quicker rate.

Health care partners are still working to vaccinate those who are 70 and older, while those at Broadbent Arena finish vaccinating educators. Hartlage said they expect all JCPS staff who want a vaccine will receive theirs by Feb. 9. The second doses will start to be distributed Feb. 19.

JCPS Superintendent Marty Pollio commended the health department for their work quickly vaccinating educators, saying he will recommend a back to school plan soon.