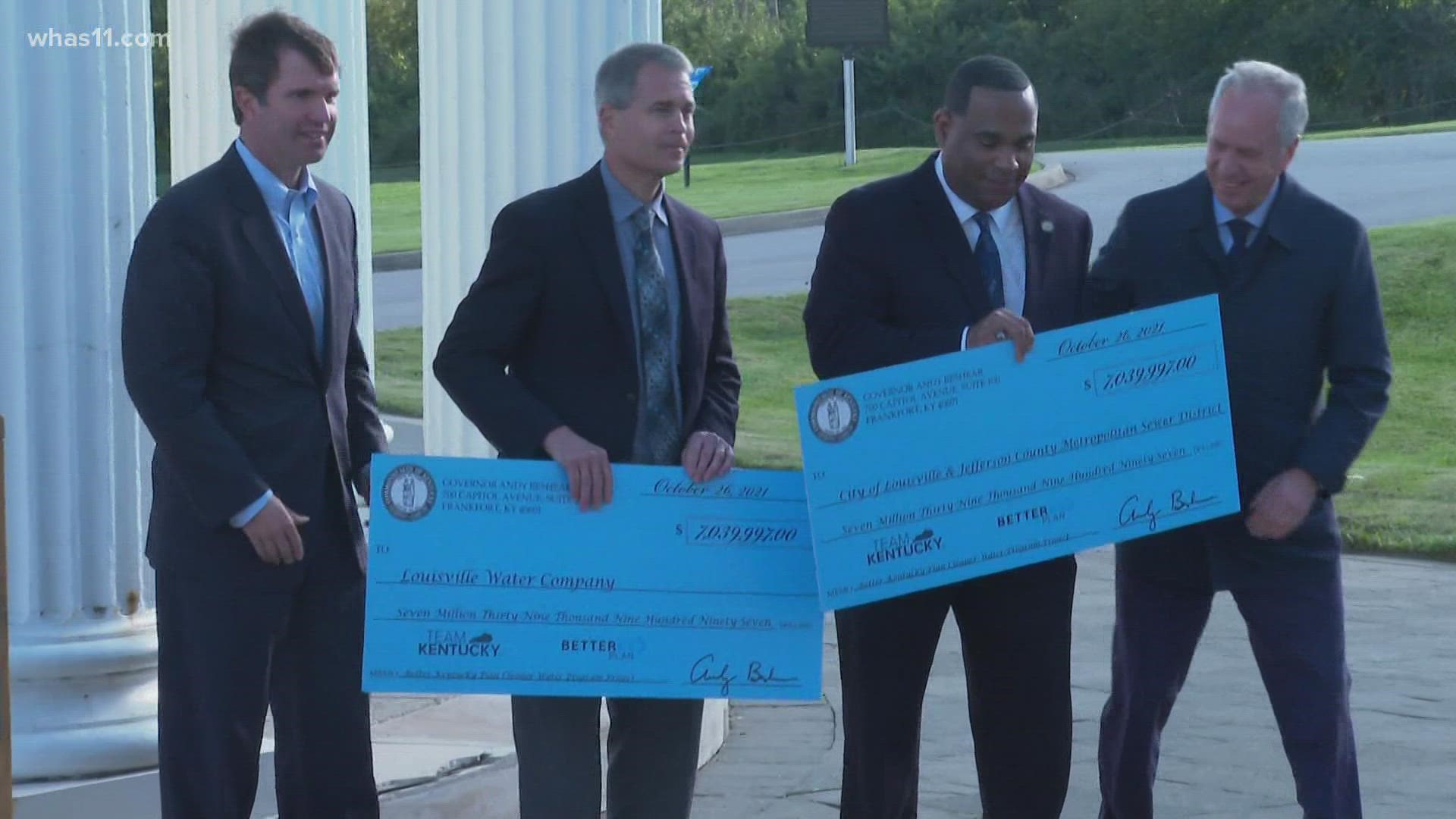 LOUISVILLE, Ky. — Millions of dollars of improvements are on the way for Louisville’s aging water lines.

One will focus on replacing nearly four-miles of pipe on Oak Street while the other will replace about a mile and a half of pipe on Muhammad Ali Boulevard.

“We're investing in both a downtown line that has been broken and needed repairs that we have seen, but also in lines that serve the West End region. That we're doing it the right way, we're doing it equitably because everybody deserves clean drinking water,” Beshear said.

The projects are part of the Better Kentucky Plan’s $250 million Cleaner Water Program.

MSD also received more than $7 million to pay for a portion of the Paddy’s Run Pump Station project in Rubbertown.

Built in 1953, officials said the pump station has exceeded its life and exceeded capacity to serve Louisville residents during flooding.

The project is expected to upgrade capacity and install a discharging piping system over the existing levee. This new facility will minimize community, environmental and safety risks.

“MSD is very appreciative of this investment in protecting public health and the environment through our vital wastewater and storm water services that help ensure safe, clean waterways for the community,” MSD Executive Director Tony Parrott said. “The Cleaner Water funds will allow MSD to make significant upgrades at the Paddy’s Run Pump Station that protects 70,000 homes against flooding and sewer overflows during periods of heavy rains.”

The projects are expected to begin in spring 2022.