The president of LCFC announced the partnership with the Lynn family on July 5. 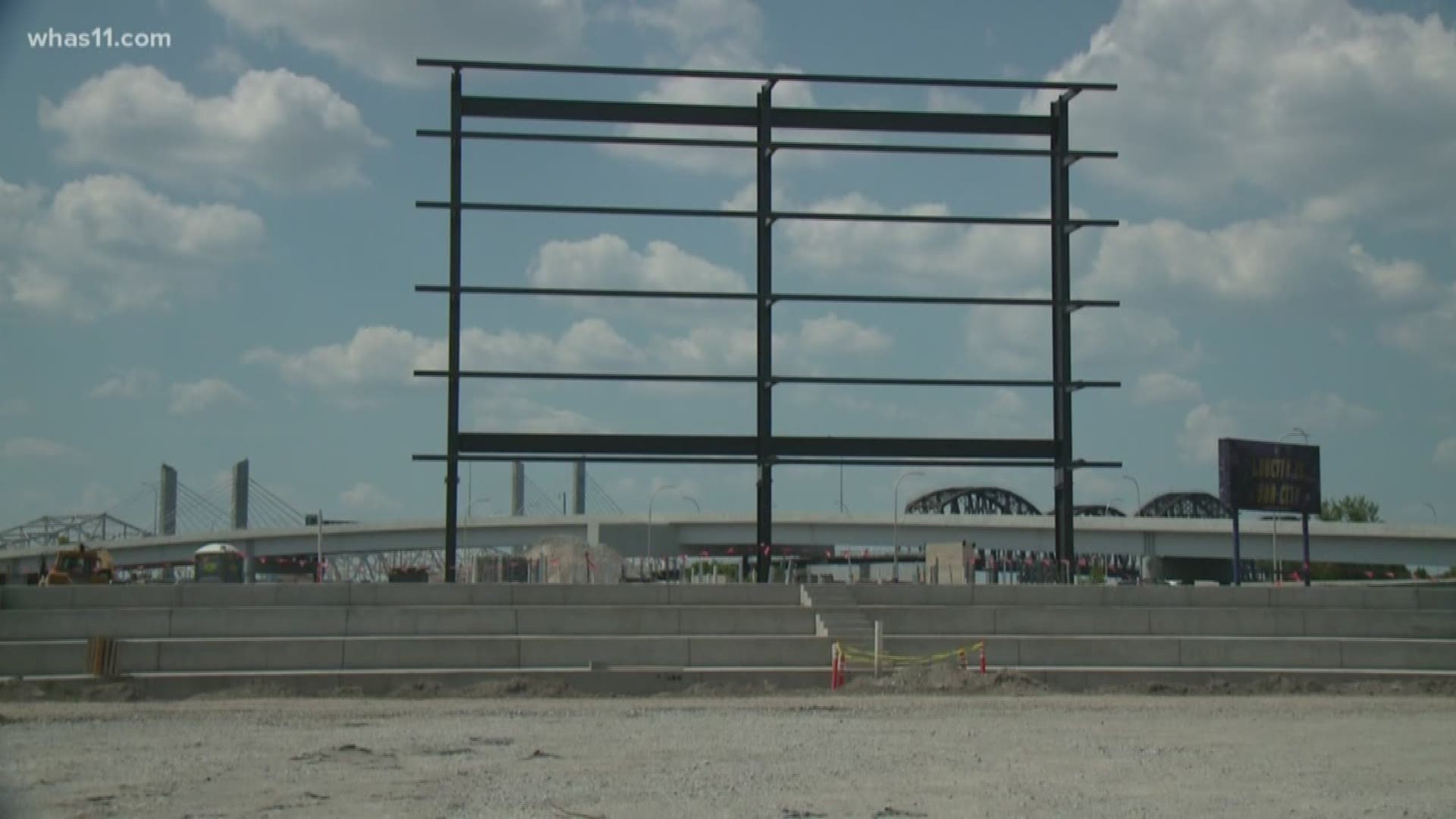 LOUISVILLE, Ky. (WHAS11) -- The stadium is more of a steel skeleton now than a state-of-the-art athletic facility with construction equipent and gravel in place of grass. While the new Louisville City FC stadium is still months away from the opening kickoff, the soon-to-be Butchertown landmark now has a name - Lynn Family Stadium.

"It kind of finalizes it a little bit," Louisville City FC goalkeeper Chris Hubbard said. "It's starting to get real. The name's here. It's up. It's not just a patch of dirt anymore."

"Louisville's been very good to us," Mark Lynn said. "It's time for us to be good to Louisville."

"First soccer field we got ito was more about a university," Lynn said. "This soccer we get got into is more about family, more about people, more about us, the community and who we are and just say thank you very much."

Lynn, a Louisville optometrist and the owner of Visionworks, said he did discover a passion for soccer after the university's soccer field was named for his family but the donations are less about the sport as much as they are about his city.

"I look at this as an investment in return on who we are, on what we stand for on saying something to my family and on hopefully giving a little back to the community," he said.

Hubbard, a Louisville native, said he can already see the impact the stadium will bring to his hometown.

"I would have killed in high school to come out and be exposed to a level this high," he said. "I think it's great for the city, great for youth soccer here."

The stadium is expected to be completed in spring 2020.