Mayor Fischer said the budget, which includes $190 million for LMPD, quadruples the city's investment in violence prevention and capacity-building programs. 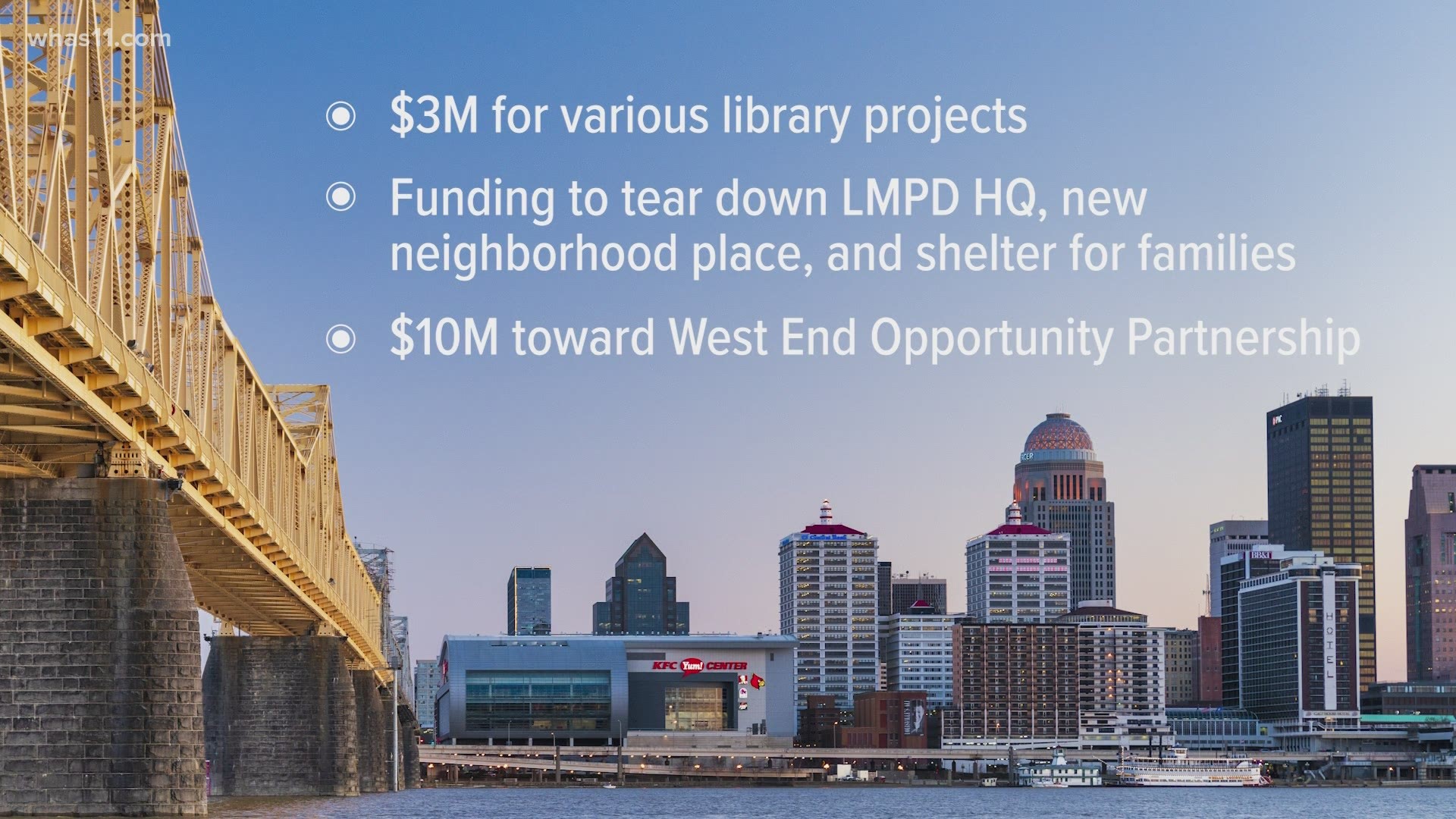 LOUISVILLE, Ky. — In a 24-2 vote, Louisville Metro Council passed the city's budget for the 2021-22 fiscal year Thursday. Just under half of the $1 billion budget will go toward public safety, with a major focus on crime prevention.

“As our city regains the economic momentum we had before the pandemic, the budget approved tonight provides a roadmap into the promising and exciting next stage of our city’s history – one based in greater equity and justice,” Louisville Mayor Greg Fischer said.

According to Mayor Fischer, the approved budget quadruples the city's investment in violence prevention and capacity-building programs. Portions of the funding will be used to increase pay for police, fire, EMS and other first responders, as well as fund the deflection program, which sends social workers and mental health professionals to 911 calls.

More than $190 million is set aside for the Louisville Metro Police Department (LMPD), a move that wasn't supported by everyone. A small group of people gathered outside City Hall Thursday night, demanding that the council pull $50 million from the department to be used in other ways. Metro Council President David James told them the council did not think money should be divested from LMPD.

Funding for the Civilian Review Board, libraries, city maintenance and renovation projects, community services and housing were also included in the budget, which can be read in full here. It will go into effect July 1.

"We have many human needs in Louisville, some of which have increased in the pandemic. I’m particularly pleased that Council members recognized the need to invest a fund reserved for “Council-designated priorities” in a variety of human services across the community," said Council President David James.

Metro Council also approved a plan for more than $30 million in federal funding coming to Louisville. The first round of American Rescue Plan money will go towards addressing urgent needs in Louisville, including battling the COVID-19 pandemic and providing utility assistance.