Artist Whitney Holbourn said she not only returned to fix the mural, but add another face: Travis Nagdy. 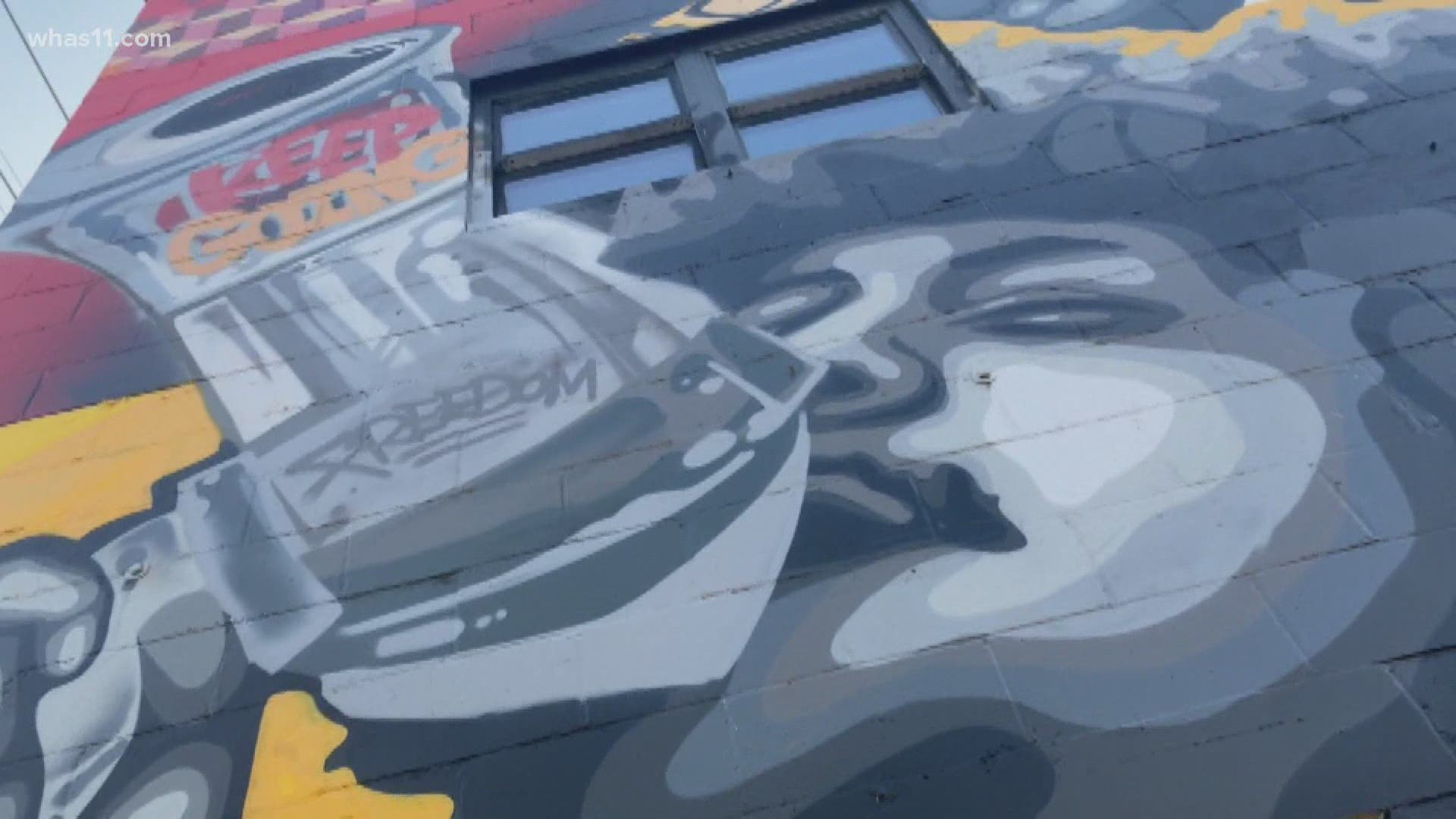 LOUISVILLE, Ky. — A mural honoring Breonna Taylor and David McAtee has been repaired after it was vandalized earlier this summer.

The "Say Their Names" mural at the intersection of 11th and Main was covered in blue paint just weeks after a different mural of Taylor at Lannan Memorial Park was vandalized.

Artist Whitney Holbourn said she not only returned to fix the mural, but add another face: Travis Nagdy. The 21-year-old who was at the forefront of Louisville's fight for justice died after a shooting in November 2020.

"Some people decided to cover their faces in paint, to hide them, so I figured what could be more impactful than adding another face," Holbourn said on Facebook. "We decided to add Travis Nagdy...he was known for carrying his megaphones everywhere, leading chants and raising awareness and bringing the youth to the movement."

Holbourn said the mural is worth the work, saying she will return any time the piece is vandalized.

"That's the absolute best part of my job is being able to put things up so large that people can’t forget," Holbourn said. "People want to forget, it’s evident when people try to cover them up. But not on my watch."