Of those 125, Louisville Chief of Public Service Amy Hess said 116 have been released. 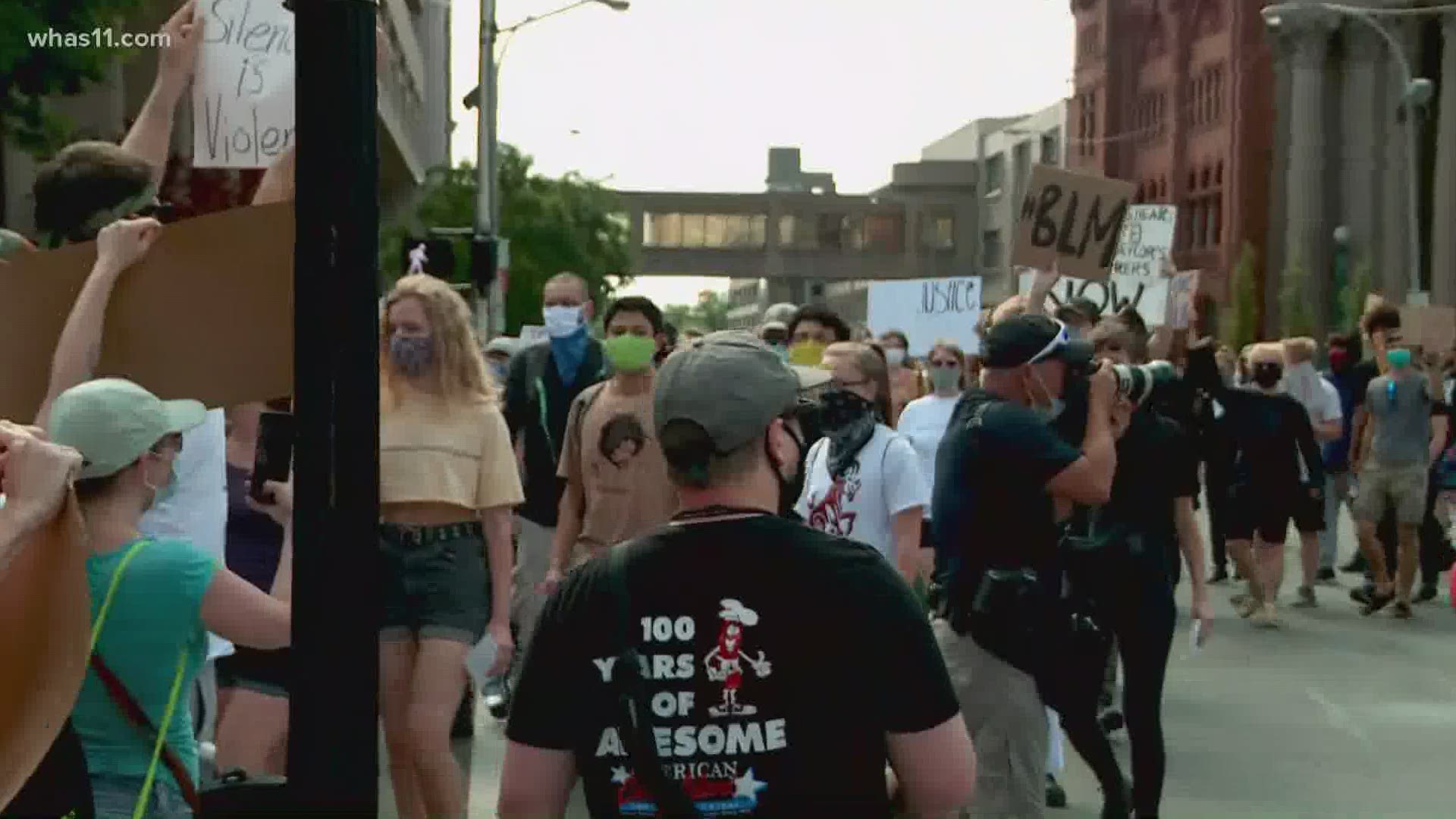 As of Tuesday morning, 125 people have been arrested in connection to protests over the death of Breonna Taylor in Louisville.

Chief of Public Services Amy Hess said 116 of those arrested have been released. There were no issues inside the jail, and protesters were housed separate from the general population.

Hess said "the vast majority" of protesters were released with 24 hours, however the courts closed early Sunday night through Monday, causing a backlog.

The 2020 Kentucky High School Teacher of the Year Matt Kaufmann was one of the many arrested during these protests, however his charge was only listed as an unspecific misdemeanor charge.

Kahlil Fennel, director of operations for the University of Louisville's men's basketball program, was charged with unlawful assembly. Police said he violated the 9 p.m. curfew and "did not comply with an order to leave."

"The simple presence of any of these items alone is not going to prompt us to disperse or use tear gas," Allen said. "We monitor the entire landscape, and behavior in the crowd."

Assistant Chief of Police LaVita Chavous said it is police policy to shoot pepper balls at the ground in front of crowds in an effort to disperse, however video has shown officers appearing to shoot directly at crowds, including the incident where a Louisville camera crew was hit Friday night.