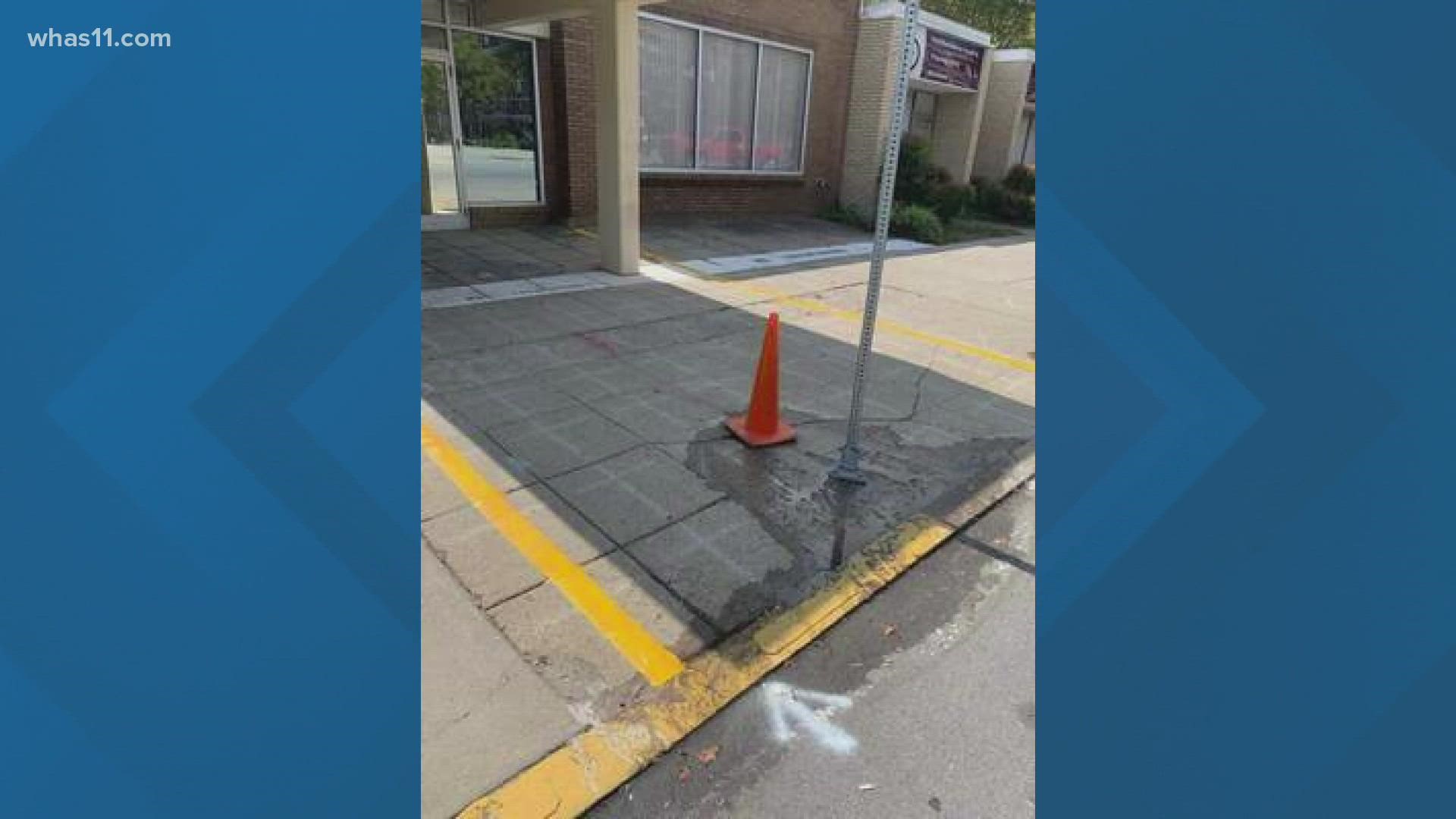 LOUISVILLE, Ky. — Less than one week after a judge denied the request to block a buffer zone outside a downtown abortion clinic, new lines were painted around the entrance of EMW Women's Surgical Center.

Metro Council passed an ordinance in May allowing a 10-foot wide buffer zone that moves protesters away from the only licensed abortion clinic in Kentucky. Protesters cannot go inside the lines unless they are going to legitimately use the clinic.

Anti-abortion activists filed a lawsuit to stop the buffer zone, but lost the legal challenge when a judge denied their request for a temporary restraining order. Still, the lawsuit was not dismissed as the judge said she believes the plaintiffs misinterpreted the ordinance, thinking the zone was the entire city block.

In a release, Louisville Safety Zone Coalition members said they are "breathing a small sigh of relief" once the lines were painted.

"These simple lines will make a big impact on people's ability to access health care safely," council members Cassie Chambers Armstrong said in the release. "I am thankful to all of those that have helped advocate for a safety zone. It is an honor to stand with you in support of patient dignity and safety."

Chambers Armstrong, the primary sponsor of the measure, said the bill is not about keeping people from having free speech but is instead aimed at "dangerous conduct" not protected by the First Amendment.