Danny Wimmer Presents said a member of the team discovered an unresponsive contract vendor overnight at the Kentucky Expo Center. 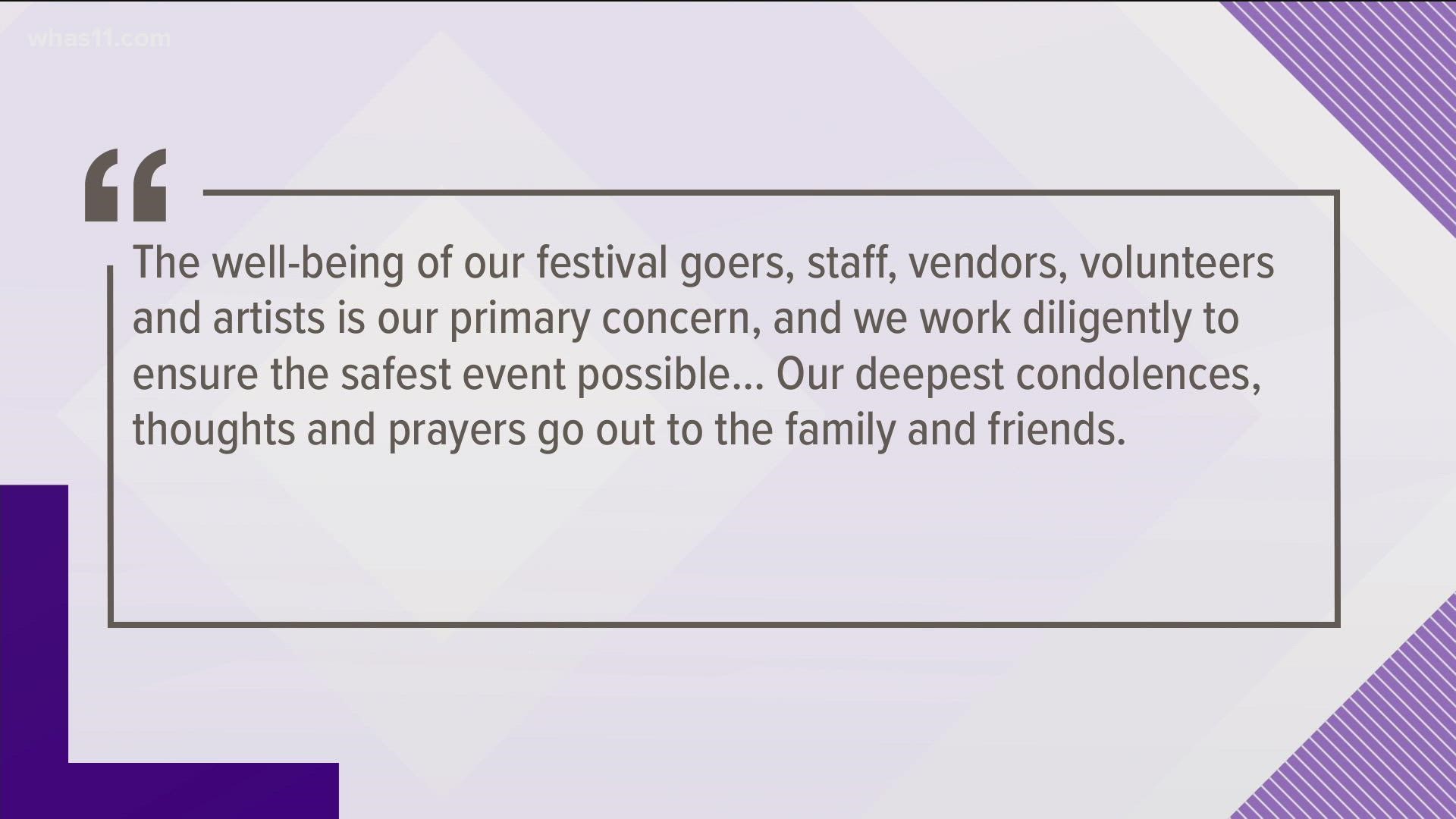 Danny Wimmer Presents said a member of the team discovered an unresponsive contract vendor in a working zone after the first night of Louder Than Life at the Kentucky Expo Center. EMS was dispatched, and the company said officials confirmed the death as an apparent overdose.

"The well-being of our festival goers, staff, vendors, volunteers and artists is our primary concern, and we work diligently to ensure the safest event possible," Danny Wimmer Presents said. "Our deepest condolences, thoughts and prayers go out to the family and friends."

The Jefferson County Coroner's Office confirmed there was a death at the fairgrounds Friday at around 5:40 a.m., saying no foul play is suspected at this time.

The vendor has been identified as 40-year-old Nicholaus Davis by the Jefferson County Coroner's Office. His cause of death is pending toxicology reports.

Louder Than Life kicked off its extended weekend Thursday with headliners Korn, Staind and Cypress Hill. Metallica is scheduled to headline Friday and Saturday's lineups. Several performers, including Snoop Dogg and Nine Inch Nails, have canceled their performances.

This is the second year for Louder Than Life. Last year's festival was canceled due to the COVID-19 pandemic.