The companionship between Kenneth Marret and his 15-year-old dog Baxter is a special one. 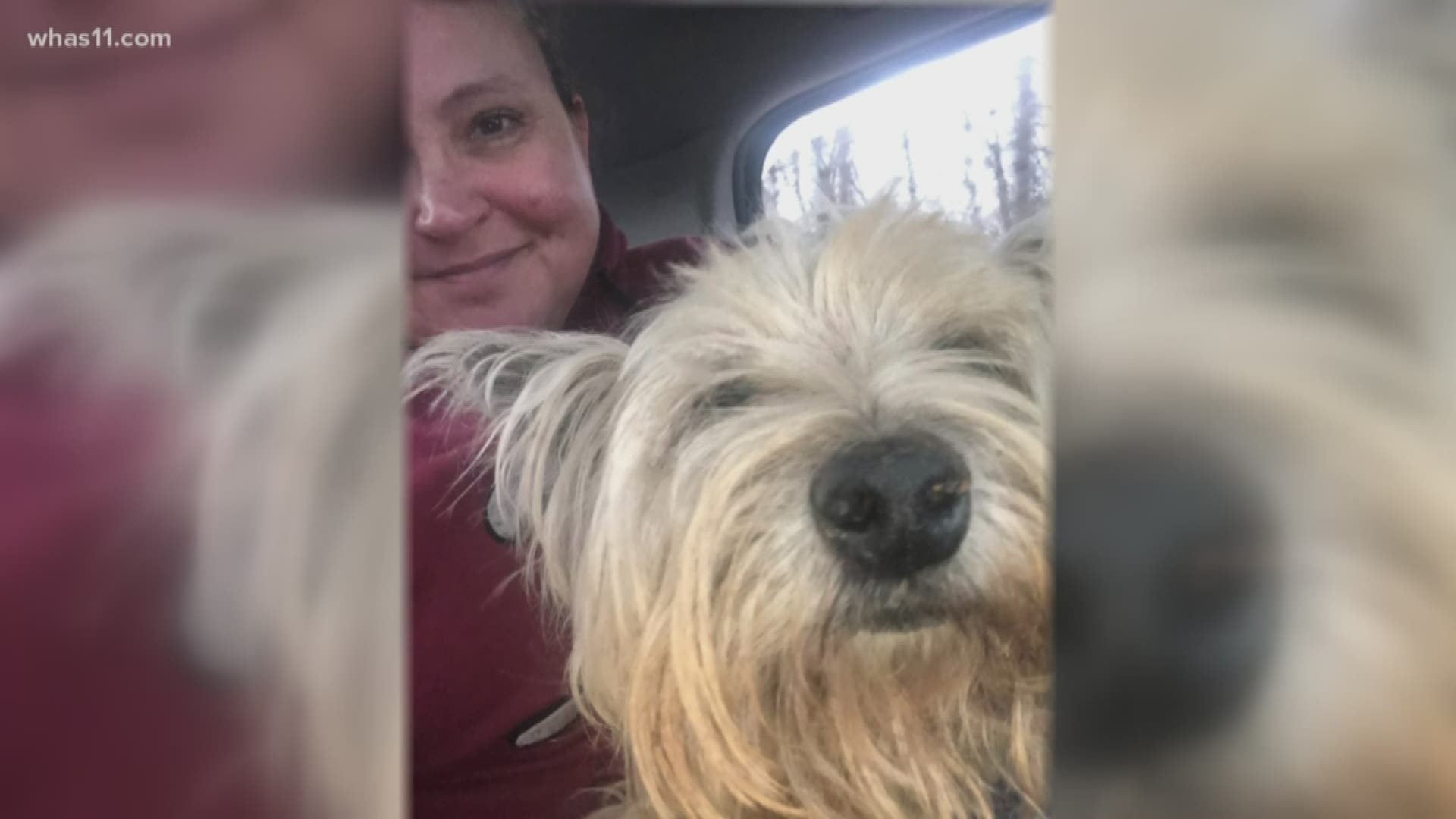 FRENCH LICK, Ind. — A boy and his best friend were reunited this week after a potential tragedy turned into a miracle.

The companionship between Kenneth Marret and his 15-year-old dog Baxter is a special one. At two months old, Kenneth's birth father shook him so hard it left him partially blind and with only 40% of his brain functioning properly.

“Kenneth was really not expected to walk, talk, eat, pretty much a vegetable is what they told us,” Steve Marrett, Kenneth's adoptive father, said.

Kenneth's birth father was convicted and went to prison. When Kenneth was three months old, Steve Marret and his wife Marcia started fostering him.

“A lot of attention, a lot of therapy, he started developing and improving,” Marret said. After two years, they decided to adopt him.

“We fell in love with him, we cared for him, we've been through so much together,” he said.

“From the beginning, once we brought Kenneth home, Baxter has this sense of 'I'm going to protect this little guy.'”

The dog became one of Kenneth's motivators to use his legs.

“Baxter would run away from him and Kenneth would initially crawl and when he started walking, he would chase him around the house,” Marret said.

The pair were inseparable until February 24th, 2020. Marcia had let Baxter outside to use the bathroom.

“I'm getting worried because he's always back, he never came back that night,” she said.

Neighbors started searching the woods as 5-year-old Kenneth hunted through the house.

“He'd go to different rooms, he would wander around, you could tell he was looking for him.”

After days and weeks went by, the Marret family started to lose faith.

“I was started to accept the fact that we would never see him again,” Marret said.

“Marcia’s talking to a friend saying, 'There's a dog that looks like Baxter that's been found, they need to get a hold of you,” Marret said.

Tim and Angela Vaal were fishing at Lake Patoka when they saw Baxter stuck in the mud near a shoreline. It was over a mile from the Marret home.

Baxter was covered in ticks and had lost seven pounds, but he was alive.

“I'm getting goosebumps now,” Marret said. “It was like this is a miracle. It can't be and it was.”

It was a reunion to remember between Kenneth and Baxter.

The entire incident served as a reminder of life's blessings for the Marrets.

“If you don't believe in miracles, it's time to start. We do.”