They are being left on disability ramps, sidewalks and in front of doors. 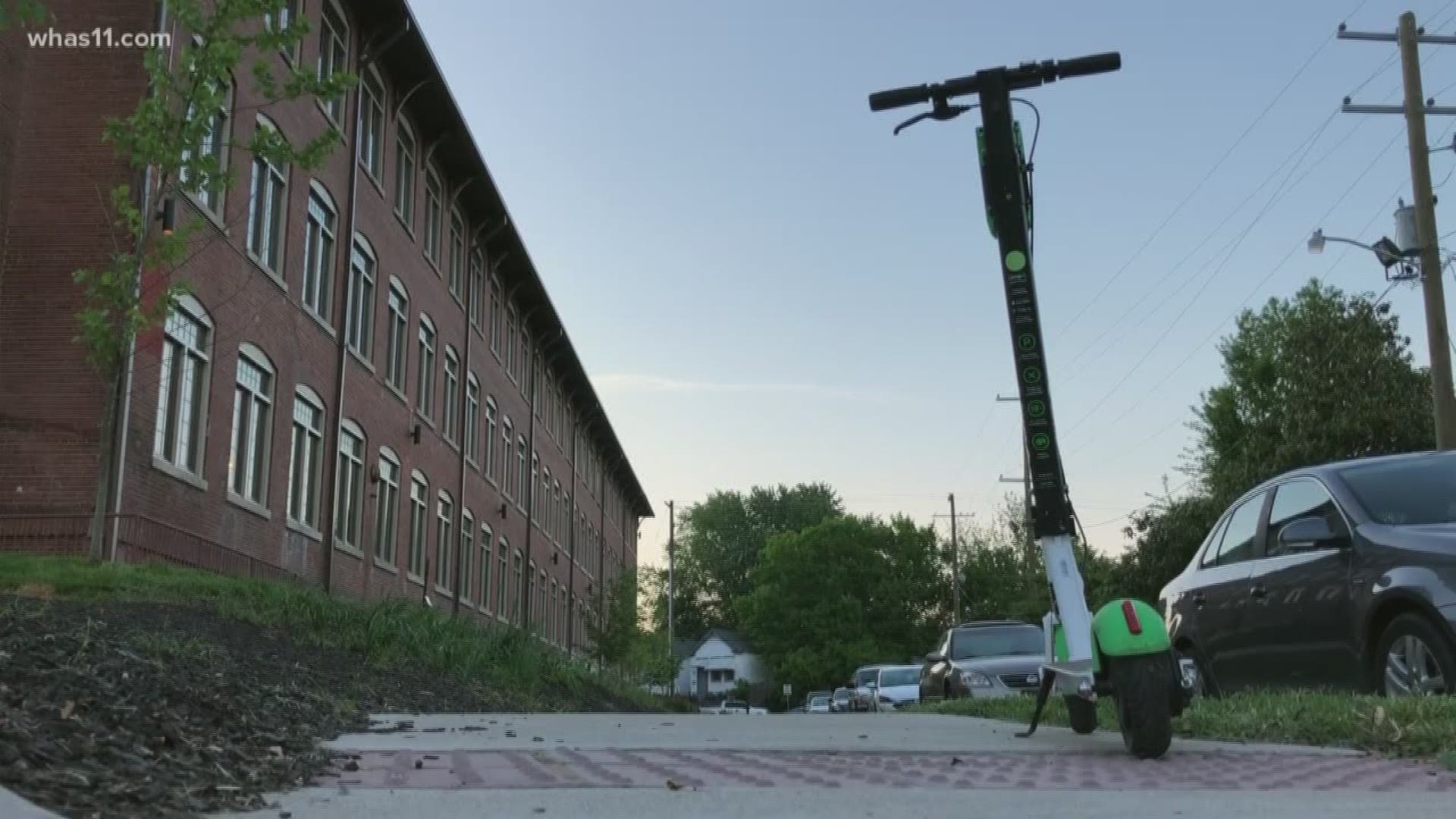 LOUISVILLE, Ky. — Not too long ago, lime scooters starting popping up around the city.

And while some use it as a quick, cheap, environmentally friendly way of transportation, other's are dealing with some complications.

Caitlin Ray, who is a student at the University of Louisville tweeted, "Lime bike this is unacceptable. I have a disability and could not use the ramp outside the business building and UofL parking refuses to move them for people with disabilities who need the ramp. Who should I reach out to when this happens?"

While she sparked some conversations, she didn't get many answers.

University parking told her they don't have the resources to always move the scooters but, they did encourage her to continue calling lime.

"The average blind person even traveling with a cane would not know where that's at until you actually hit it and you probably going to fall over," said Marcellus Mayes, who is legally blind and President of the Metro Disability Coalition.

Dozens of lime scooters flood the streets of Louisville but when people are finished using them, some are plopped in the middle of sidewalks, disability ramps and front doors.

"If people utilized common courtesy, it help us get where we need to go just like everyone else needs to go," said Chuck Rogers, who has been wheelchair bound for almost 38 years.

Mayes says he doesn't want to take away people's access, but new rules and regulations could help those who need it.

And Chuck Rogers agrees. He compares people leaving scooters in inconvenient places, to able-bodied people parking in a disabled space.

"People have these areas for a reason. We need sidewalks to be able to get through. Some people can clear things out themselves, individuals with disabilities, we can't, we don't have the ability."

The life of someone with a disability is different today than in years past...

"It's funny how technology is growing how new issues come up and new obstacles arise," Rogers said.

So what's the answer to this problem?

"It would be great if people would just think about other people and other peoples needs. We'd have a greater community if we all would do that," Rogers said.

"Each one of you have a Metro Council representative. You need to communicate," said Mayes.

Both men say if each person took a few extra minutes of their day, to put these scooters back in a safe spot, it could make all the difference for those who already have limitations.

"We just want to be able to get in and out with the least amount of difficulties," said Mayes.

If you are looking to voice your concerns the Metro Disability Coalition meets every 4th Monday at 901 South 3rd Street. This month they will be meeting on May 20th.