Mary Carrigan Holden admits her arrest came at no surprise. 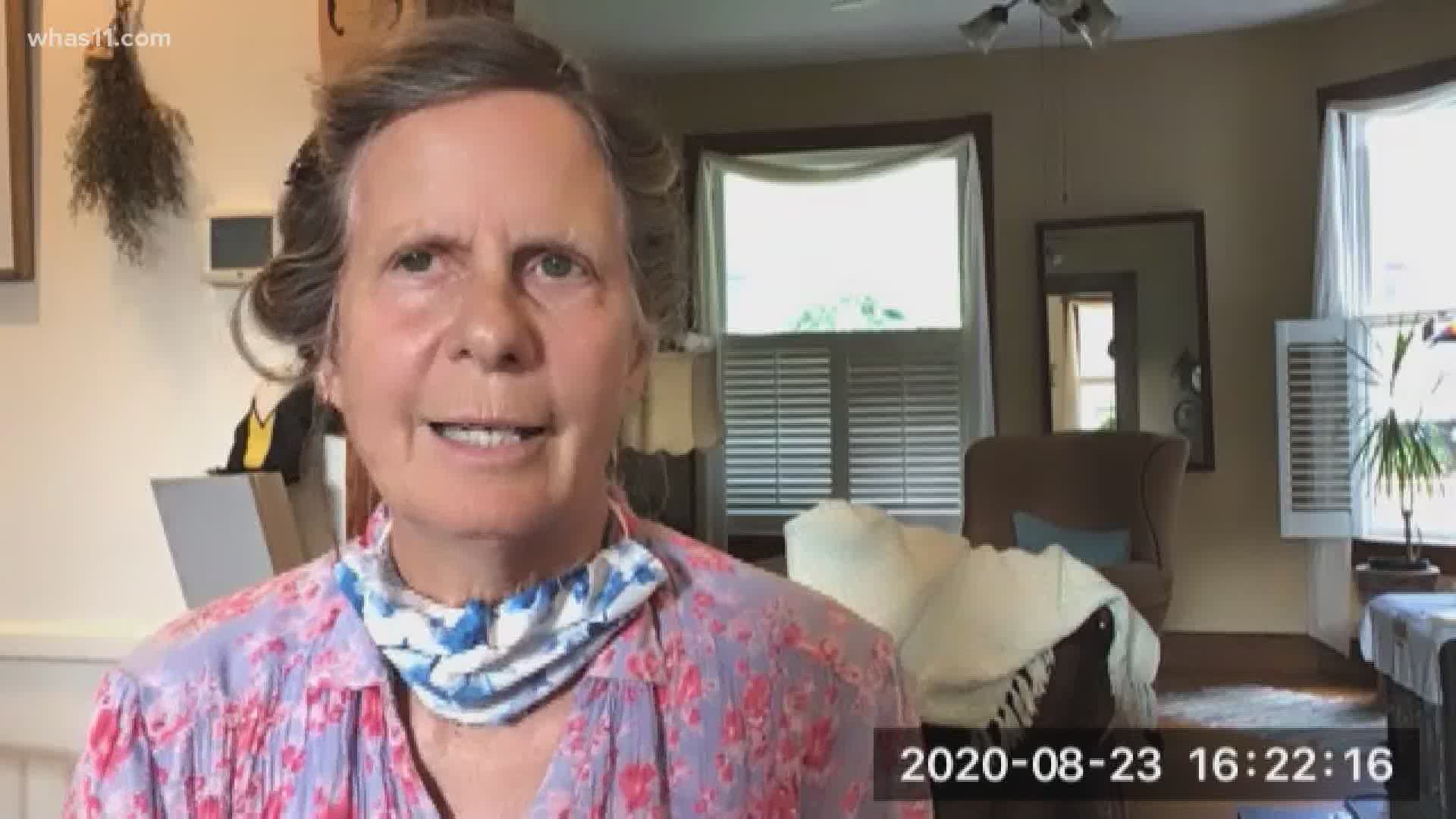 LOUISVILLE, Ky. — Mary Carrigan Holden was part of a group of senior citizens who decided it was their time to join the fight in getting justice for Breonna Taylor.

“We were kind of like a little flash mob," Holden said. "Here we come out of nowhere with our walkers and ... wheelchairs and ... then we just sat down on Daniel Cameron's lawn with our signs."

Holden was the lone participant arrested during the sit-in, charged with third-degree criminal trespassing. Six others were given citations.

She is currently at home and in quarantine for two weeks following her jail visit, and she said the arrest came as no surprise.

Holden said the arresting officers weren’t sure how to handle the situation.

“We were nothing but kind really," she said. "And we were very quiet. We intended to be in silence the whole time and then the police officers didn't know what to do with us. It wasn't a situation where they could grab us or something like that."

Holden’s cruise downtown was uneventful and she said her arresting officer was kind, rolling down the windows during the drive.

"I got some special treatment there, and probably because I was white and old," she said.

Still, the first-time jailbird said the experience was one she would not soon forget.

“It was eye-opening to go to jail," she said. "You know when they talk about 'defund the police,' I could see that whole idea - maybe social workers could do some of this work, rather than handcuffing to chain link fences and holding areas."

Holden said she wasn't handcuffed during her arrest, but others were.

"It was pretty dehumanizing," she said.

In her words, Holden is lending a hand to the Black Lives Matter movement and bringing justice to the Breonna Taylor case.

“It’s a great contrast isn't it? Here, they arrested a 68-year-old lady for sitting on a lawn but they're not arresting that officer,” she said.

Holden said concerns about COVID-19 have kept many in her age group from taking part in protests and demonstrations, but this time was different. With the help of friends, signs were made and the seniors kept busy – reading, meditating and breaking out the needle and thread.

During the sit-in, Holden said she wasn't knitting, but mending a hole in a dress.

Mending - the act of repairing something to make it whole again - is something she said could be applied to the current climate in the city.

“It’s kind of like the city of Louisville, you know, needs some mending right now. Same kind of idea,” she said.