"They grabbed me and immediately asked me to stop resisting at the same time. It was a simultaneous action. From there, I was thrown to the ground." 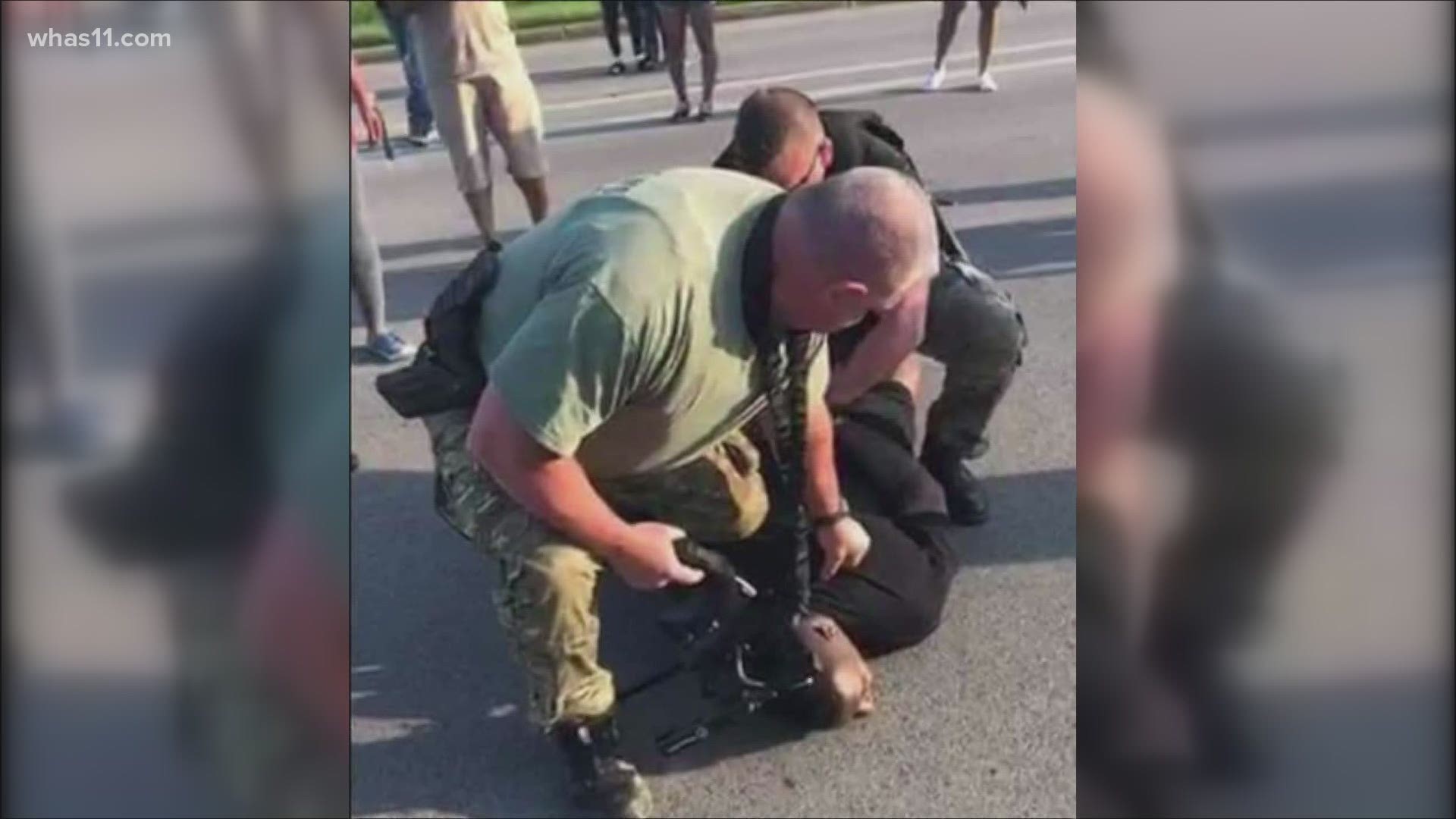 "We're not going to continue to take this lying down so to speak. There have to be protests in my view. There has to be protests," Findley said. Now, he's taking legal action against the city of St. Matthews after an incident at a protest on Shelbyville Road.

"They grabbed me and immediately asked me to stop resisting at the same time. It was a simultaneous action. From there, I was thrown to the ground," Findley continued to describe what happened, "knee on my back and legs, some sort of high powered weapon on my neck."

He said it happened after police told the group to move. He was handcuffed but not for long.

St Matthews Police Chief, Barry Wilkerson said this in a statement about the incident and lawsuit, "We can't comment on this pending litigation, especially in light of the fact that the lawsuit was just filed and we have not had a chance to go over the case with insurance defense council."

"The cellphone has become the social justice tool of our time," said Pastor Tim who has video and photos from when he was detained. Pastor Tim stresses that it is important to think about the Black men and women who don't get the out he did, "And they come out of this situation either dead or facing significant time because again, stop resisting, stop resisting."

Far from unnerved, he continues to use his voice and experience.

"There are many, many people in the Black community who do not feel the compassion of this compassionate city at all," Findley said.

RELATED: Kentucky AG says office will investigate 'every aspect' of Breonna Taylor case, before and after police shooting