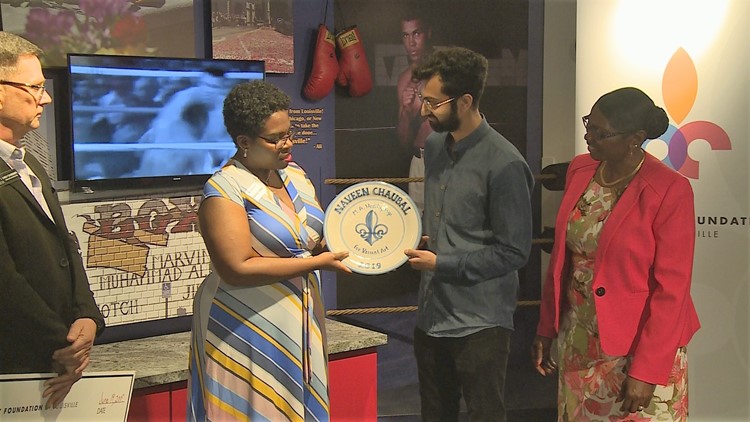 The Hadley Prize is a $5,000 award for local artists to "enhance their careers through a targeted enrichment experience of their own design with potential for significant community impact.”

Chaubal is the first filmmaker to receive the award. The Indiana native has produced a variety of documentary films, including a feature documentary on a displaced colony of traditional artists in India which premiered at the 2014 Tribeca Film Festival, but it's his current project, Pinball, which caught the eyes of the Louisville Visual Art selection panel.

Pinball is a feature-length documentary and fictional narrative hybrid about a teenage Iraqi immigrant figuring out his life as he straddles the two worlds and cultures he embodies—the world from which he emigrated and his current life in Louisville.

The Hadley Prize will allow Chaubal to travel to Egypt with Yosef, the local teenager featured in Pinball, where he will document the teen’s first return visit to the place he identified as home before coming to America 10 years ago.

Community Foundation of Louisville Program Officer Ramona Lindsey presented the award and told Chaubal the $5,000 prize would benefit not only he and Yosef, but the community as a whole.

Beyond the monetary prize, Chaubal said he appreciates the award as a broader show of support for his artistic work.

“It’s validation, it’s support, it’s feeling like you’re on the right path. I think film is such a collaborative piece and anytime you can be a part of a community and a city while making something, while making film, it’s just nice to know that it’s there.”

Chaubal and Yosef will travel to Cairo in December, along with the producer of Pinball, Bryn Silverman.