Local artist painting with a purpose in the Russell Neighborhood

Victor Sweatt started three weeks ago on the blank canvas made of brick at the corner of 16th and Muhammad Ali Boulevard. 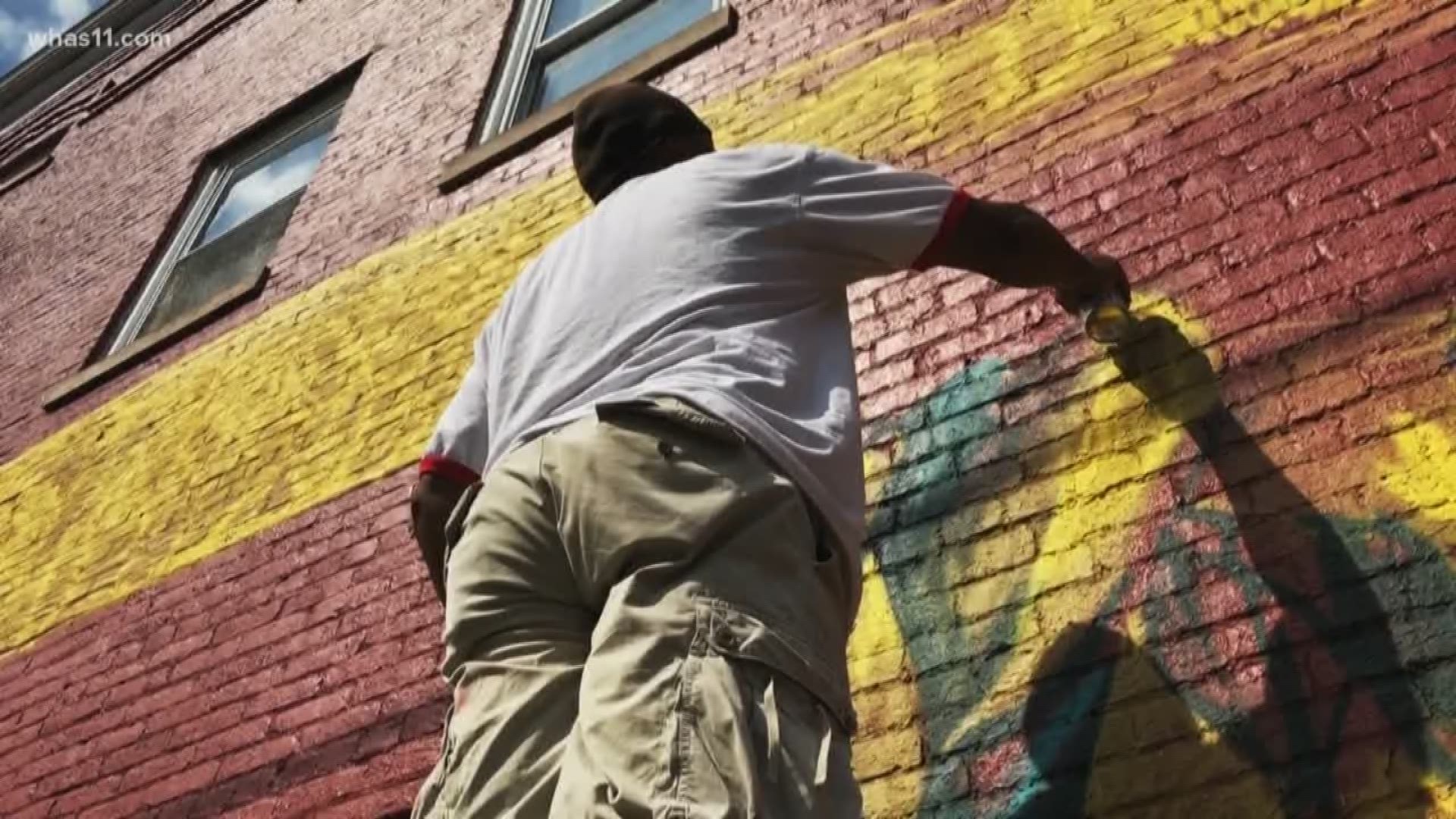 LOUISVILLE, Ky. (WHAS11) -- Under the hot sun but lost in his artwork, Victor Sweatt is bringing his creativity to the Russell Neighborhood.

Sweatt is painting with a purpose and using primary colors to produce a positive message.

“It's going to say 'be the energy that you want to attract,’” he told WHAS11 News.

He started three weeks ago on the blank canvas made of brick at the corner of 16th and Muhammad Ali Boulevard. It features children, who he’s hoping to inspire.

“I think that they should see themselves a lot more so they can see their place,” Sweatt explained.

He’s not done yet, but after spending only an hour on the sidewalk with Sweatt, at least four people approached him praising his work and thanking Sweatt for his dedication to the Russell Neighborhood.

“It's cool to not only see it from the art perspective but how it makes people feel.”

The mural is even catching the attention of the Louisville Urban League's Sadiqa Reynolds.

“For him to choose this area and what he's doing painting pictures of the kids, it's beautiful,” she told WHAS11 News. “So often all we hear about is what's wrong and this is a good thing.”

An artist since birth now spreading his joy to a community that’s ready to be inspired.

“I'm not thinking and I’m not feeling, I'm just part of it,” he said, not worried about a deadline. “Is it saying what you want it to say? Then that's when it's done.”