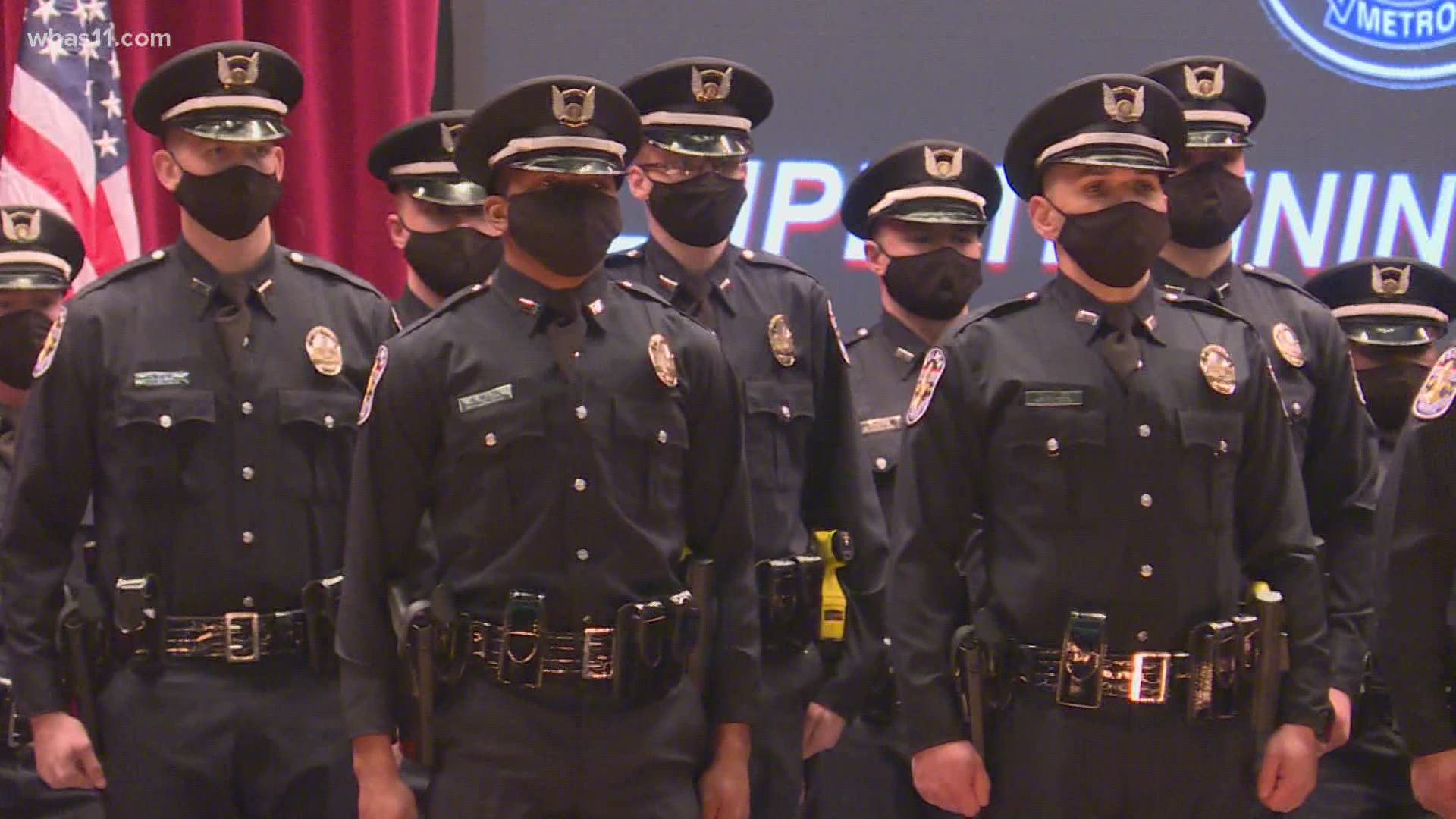 LOUISVILLE, Ky. — Twenty-eight officers stood on the stage at Louisville Memorial Auditorium and took the oath of honor, pledging to serve the people of Louisville.

The members of Metro Academy Class 46 graduated Friday after a 27-week training at the police academy.

"It's definitely been an emotional roller coaster, but I'm very excited for this," Jessica Skaggs, one of the newest officers, said.

"I'm here to help," Anthony Roach, another officer, said. "I want to get to know you all. I just want to get off on a good note and help you all as much as I can out there."

City leaders highlighted the class for its diversity, which was mentioned in the Hillard Heintze "top-to-bottom" review of the department as an area of concern, specifically when it came to leadership positions.

According to LMPD, six recruits were born outside the United States, hailing from countries including Cuba, Germany, Guatemala, Iraq and Haiti. Six recruits are also veterans and several more have previously held jobs in public service.

"I think it's good to bring that to the community so we can have more opinions and points of views coming out there so we can understand people better," Roach, who also served in the Army National Guard, said.

28 men and women are graduating from @LMPD police academy this morning. @WHAS11 pic.twitter.com/yZrRrCEm5V

LMPD Chief Erika Shields, who was hired earlier this year, told the new recruits policing is "in desperate need of rebranding."

She said it is understandable that the recruits may feel discouraged with the law enforcement profession and LMPD under fire over the last year with its handling of the police killing of Breonna Taylor and the subsequent fallout. However, Shields offered them words of encouragement.

"I'll tell you something - policing is one of the most rewarding professions you can ever, ever take on," she said.

New officers like Skaggs and Roach both said they understand there will be challenges ahead, but they said their goal is to help rebuild trust with the community.

"I would love to be that positive impact on other people and help those who are in need," Skaggs said.

"I want to be a good influence on a lot of younger kids out there that want somebody to lookup to in the community," Roach said. "I want to make sure I get a good relationship with everybody I come in contact with, try to change the perspective the police have right now."