With areas like PRP and Valley Station hit hardest, Police Chief Erika Shields said it's time for gun owners to invest in lock boxes for their vehicles. 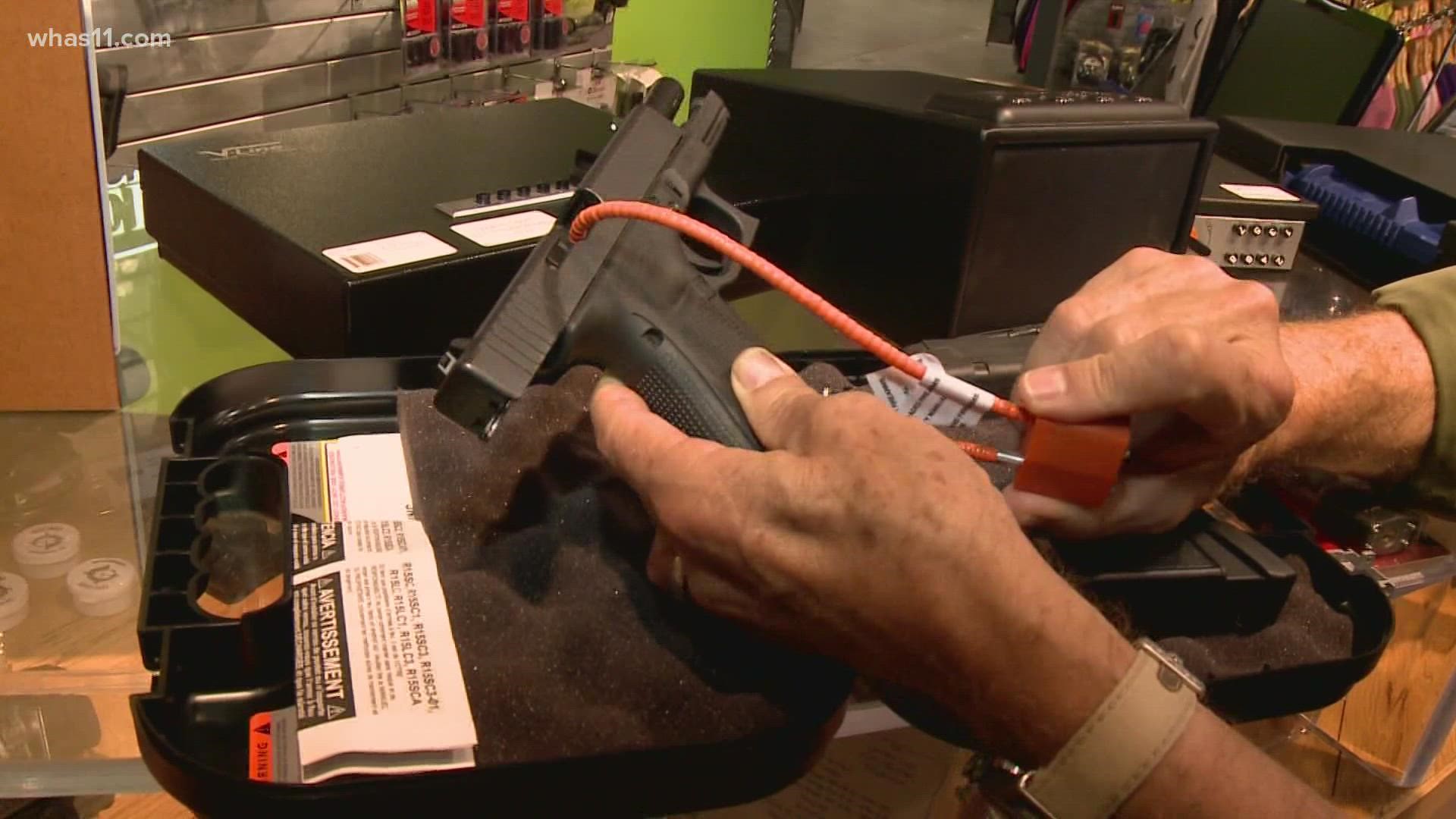 LOUISVILLE, Ky. — LMPD Chief Erika Shields wants action from Louisville gun owners to make sure their weapons don't get into the wrong hands.

In its latest podcast, LMPD said guns stolen from cars continues to be a big -- and avoidable -- problem. 193 guns have been reported stolen from vehicles so far this year, according to the Department's data.

Of those, 43 have come within the 3rd division, which includes PRP and Valley Station. It's the area hit hardest two years in a row.

"Make a commitment to be a responsible gun owner," Chief Shields said.

Shootings are up across Metro Louisville, and LMPD said car break-ins aren't helping because of what thieves are finding inside fairly easily.

"That gun could shoot somebody you love," Officer Matt Sanders said.

Chief Shields said most people breaking into cars try to get in and out as fast as possible, so they likely won't waste time trying to get into a lock box. She said it's time for gun owners to invest in one.

"If they can't get into the lock box, which they're not going to be able to, it's one less stolen gun we have to contend with," Chief Shields said.

The Louisville Field Division for the Bureau of Alcohol, Tobacco, Firearms and Explosives is showing the same urgency.

"The firearms that are often stolen from residences or vehicles don't often come from the city, but make their way into the city and are used in violent crimes here," Special Agent in Charge Shawn Morrow said. "It's important to take care of our neighbors. You can be a part of the solution."

Ruth and Jerry Hilpp have called PRP home for decades. In recent years, they say they've noticed an uptick in crime and have adjusted accordingly -- setting up a home alarm system and double locks on their doors.

"Six months ago, I never locked my car in my driveway. I do it now every day," Jerry Hilpp said.

Hilpp said he owns a gun to have with him in his car, as do many of his neighbors. We asked whether they have considered lock boxes.

"If you want to call my pocket a lock box, then yes I do," Jerry Hilpp said. "If you put a lockbox in your car, and they break into your car, don't you think they'll take the box?"

While the Hilpp family and others have already made some safety adjustments on the day-to-day, taking that next step looks likely to be a process going forward.

"All gun owners have a responsibility to secure their weapons," Morrow said.