A smaller gathering of about 30 people gathered in Thurman Hutchins Park for a few hours and never came downtown, LMPD says. 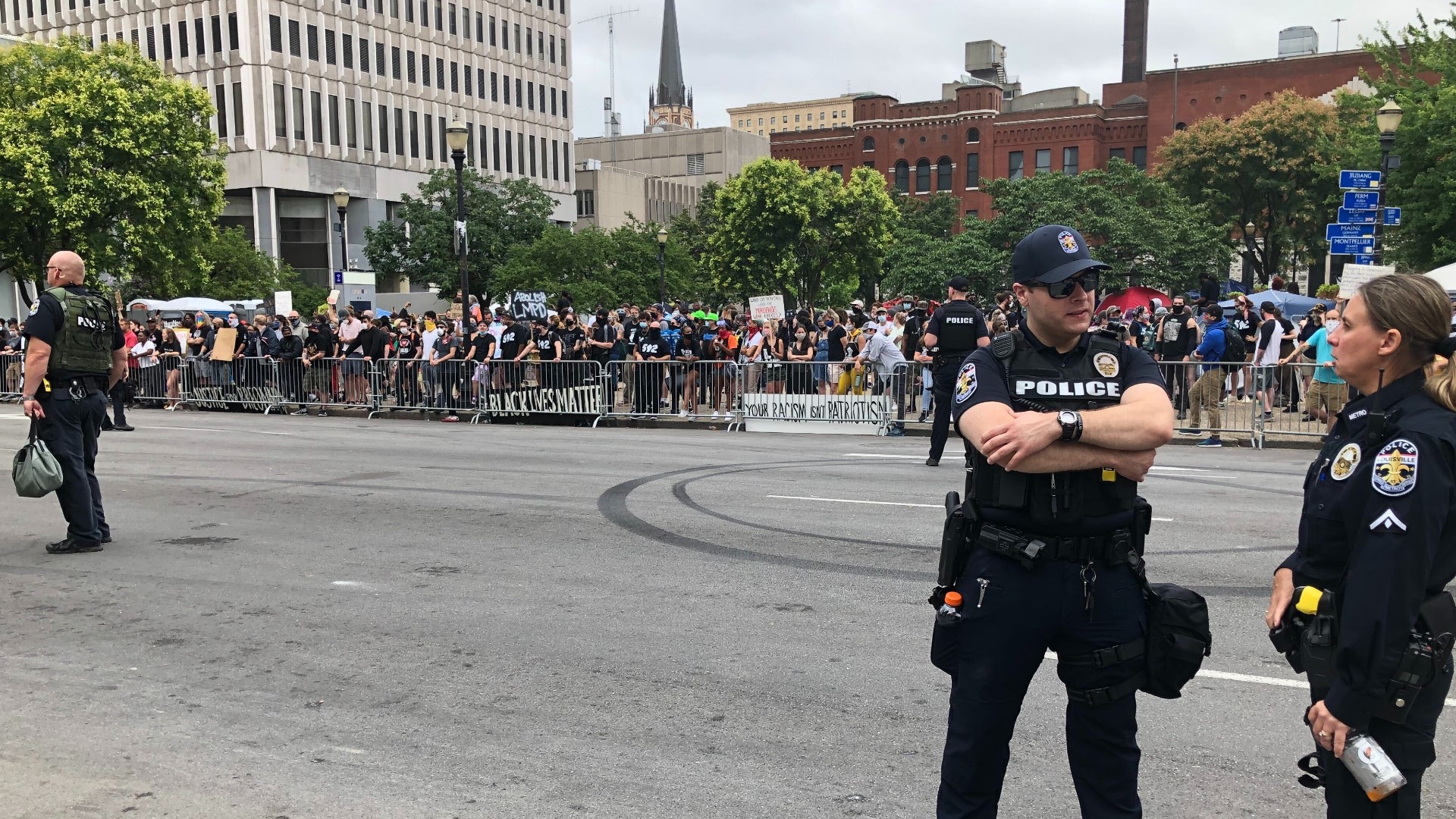 LOUISVILLE, Ky. — As rumors about an armed group coming to downtown Louisville continue to circulate, LMPD has made plans to close some streets—between 5th and 7th, and 6th between market and liberty—around 6 am Saturday

Just hours before those roads close, protesters at Jefferson Square expressed their feelings about what might happen.

"We've got people that's been down here every day, 30 days, with no guns, no weapons, no one of that," said Montex Jones. "I feel like that is very, very disrespectful to the cause and what I'm fighting for."

"Protest downtown remained peaceful throughout the day. Counter protesters who indicated they would come to Jefferson Square Park did not come to the area. Rather, a smaller gathering of about 30 people gathered in Thurman Hutchins Park for a few hours and never came downtown. About 12:30 p.m., LMPD officers were able to open the streets back up to allow traffic to flow and remove barriers meant to separate opposing protestors."

Saturday morning | Protests have been going on downtown all morning. So far everything has been peaceful, LMPD has blocked streets in the impacted areas.

Previous: To separate the two groups, LMPD is putting up secure barriers. Police are using bike racks to keep the two groups from having any contact with each by keeping them on opposite sides of Jefferson Street. They also will have a presence at Jefferson Square early in the morning.

On Twitter, Louisville Mayor Greg Fischer had a message for the counter protesters, "Again, we have a simple message for counter-protesters that may be planning on coming to downtown Louisville this weekend: We don’t need you here. Our focus is on facilitating peaceful protests."

While they are expecting crowds, businesses won't be.

"We're actually going to be closed tomorrow, we're normally opened on Saturday," Brandon Pipkin a manager at Jimmy Johns downtown. They are located right next to the dozens of store fronts boarded up and closed and right down the street from where the armed group is planning to come.

"We were actually open during the first two weeks of the protesting and I always showed my love and support because it could be me out there," Pipkin said. "I agree to disagree. I agree with you using your freedom of speech, but I don't agree with how you're using it."

The protesters that have been out for a month are hoping to stay peaceful, but continue to be nervous about what could happen.

"I feel like they're just trying to destroy what we're building," Jones said.