LMPD: Pedestrian struck and killed on I-64 E at 22nd Street

According to KYTC pedestrian was struck and killed. All I-64 Eastbound lanes have been blocked for reconstruction. 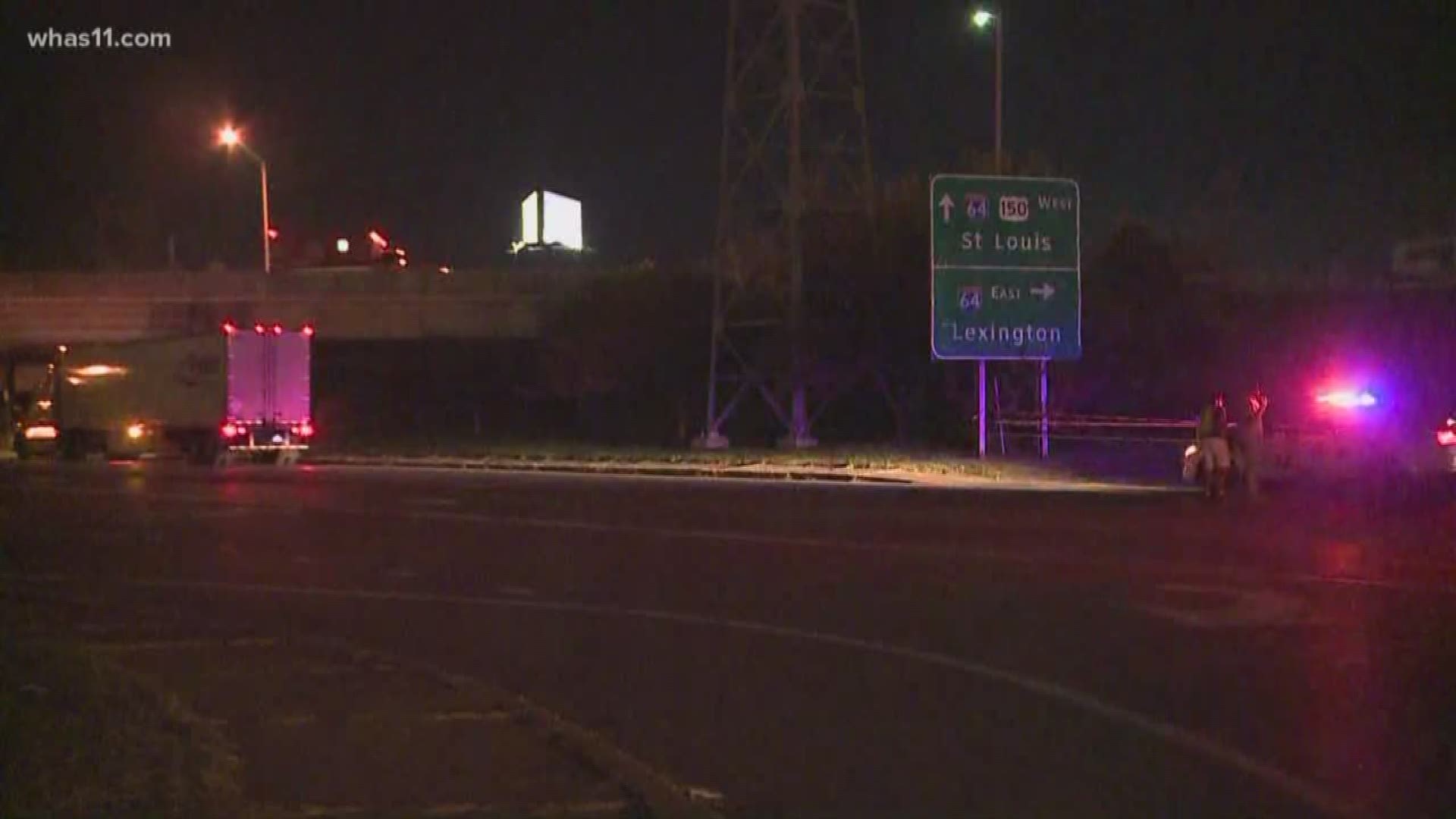 LOUISVILLE, Ky. — According to MetroSafe, a pedestrian was stuck on I-64 east at 22nd Street.

KYTC says the pedestrian was struck and killed after being hit by multiple vehicles.

All I-64 Eastbound lanes have been shut down for reconstruction after fatal crash.

A police spokesperson said in a press release: "This evening shortly before 10:00 p.m. LMPD's First Division and Traffic Unit both responded to a report of a female pedestrian struck by multiple vehicles while walking in the slow lane of I-64 EB near 22nd Street. Once on scene, authorities learned the pedestrian was struck by at least five vehicles, four of which remained at the scene and one that returned to the scene. The pedestrian, WF / 20s - 40s, was pronounced deceased on scene. Investigators have not been able to determine why the pedestrian was on the expressway. No charges are anticipated and all EB lanes of I-64 near the junction are expected to remain closed for at least another 1 1/2 - 2 hours."