Louisville officer reunites with men who protected him during downtown protests

More than a month after a photo of demonstrators protecting a police officer, the men reunited Sunday for the first time. 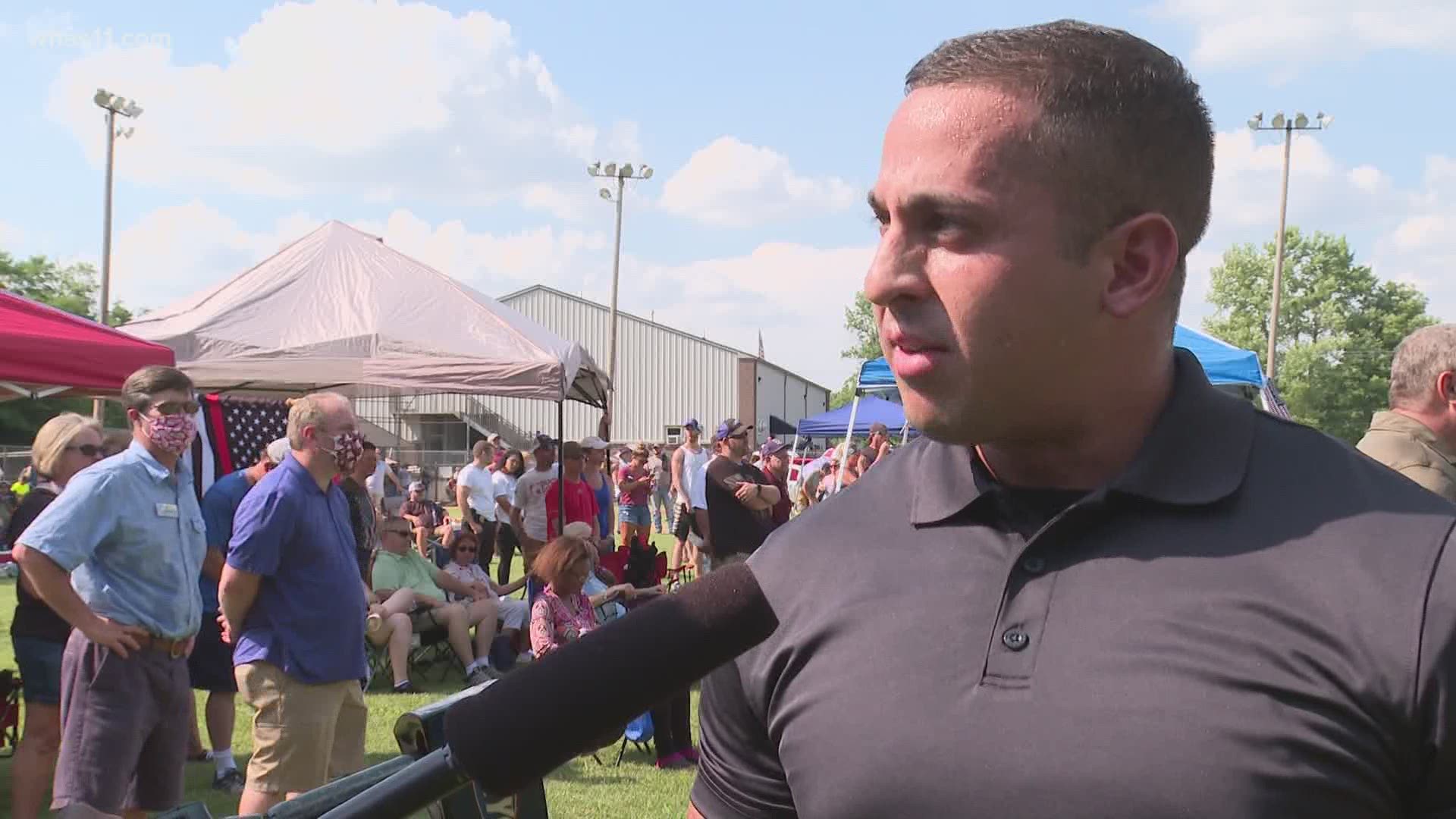 LOUISVILLE, Ky. — After weeks of strained relations, an unlikely appearance and a meet and greet between protesters and police at a pro-police rally.

One moment captured during the demonstrations calling for justice in the fatal police shooting of EMT Breonna Taylor, showed five men gathered in a human chain protecting an officer.

Sunday, at a pro-police rally, the men met for the first time in person since the incident.

“Lone cop – many angry people. This man could attack – they could attack, and I saw his panic on his face and I was like why would you come out here by yourself,” Christopher Gales said.

Darrin Lee, another man who protected the officer said they formed a brotherhood that night when they were together – not only saving the officer’s life but saving each other.

Officer Hinshaw was responding to another officer surrounded by protesters in his squad car before he himself became an almost target.

Credit: The Courier Journal
Chris Williams (gray shirt) is shown linked arm-in-arm with other men protecting an officer after peaceful protests escalated into violence on May 29.

“Those guys stepped forward and recognized that I was in danger and formed a human chain and prevented me from getting injured,” Officer Galen Hinshaw said.

It was an unlikely pairing, showing our country even in the face of adversity that two sides can come together.

“I’m a convicted felon. I’m not afraid to say that but I’m on a different path. I stood up for that officer because I saw a man at the end of the day behind all that gear,” Gales said. “At the end of the day, the same way if I cut my wrist, if he cut his wrist, I don't care if you're white, black, Asian, Puerto Rican, Latino, anything else – we’re all human beings at the end of the day.”

To this day, Hinshaw said the moment still makes him emotional

“I’ve cried over this incident in the past, it’s all very emotional and I’m thankful for them, you know, and they've recognized the good person I am and that’s why they’re here. almost all police officers are great people,” he said.

Gales added, "I want to know -- like I said to him, would y'all do the same for me? And that's what everybody is asking -- every black and brown [person] is asking."