In 2016, Lieutenant Jill Hume accused the department of failing to protect her from another lieutenant who sent her sexually explicit photos. 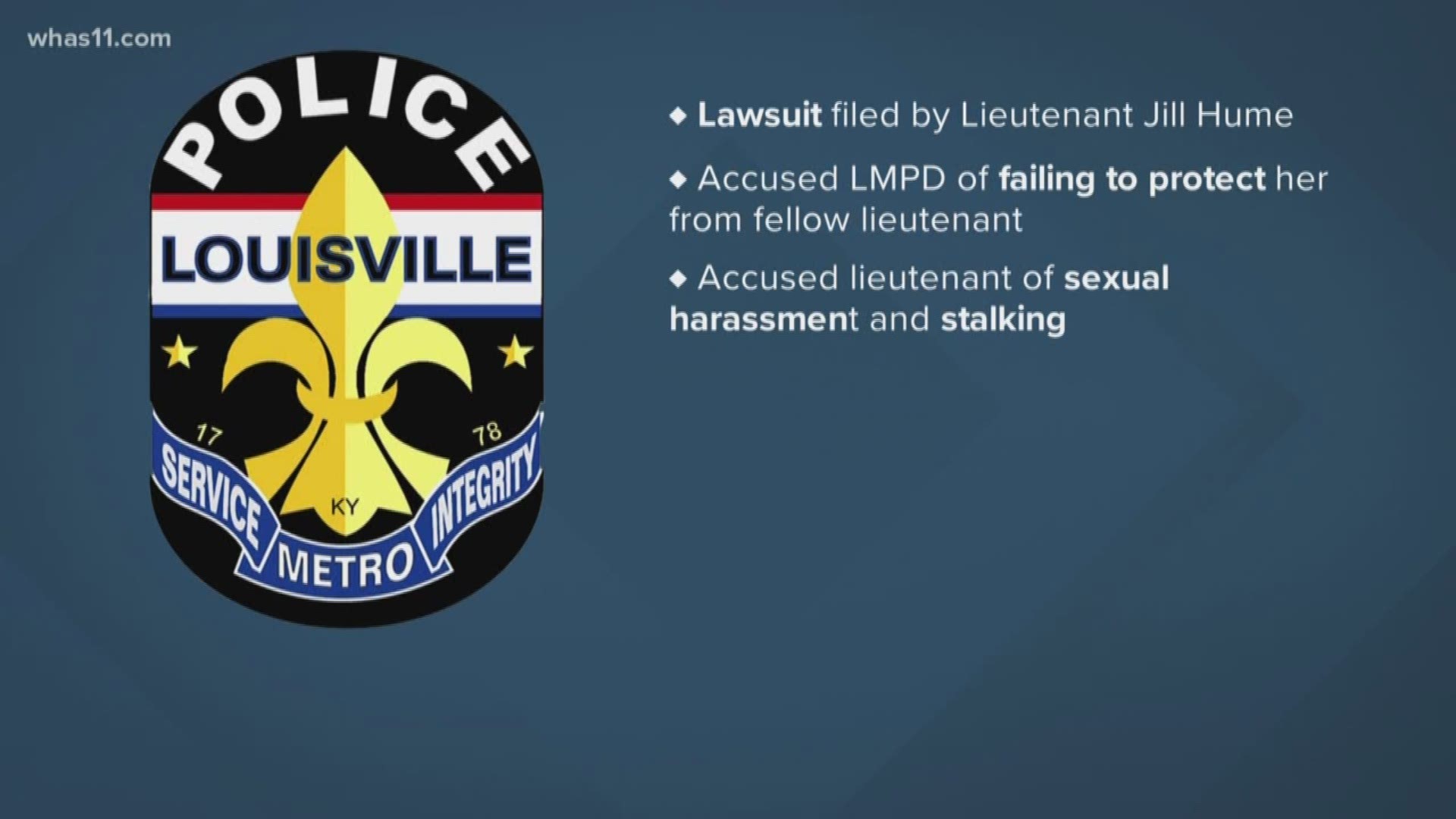 LOUISVILLE, Ky. — A jury has awarded an LMPD lieutenant $1.2 million in her sexual harassment lawsuit against the department.

In a lawsuit filed in 2016, Lieutenant Jill Hume accused the department of failing to protect her from another lieutenant, Robert Shadle, who sent her sexually explicit photos. Hume said in addition to sending the photos, Shadle also repeatedly showed up to events and meetings she was attending despite no-contact orders.

At the time, Shadle was suspended without pay for 20 days for conduct unbecoming an officer.

Hume is not commenting on the verdict because she is still a department employee, but her attorney, Thomas Clay, said the verdict sends a strong message to the mayor and chief that there is a problem that needs to be addressed.