The report resulted in no LMPD officers being involved or violating policy. 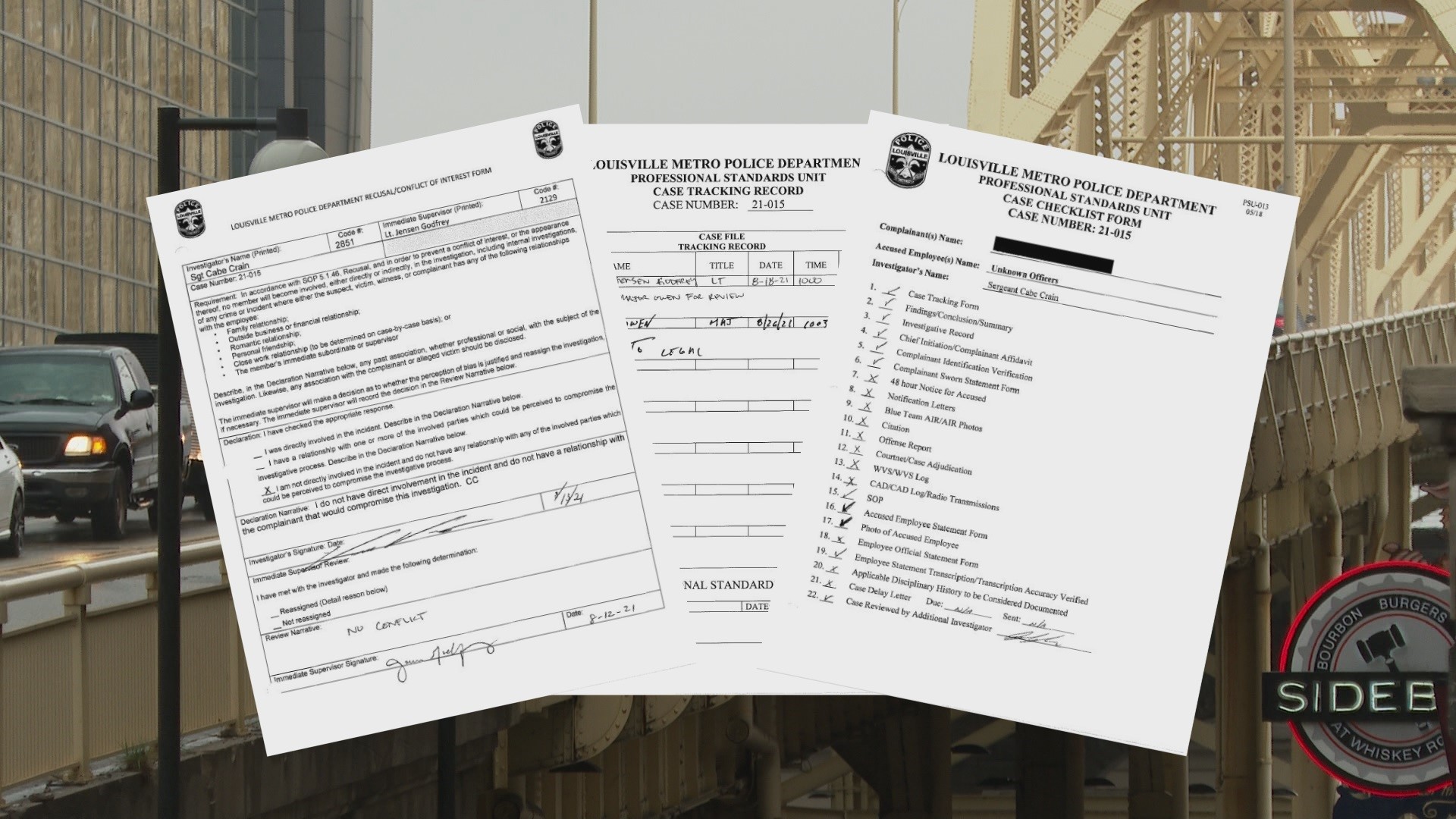 LOUISVILLE, Ky. — We first brought you the story of an Indiana man who claimed he had a traumatizing experience with LMPD officers during a traffic stop in April 2021.

An investigation by the professional standards unit found those claims were baseless.

The nearly 200-page report from LMPD’s public standards unit shows a very detailed report by Tomas Montalvo about what happened the morning of April 9. But four months later, the report was completed and found the traffic stop Montalvo claimed gave him PTSD, did not happen as he said.

Around 6 a.m. on April 9, Montalvo said he was driving across the Second St. bridge, from Indiana to Louisville for work.

Then, on a stretch of Second St. between Muhammad Ali Blvd. and Guthrie St., Montalvo claimed he was pulled over by two unmarked cars with police lights. He said they pulled their guns.

In an interview with police, Montalvo said he asked why he was being pulled over and the officers said he had a warrant in Florida.

Soon, Montalvo claimed a supervisor came and said he was not the man they were looking for, and Montalvo was let go after about 25 minutes total.

In the interview, Montalvo said “I started to shake and I got anxiety and he told me to stop [expletive] moving and I told him that I couldn’t cause I was having a panic attack. And he pulled his weapon outta his holster and I just started looking towards the front of my vehicle.”

We spoke with Montalvo’s wife, Dr. Jennifer Ortiz back in April shortly after he claims he was pulled over. Ortiz said she was 100% confident the stop occurred.

“I mean, he is having nightmares,” Ortiz said in April. “He is waking up screaming and he has his hands raised like someone would if they had a firearm pointed at them.”

The investigation cites an interview with Montalvo, interviews with LMPD officers, information from the U.S. Marshall’s Office and the FBI, as well as videos captured from six businesses and organizations in the conclusion that there was no traffic stop.

In particular, cameras from the Pendennis Club show the entire area where Montalvo said he was stopped, but video from that morning does not show a traffic stop occurring.

The investigation did not result in a finding of false reporting. It resulted in no LMPD officers being involved or violating policy. We reached out to Ortiz for a comment on the report, she has not responded to our request.