'We're going to support her until she shows us otherwise': Community looks for transparency in new LMPD chief

Erika Shields arrives in Louisville after serving for more than three years as the police chief in Atlanta. 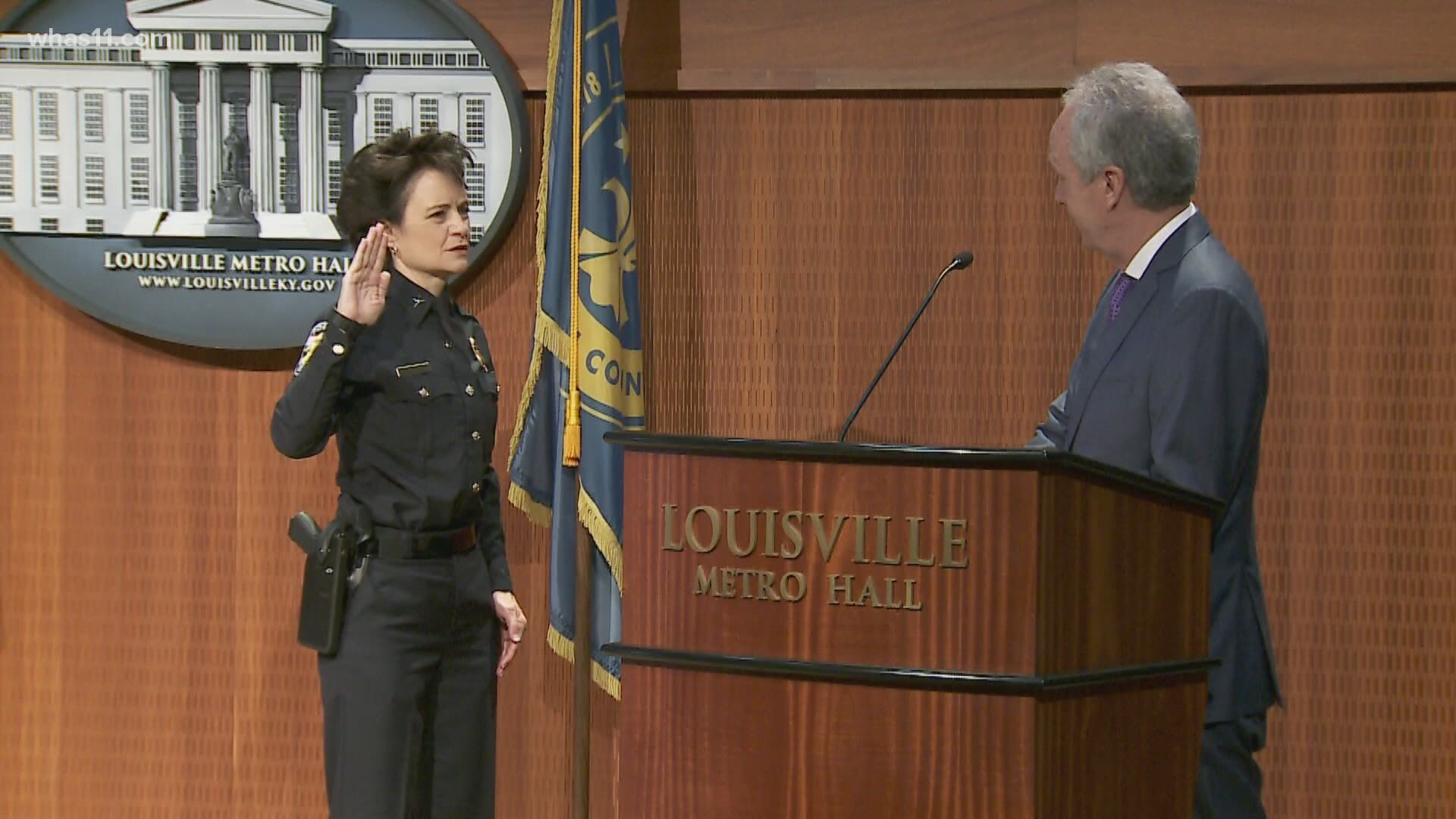 LOUISVILLE, Ky. — As Erika Shields takes over the top post at the Louisville Metro Police Department, a community that still has a tenuous relationship with law enforcement is watching to see how she will approach her new job as police chief.

Trumbo said she had hoped for a Black police chief that could better identify with many of the issues concerning discrimination and systemic racism that have impacted Black citizens in Louisville.

"There is a dynamic, a system of racism, that we've been fighting for a long time, that sometimes a white chief may not understand," she said.

But Trumbo and others said they are open to giving Shields a chance to prove herself to the Louisville community.

"We're not coming in with a negative vibe," she said. "We wanted what we wanted. However, we're going to support her until she shows us otherwise."

Shields arrives in Louisville after serving for more than three years as the police chief in Atlanta. She resigned last summer after the death of Rayshard Brooks, a Black man shot and killed by an Atlanta Police officer. Her history has led some to question whether she will be able to help heal a Louisville community that is still feeling the effects of the death of Breonna Taylor.

"I know we have the negative of her coming from Atlanta and what happened down there and everything, but yet you got to give her the opportunity," Ken Condra said.