"I am sorry. LMPD is responsible for this," Chief Erica Shields said. 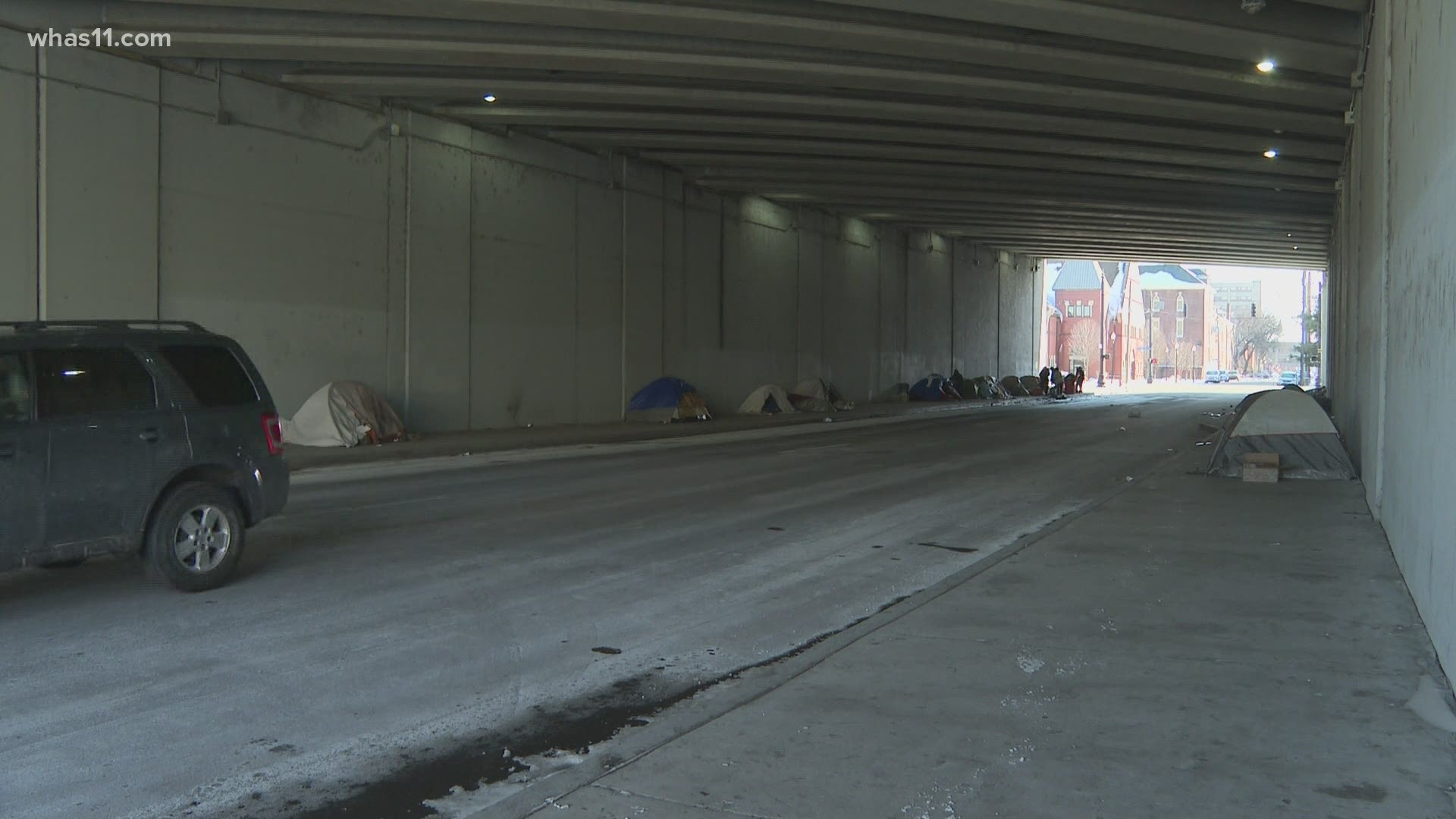 LOUISVILLE, Ky. — LMPD Chief Erika Shields and other city agency leaders said the homeless camp clearout at Market and Hancock Streets was a "mistake" and "human error" but not "ill intent."

"I am sorry. LMPD is responsible for this," Chief Shields said.

Shields says public works was meant to clean the site on Feb. 19th, but she said a miscommunication between LMPD officers caused the camp to be cleared, leaving nine people displaced and without their belongings.

"All of the officers there were well-intentioned," she said. "At the end of the day they did what they believed they needed to do or were supposed to be doing."

"On behalf of the constituents of district 4, we do not accept your apology," Councilman Jecorey Arthur said.

Arthur, who represents the downtown district, and other councilmembers, grilled Shields, Metro Public Works, and the Office of Resilience and Community Services about what broke down two weeks ago.

"It sounds to me like what happened here is a police officer said 'do this' and public works said 'okay' and we just have to understand there's that sort of power dynamic, isn't it?" Councilman Bill Hollander, (D-8) said.

Chief among the frustrations, was what councilmembers say is a lack of one person in charge of the process for checking out homeless camps and overseeing their clean-ups and clear-outs.

"At the end of the day only one department should be calling the shots," Councilman Brent Ackerson, (D-26) said. "This is where the system falls apart."

The agencies all said Tuesday night during Metro Council's Government Oversight Committee meeting that they're currently working on changing and improving their policies surrounding homeless camps.

Shields said lack of policy was the main cause for what happened and that the department is updating its internal guidance on homeless camp procedures.

"By not having an established practice, this is how stuff has fallen off," she said. "At the end of the day, if we're going to minimize errors within the department the policies have to be clear, and they've got to be direct and to the point, and we didn't have that here."