LMPD officer returns to work one week after being shot

Major Aubrey Gregory was one of two officers injured in a shooting that took place during last Wednesday's protest. 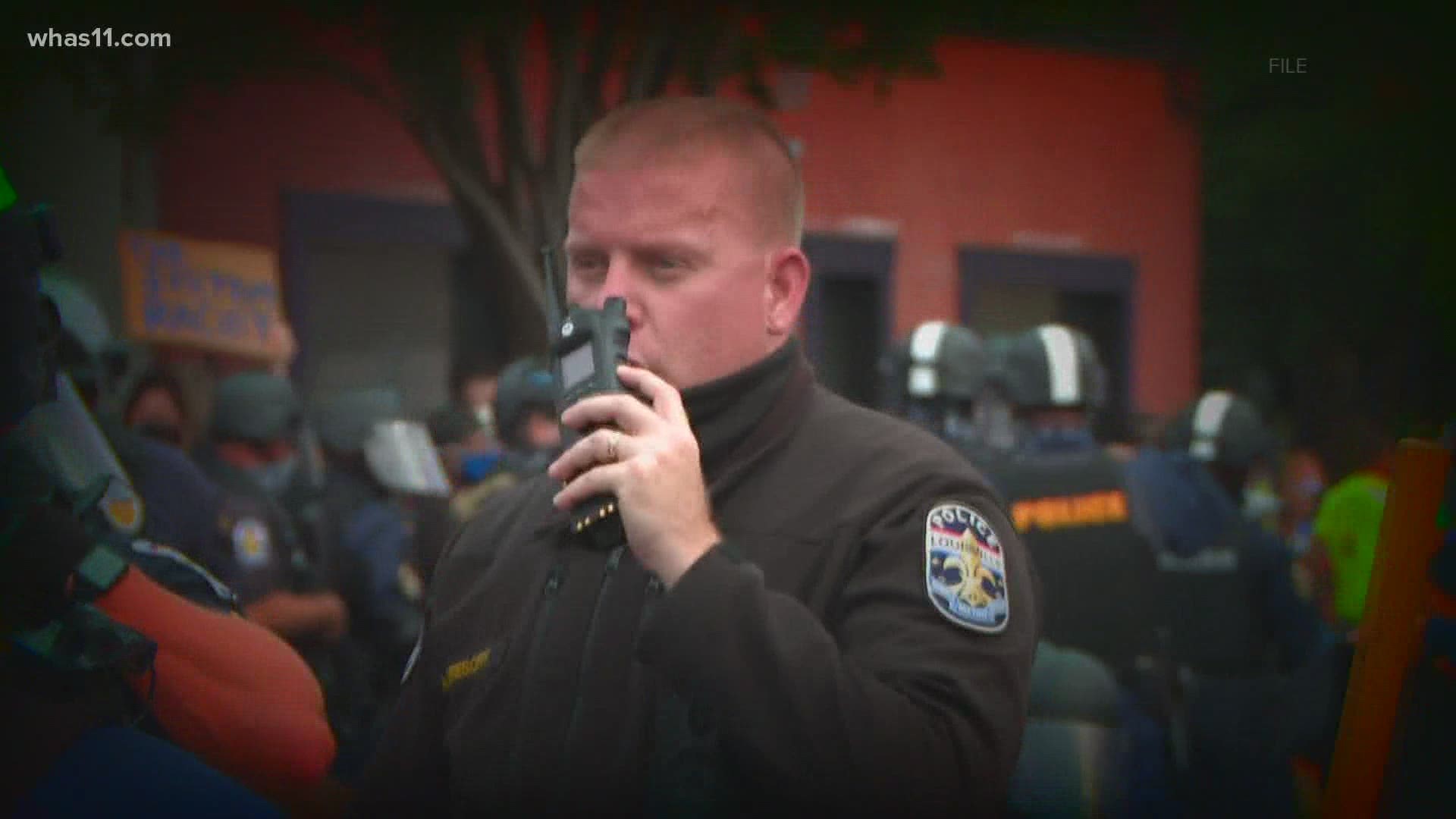 LOUISVILLE, Ky. — One week after being injured in a shooting, LMPD Major Aubrey Gregory returned to work on light duty.

Gregory was one of two officers injured in a shooting that took place on the night of Sept. 23, after the grand jury's decision in the Breonna Taylor case was announced.

Gregory was shot in the hip and suffered multiple wounds.

"I never cleared my holster. I never drew my gun. I took my hand off my gun and realized my hip was on fire, and I had been shot," Major Gregory explained during a press conference on Wednesday.

Another LMPD officer, Robinson Desroches, was shot in the abdomen and was rushed into surgery.

Gregory, who will be on the desk while recovering, also said that Desroches is recovering well.

"I had the opportunity to speak to him yesterday, he seems to be in good spirits, he's finally up and moving around," Gregory said.

Police arrested Larynzo Johnson in connection with the shooting.

Johnson is charged in connection with the shooting of the two officers. An arrest report shows Johnson was charged with 14 counts of wanton endangerment and two counts of assault. He plead not guilty last week.

In a press conference Wednesday, Gregory detailed what happened on that night and expressed his gratitude for the staff at the hospital as well as his fellow officers for taking care of his injuries.

"The other officers putting themselves and their lives on the line, came over and picked me up and got me out of there quickly to the ER," recounted Gregory. "The ER where the ER doctors were fantastic in taking immediate care for me."

When asked about being met with gunfire beside other officers, Gregory expressed his feelings.

"For that to happen, after all the work we've gone through, and all the opportunities and changes we've put in place to make sure that all First Amendment rights are protected but is done so in a peaceful and lawful way, to have that be shattered like that... it's disheartening, and it's frustrating," Gregory said.

Last week, the Major was met by applause at his team's roll call, less than 24 hours after being shot.

He got emotional Wednesday, talking about the moment that meant most to him: returning home to his wife and kids.

"Seeing someone trying to, in their minds kill me, when all I'm trying to do is serve the community, that is very difficult for them to deal with," he explained.

Gregory said he has gotten assistance for mental health support from LMPD following the shooting.

As he continues to recover, he hopes the community will heal with him and send a simple message to Louisville:

"Through the struggles, we hopefully will find a way forward together," he said. "If we can't come together to find solutions, then we're not going anywhere, and hate and violence progresses nothing. It's only when we can come together with a mutual respect and love that we can communicate in an effective way and make real change."