In a statement Thursday, LMPD said upon further review a SWAT vehicle hit a protester's car that was attempting to leave the area. 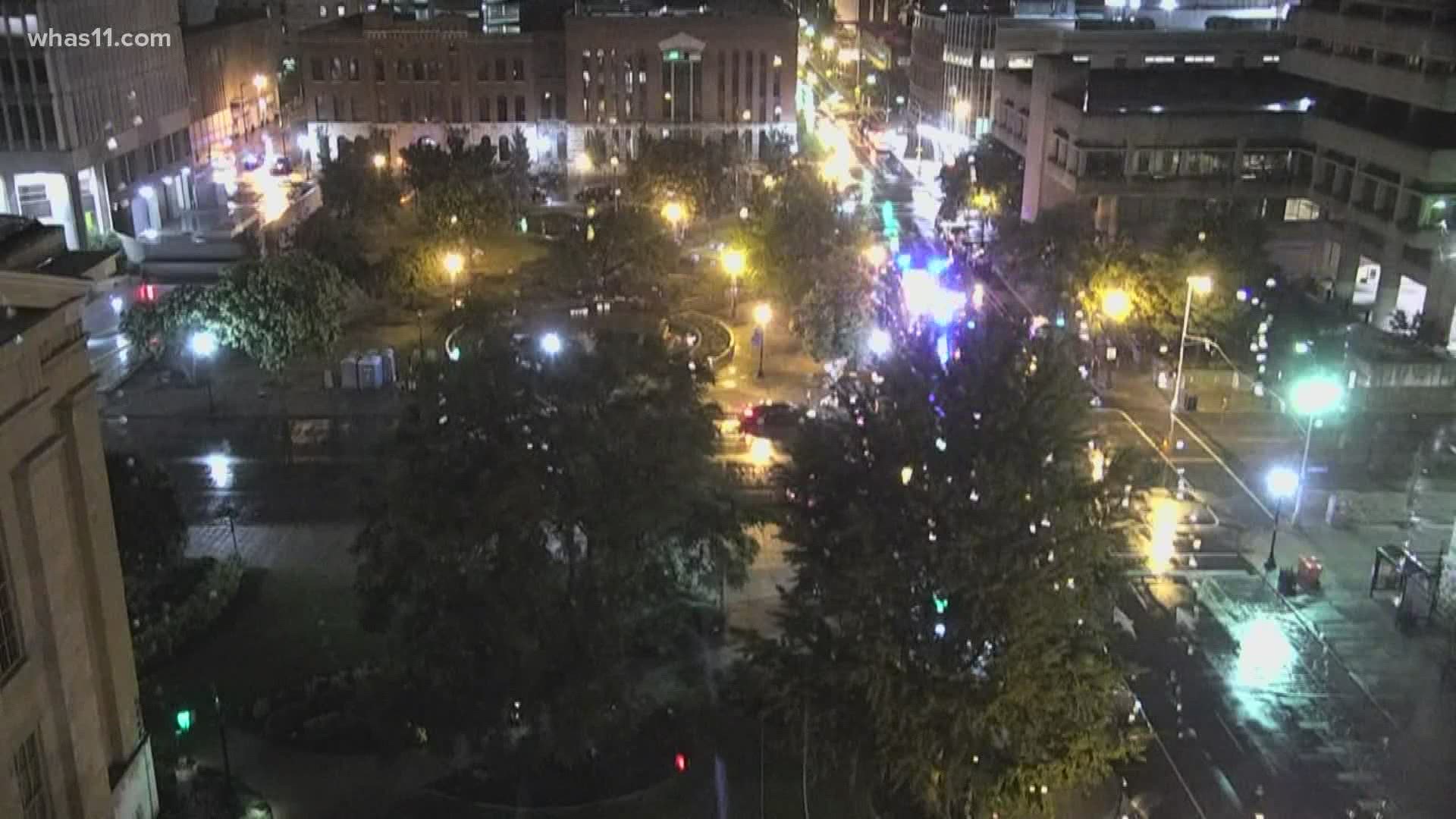 LOUISVILLE, Ky. — Editor’s Note: We have updated this story to reflect information that an LMPD SWAT vehicle was not damaged by protesters. WHAS11 reached out to the police department Wednesday asking for more answers after hearing from protesters on the scene that it was inaccurate. We filed an open records request for video from body cams and/or surveillance cameras at the park. Today, LMPD backed off the claim.

LMPD initially said a protester in the car caravan hit a SWAT car near downtown. WHAS11 filed an Open Records Report and a request for body camera footage of the incident Wednesday after protesters on the scene said LMPD's initial description of events was inaccurate.

"It appears our SWAT vehicle was not rammed by a protest vehicle as released earlier," police said in a statement. "Our vehicle did hit a car attempting to leave the area of the Chase bank."

"As police attempted to block that vehicle from leaving the Chase Bank parking lot, it drove over the curb towards the sidewalk in an attempt to get away," the statement continued. "Fearing for the safety of the pedestrians on the sidewalk, we struck the vehicle in attempt to preserve human life."

In its initial statement, police said there were "four accomplices" of Dickerson that were passengers of his vehicle and "fled on foot," and later arrested. According to LMPD, one of the passengers, 23-year-old Alpintino Johnson, was in possession of a stolen AK-47 rifle.

According to LMPD, 20 people were arrested in connection to the protest. Police said the arrests were prompted by reckless behavior, aggressive maneuvers and failure to disperse by those demonstrating.

According to LMPD, each time officers tried to divert the caravan into different directions, they were met with aggressive behavior.

The area was secured about 12:30 a.m. and LMPD maintained a presence in the area.

WHAS spoke with Cortez Dickerson Thursday afternoon about what he said is a different version of events than LMPD initially reported.

“I tried to turn make a left out to disperse like they were asking and they rammed my jeep and then I hit a wall," he said. "I'm a disabled veteran. There was fireworks, there's people everywhere, there's guns, it was a lot of things going through my mind and once I'm hit, the only thing going through my mind was I got to get out of this area so that’s when I sped up and continued down the street and then I was stopped again.”

Dickerson said he was alone in his vehicle both when it was hit by LMPD's SWAT vehicle and when his vehicle was stopped again by police.

"They need to go back and look at the tapes and see nobody jumped out of my jeep because I see they're not going back on that. There was no one in my jeep but me. And I was doing what I was asked to do as far as dispersing and I couldn’t go the right way because they had it blocked," he explained.

"I'm going to continue to peacefully protest like I've been doing. I mean, no material stuff is going to stop me. Human rights is more important than any jeep," Dickerson added.

Mackenzie Kraps, another protester, said she was near Dickerson's car Tuesday night when the situation unfolded. She began filming after Dickerson's vehicle was hit.

“I got out of my car to go ask him what his name was so I could go to the bail project so I could get bail started for him and to let his family know," she said.

That's when Kraps said she got arrested by officers.

"Y’all are in the wrong for this and I knew it so I just waited it out and I got out of jail 20 something hours later," Kraps said of LMPD.