A Louisville mom and her son have battled symptoms for weeks, but their coronavirus tests came back negative. This result is more common than you may think. 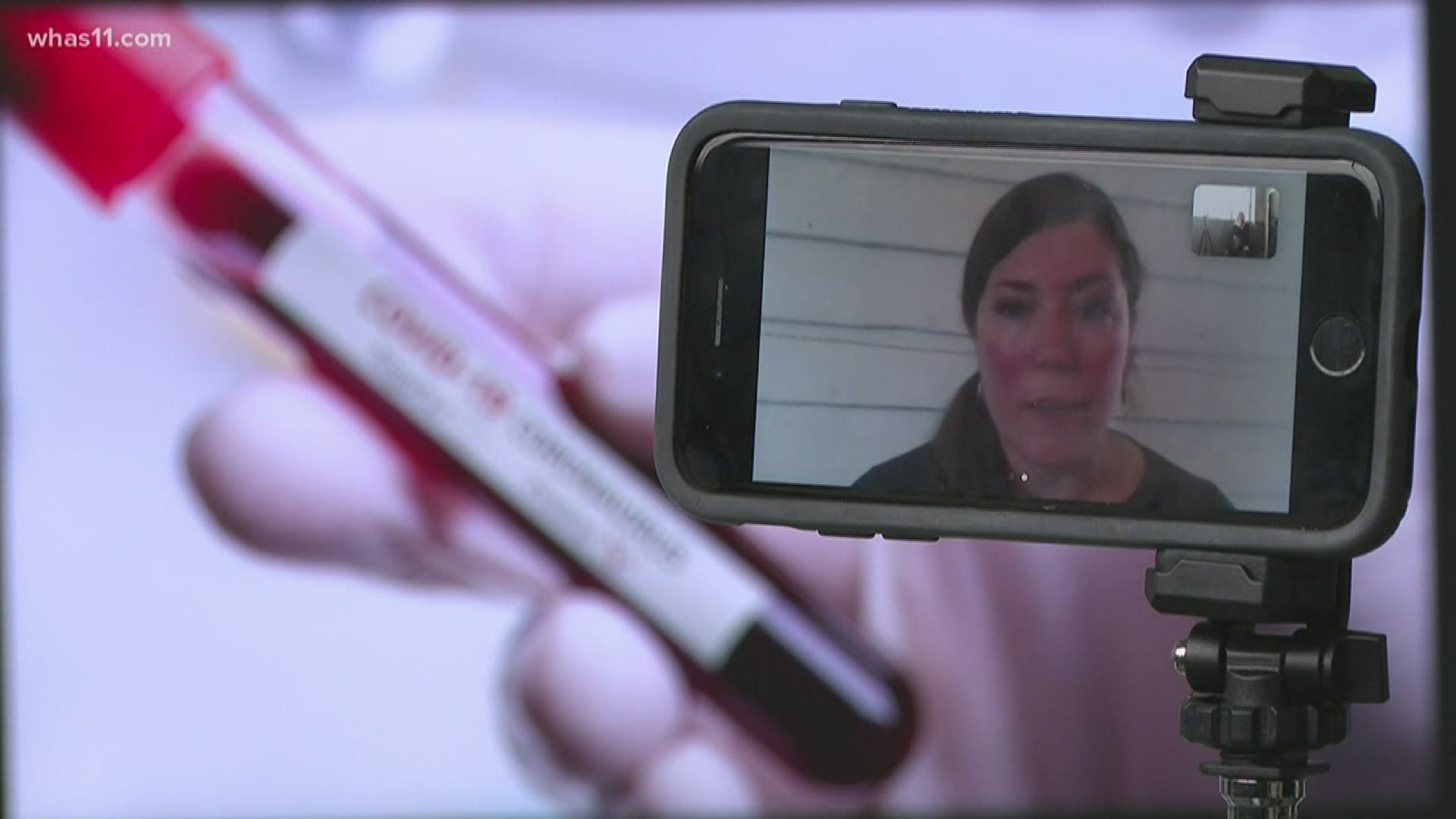 LOUISVILLE, Ky. — Although Louisville has the most COVID-19 testing sites in Kentucky and testing opportunities are expanding every day, some people are being told they are negative when they actually have the virus.

False-negative test results are more common than many people realize, and it's exactly what happened to Leah Wensink.

It was not easy for the 39-year-old mother to find a site that would test her. She says she was told over and over again that she was in too good of health and was too young.

Finally, Wensink got tested at the University of Louisville Hospital drive-thru location downtown and received her results about a week later. The test said she didn't have the virus.

"More and more symptoms just starting hitting me day after day, and I knew it had to be COVID," Wensink said.

So she went back to UofL look for more answers.

"I was like, look I got this negative result, I don't feel well and I've got all these symptoms," said Wensink. "So she said you had a false negative. And they are really common...I was completely shocked."

Jeff Grave, Chief Medical Officer at UofL's Mary & Elizabeth Hospital, said there are two different ways to get tested for the coronavirus. The more common test is the nasal swab, which becomes quite uncomfortable if done correctly.

RELATED: Louisville woman on the road to recovery after beating COVID-19

"Just because you got a negative, don't mean you don't have it," Graves said.

Wensink and her son both got the nasal swab. She believes she probably got sick from her son, who immediately showed symptoms at the beginning of March after they attended an autism retreat.

With mother and son at home sick, both with negative test results, it wasn't easy for her to explain to her child what was happening.

"Having a child that has special needs that doesn't understand what's going on, that may think is mom going to die, I don't know," Wensink said.

Wensink felt her and her son's results both came back negative for different reasons. With her son, she felt the swab was not inserted far enough.

"Now that I know how far [the swab] went in there, there's no way my son would have handled it like he did," Wensink said.

For herself, she felt it was too early to tell, which is a common reason for false negatives.

The second type of test is an antibody test through blood work, but sometimes the body does not produce antibodies immediately.

With these possible test discrepancies, Wensink worries about others in her position.

"How many people are out there that just don't know they have COVID-19 because they were told they didn't?" Wensink said.

She is encouraging everyone to act as though they have the virus in order to keep others safe.

"If you test negative, you still need to follow all the rules," Wensink said.

Despite these shortfalls, both Wensink and Graves still encourage as many people as possible to get tested. To find out where you can get tested in the Louisville area or southern Indiana, text "TEST" to (502) 582-7290 and we'll send you that information directly to your phone.

This story was inspired by a local resident on Nextdoor. Click here to see and comment on Jessie Cohen's Nextdoor posts. https://nextdoor.com/newspages/jessie-cohen-whas11-louisville-ky/?