After a little league team's equipment was stolen, a sporting goods store stepped in to help. 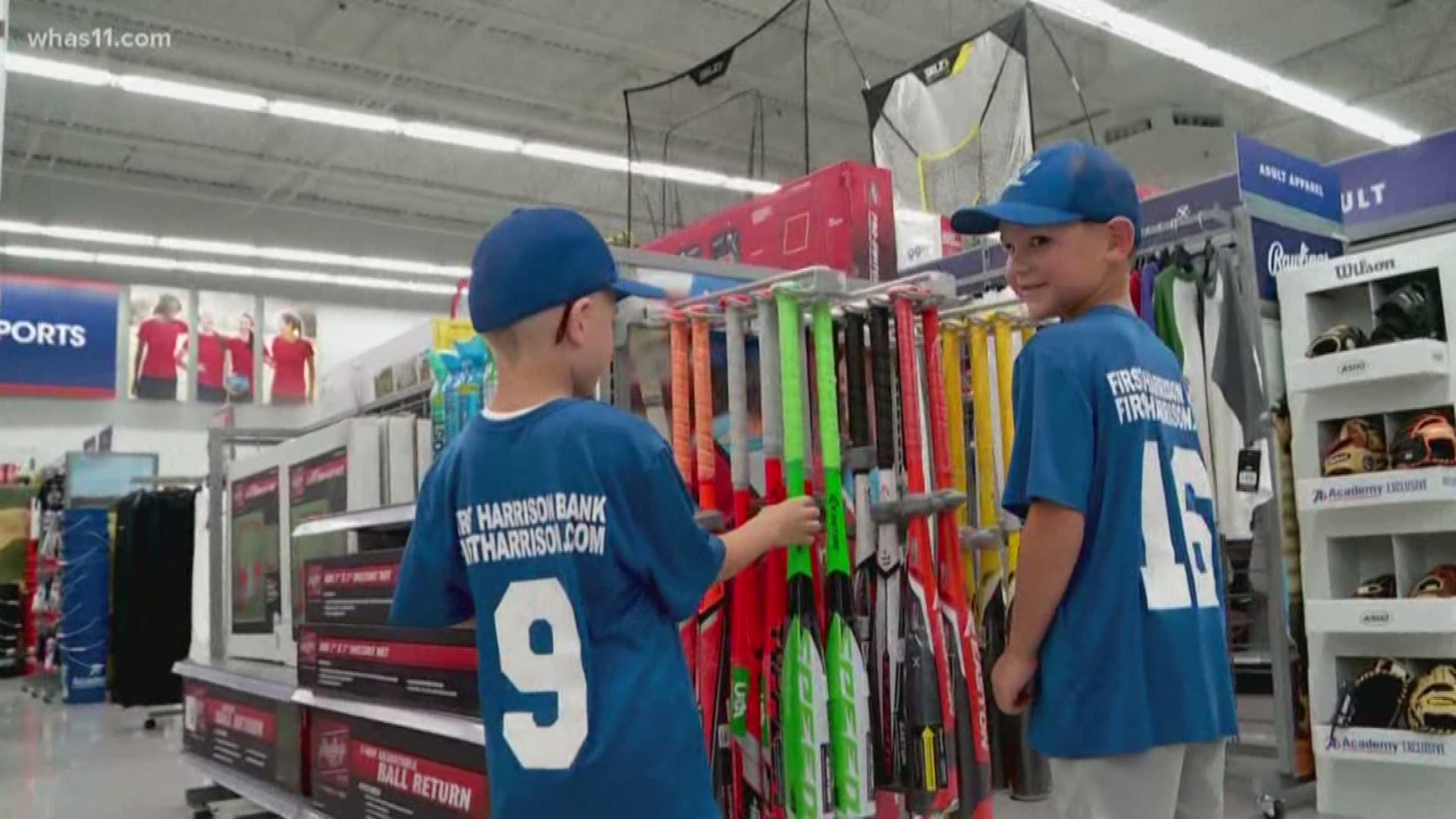 LOUISVILLE, Ky. — A local little league team is getting help after someone stole more than $4,000 worth of equipment.

The Academy Sports and Outdoors store on Outer Loop treated the Blue Lick Optimist players and coaches to a $1,500 shopping spree for new equipment. Steve Duncan, the store director, said he wanted to help out because he grew up playing baseball and is from the area of town the team plays in. He was able to secure gift cards for the team from the store's corporate partners.

"It means a lot to me and I hated to see that the kids were going to potentially do without some things for the rest of the season and maybe into fall. And I wanted to see if I could help out," Duncan said.

Chad Hagan, the president of Blue Lick Park, is grateful for the gift and said it is more than he expected.

"It's a great feeling. It's going to go a long way for our park," Hagan said.

According to Hagan, someone broke into the park over the July 4 holiday and stole equipment along with a four-wheeler used to maintain the fields.

Hagan said community groups have offered their help, and a GoFundMe page has been set up for donations.