'This is not a normal year.' | Louisville mayor announces 'adjusted' Light Up Louisville celebration

The city has announced plans on how it will mark the holiday season while it remains in a red zone during the COVID-19 pandemic. 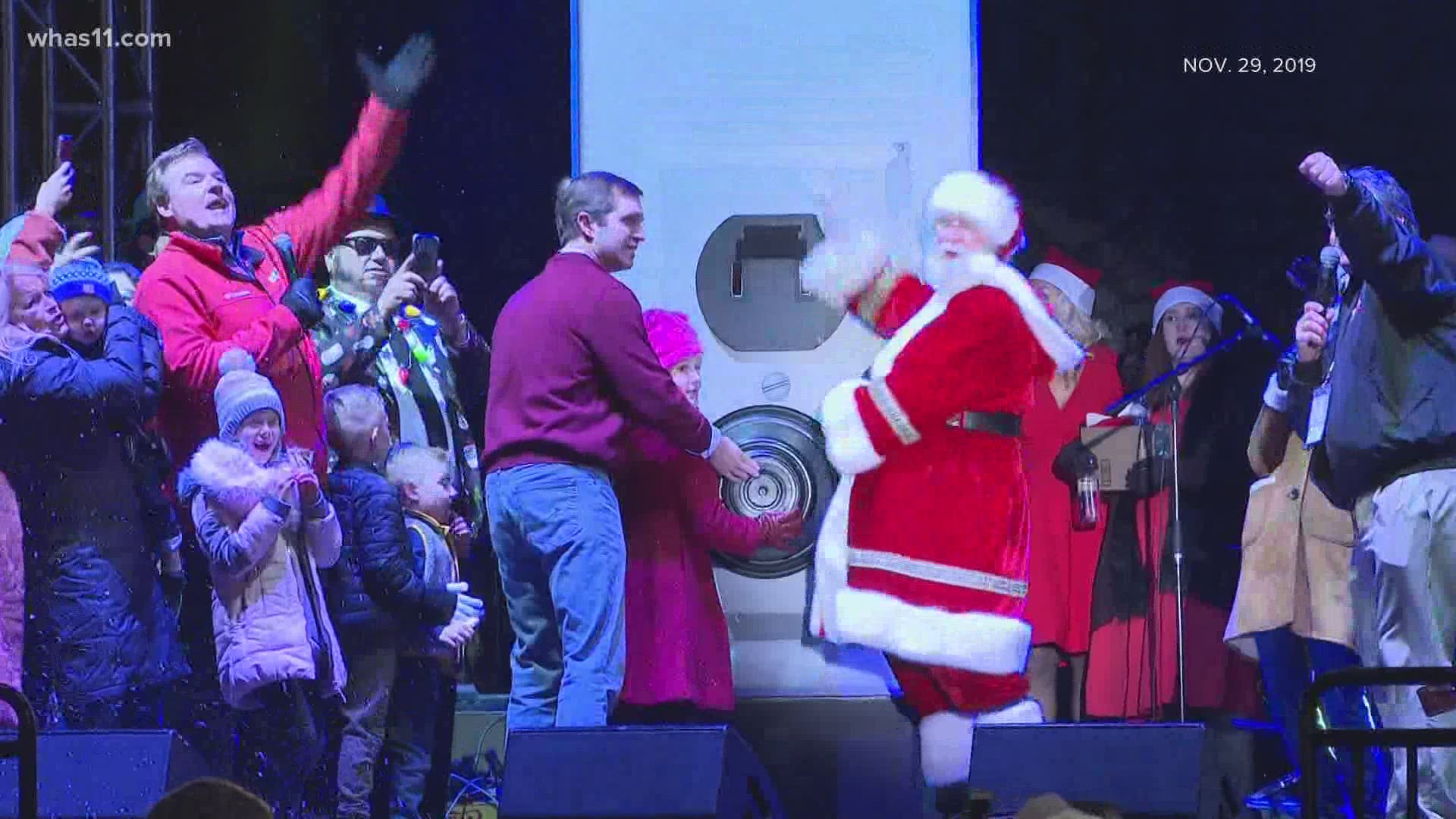 COVID-19 cases are rising in the county and state and city leaders said having a large scale gathering where it’s impossible for people to remain 6-feet apart was not appropriate.

“In a normal year, bringing thousands of people to celebrate this annual kickoff of the holiday season is a wonderful thing,” said Mayor Greg Fischer. “But this is not a normal year, and at a time when we see the number of COVID-19 cases and deaths rising steadily, our usual celebration is simply not safe. I am pleased, though, to announce alternative plans that spread the festivities around our community.”

How will Light Up Louisville work?

Well, holiday lights will be placed at Metro and City Halls while a brightly lit Christmas tree will be set up on the grounds of Metro Hall. There will also be a light display featuring a “rainbow” of colors to celebrate Christmas, Kwanzaa and Hanukkah which will represent the city’s diversity. Holiday-themed gobos will also go on display.

Mayor Greg Fischer is encouraging the community and local businesses to also put up their own rainbow of colors at their home and workplaces.

The arrival of Santa Claus is always a staple during the event so instead of him arriving downtown, he’s going to switch it up bit.

Officials said during his visit, Christmas music will be playing, and a large mobile screen will play highlights from previous Light Up Louisville celebrations.

Mayor Fischer is also urging people to share their photos from the event using the hashtag #AroundLou.

For more information on Light Up Louisville, click here.