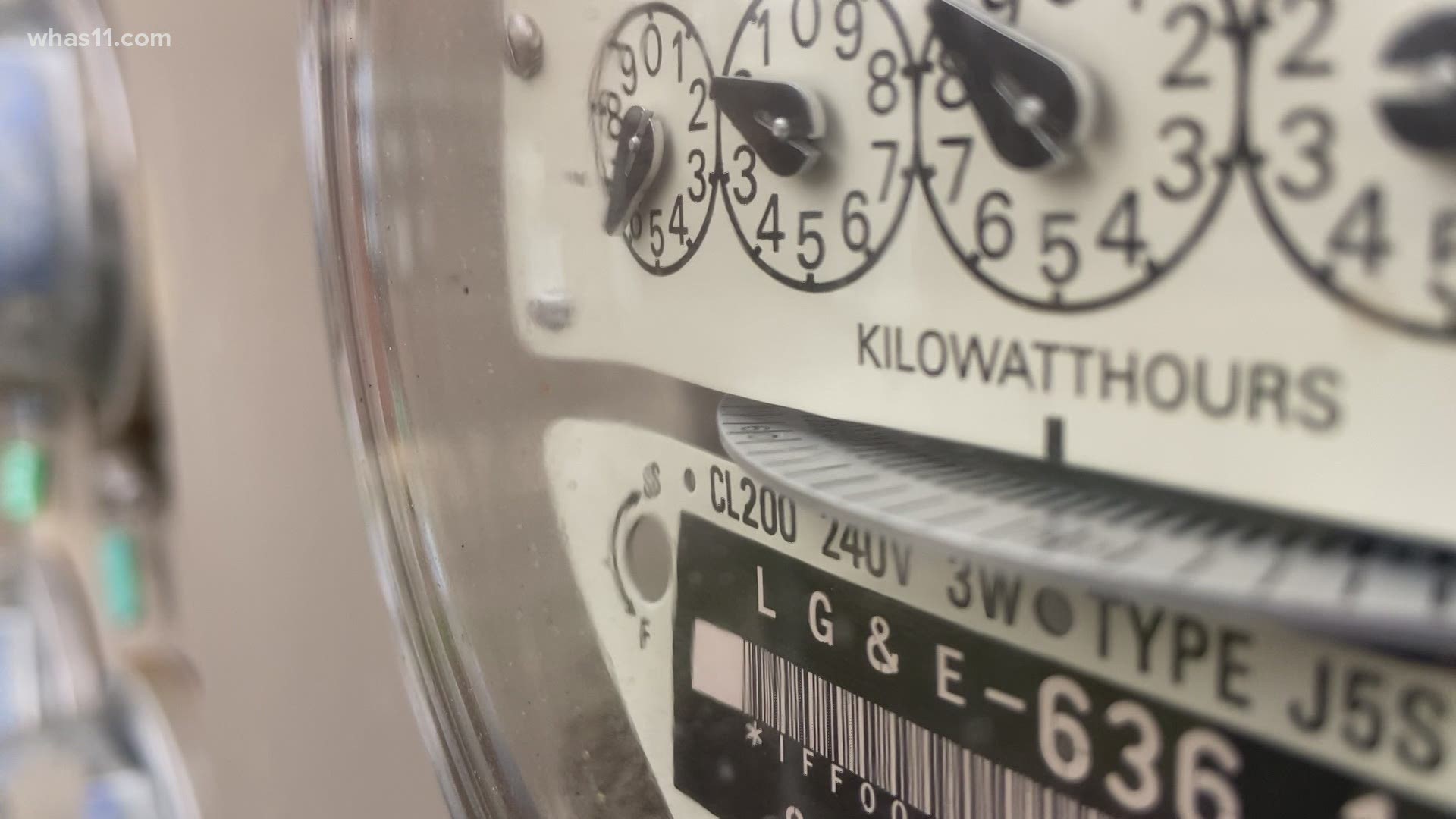 LOUISVILLE, Ky. — Right now, 28,000 Jefferson County residents are behind on LG&E payments. While Louisville Metro has announced a program to help customers with outstanding balances, LG&E is proposing a rate increase.

Louisville Gas and Electric has asked the Kentucky Public Service Commission to raise monthly residential electric bills by nearly 12%. The company has also asked to increase residential gas bills by around 9%. All together - you’ll be paying $214.92 more for the year.

The Commission will evaluate the filing and make sure it's complete, then put forth a procedural schedule, allows interveners and public comment. If approved, the increase would kick in mid-2021.

If approved, everyone's rates would increase the same amount no matter how much you use.

The increase would impact commercial and industrial bills as well.

It would also mean investing in automated technology that would pinpoint outages and help LG&E restore service.

“It’s no different than if you try to keep up on maintenance around your home or keeping up with maintenance on your car,” LG&E Spokesperson Natasha Collins said.

LG&E has acknowledged this is a difficult time financially for many of its customers and has actually delayed the filing for a couple of months.

"What we know is that customers have depended on us more than they ever have before due to things like work from home, do school from home, cook from home," Collins said.

The full increase also would not take effect until mid-2022 if approved, because of an Economic Relief Surcredit. That means in the first year, LG&E will credit customers and lessen the increase.

But even with the surcredit, Louisville Metropolitan Housing Coalition Executive Director Cathy Kuhn believes the increase would have a substantial and negative impact.

“Adding on additional costs associated with utilities could very well mean the difference in being housed or being homeless,” Kuhn said.

Kuhn also says since this proposal would increase the bill no matter how much you use, it’s going to hit low income households harder.

“Oftentimes, what we know is that low income people tend to use less than people living in larger homes,” Kuhn said.

A number of groups, including the Louisville Metropolitan Housing Coalition, are working to stop the increase from happening.

During the launch of the $10 million COVID-19 utility relief program, Mayor Greg Fischer said the city is also protesting the increase with the PSC.

"I understand LG&E needs to reinvest in their system to keep rates low, but the timing is bad," Fischer said. "There's a lot of people struggling right now, especially people at the low-income level, so that needs to be taken into consideration in a time like this."

Fischer said Lexington and other local communities are expected to join the protest, and said he is hopeful the city can negotiate to a lower amount.